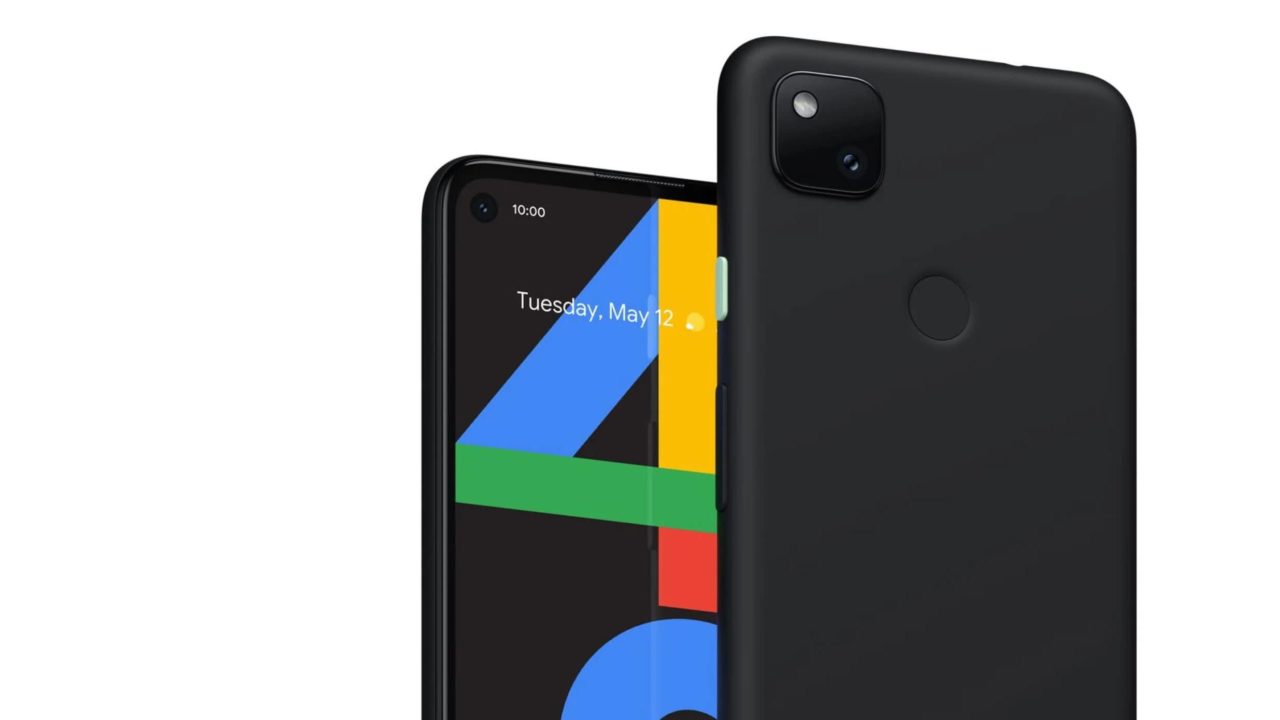 The upcoming launch of Googles next mid-range smartphone, the Pixel 4a, has been rumoured for months. But today, the Pixel 4a inadvertently showed up on Googles Canadian online store, effectively removing any doubt that the Pixel 4a is coming soon.
While Googles mid-range Pixel phones typically have somewhat subdued styling, there appear to be some interesting differences between the Pixel 4a and the standard Pixel 4 at least going off the lone photo Google accidentally leaked.
As you can see in the photo above, the black Pixel 4a features a matte black finish, which is kind of a surprise. The original black Pixel 4 was the only model to feature a shiny, polished back. The white and orange versions had matte finishes. But it appears Google is sticking with mint green as the Pixel 4as accent colour, just like you got on the black Pixel 4.
Another noticeable difference is the presence of a rear fingerprint sensor, which means the Pixel 4a probably wont have a 3D facial recognition system like you get on Googles current flagship phone. And sadly, while a lot of mid-range and even budget phones now sport dual-lens rear cameras, it appears the Pixel 4a will only come with a single rear shooter.
Furthermore, the slightly more rounded sides of the Pixel 4a and lack of any seams or gaps suggest that the Pixel 4a will feature a plastic back instead of the metal and glass construction used on the standard Pixel 4.
Google obviously hasnt yet officially announced the Pixel 4a, but the latest leaks and rumours suggest it will come with a 5.8-inch OLED display, a Snapdragon 730 processor, 6GB of RAM, and either 64GB or 128GB of storage.
Pixel 4a has slipped again ????????
Announcement was supposed to be happening July 13 (Monday), but just got bumped.
What we can see in the system now is announcement happening on August 3 ????
The mystery continues
Jon Prosser (@jon_prosser) July 10, 2020
Originally, the Pixel 4a was expected to launch sometime in May similar to the timing for last years Pixel 3a. However, it seems the Pixel 4as launch has been delayed multiple times, with the latest rumours claiming it will be officially announced on Aug. 3. The 4a is expected to be available to buy later this fall for $US350 ($501).
Rumour has it Google will release two additional Pixels this year: the Pixel 4a 5G and the Pixel 5. While both will almost certainly boast greater performance than the Pixel 4a, along with 5G support, neither phone is expected to deliver true high-end performance, because Google might use Qualcomms Snapdragon 765G chip instead of the companys top-of-the-line flagship Snapdragon 865/865+ processor.
Regardless, the Pixel 3a was our favourite mid-range phone of 2019, so the Pixel 4a will have a lot of live up to when it finally becomes available later this summer.