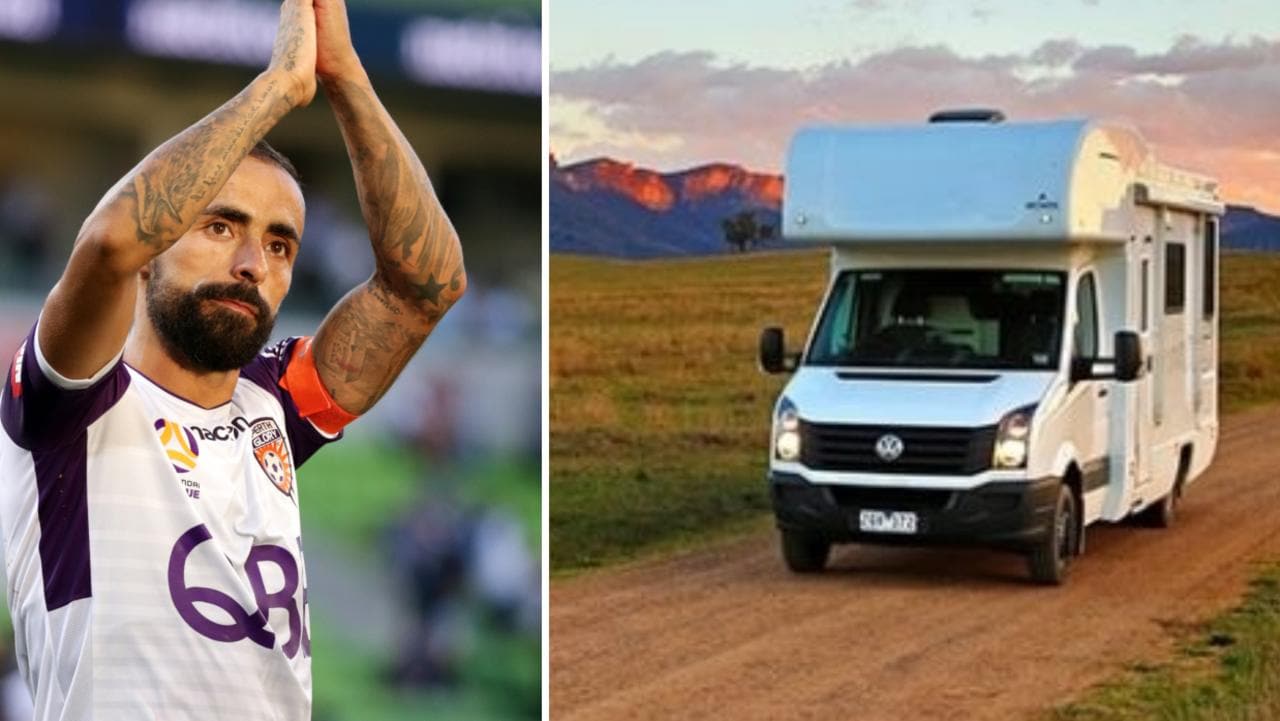 To his football family; his teammates, his club, anyone with a passing interest in the A-League, its a damn shame.
Of course we want to see him destroying right backs, not killing time around a campfire.
Of course wed rather him be in Sydney shivering through July, not collecting an immaculate tan where winter never hits.
Watch every match of the 2019/20 Hyundai A-League Season LIVE on Kayo. New to Kayo? Get your 14-day free trial & start streaming instantly >
Best post-game interview ever
1:48
Not a lot about the world is fair right now. This is a minor consideration in the grand scheme, but a consideration nonetheless.
Whispers had been around Castro didnt made it back to Perth training a month ago. A pandemic is a good time to keep things hush; paradise for the paranoid! No prying eyes at the training ground, no leaks of blow ups and disgruntled players seeping out. And virtually nothing about one of the greatest in A-League history taking leave.
Off he went, north and out of touch, leaving the club to deliver the news via a media release this morning.
Perth Glory can confirm that Diego Castro has withdrawn from the squad which will complete the remainder of the Hyundai A-League 2019/20 season, citing health reasons relating to COVID-19, the statement read.
The Glory skipper informed the club that he viewed his participation to be an unacceptable health risk for him and/or his family.
Glory CEO Tony Pignata said the club respected Castros decision.
It is very unfortunate that Diego will not be available for the remainder of the season, he said, But we understand this personal decision that he has come to after careful consideration.
Castro told the club he felt uncomfortable about going into a hub situation in Sydney, preferring to stay with his family. Each to their own. Theres no right or wrong.
Eventually, though, it has to come to a head.
Castro has another year left on his contract. But what will that deal look like in a new financial situation for Australian football?
When signing that contract, Castro said: I want to keep that love story with the fans going.
Will love conquer all?
Diego Castro.Source: Getty Images
Questions for another day, especially for Tony Popovic, who has quietly gone about preparing a Perth Glory without their legend.
Its not so much a gap that needs to be filled, but a crevasse to the earths core.
Since Popovic took over at Glory, Castro leads the A-League in assists, secondary assists and tackles evaded.
After a strange campaign thats never recaptured the high calibre consistency of last season, Glory sit fifth.
With six games to play that come every four days, they can finish as high as third, or as low as eighth.
Popovic has never been afraid of a managerial mountain to climb. Like landing in London for a assistants job at Crystal Palace where hours off a plane he was forced to immediately prove himself by putting on a session in a haze of jetlag and gaze of hard to please professionals.
And then he decided to leave a comfortable job to start a new club in Western Sydney.
And then he left the comfort he built in Western Sydney for rural Turkey.
Now Popovic has massive challenge, and while he deems whats happened irrelevant because theres no point in looking back, the rest of us can at least be happy we got to see a player of Castros ability.
Back in 2015, before Castro had played a game for Perth, our late great friend Mike Cockerill said the Spaniard would be one of the leagues best ever signings.
Mike, not for the first time, couldnt have been more correct if he tried.