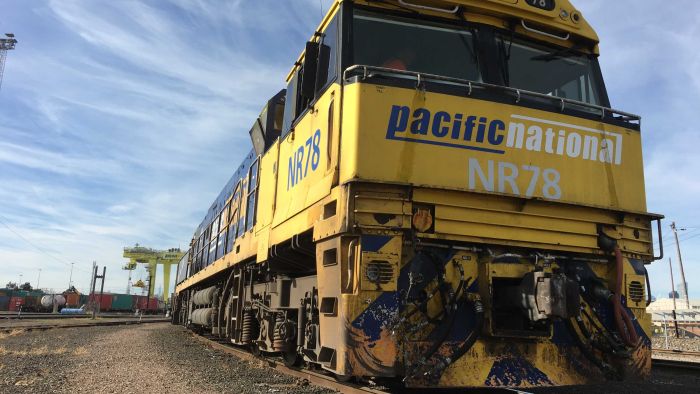 Four men will face court in Adelaide after they were allegedly caught stowing away on an interstate freight train, police have said.

The train departed Melbourne at 10:30pm last night bound for Perth, but police were notified about 9:30am this morning that four men had been seen onboard.
Police said the train stopped at the Adelaide Freight Terminal at Regency Park, where patrols with police dogs swooped and quickly located the men.
The four, all aged in their twenties, were arrested and charged with breaching COVID-19 directions.
They are of no fixed address but believed to be from Victoria.
The men were refused police bail and are expected to face the Adelaide Magistrates Court tomorrow.