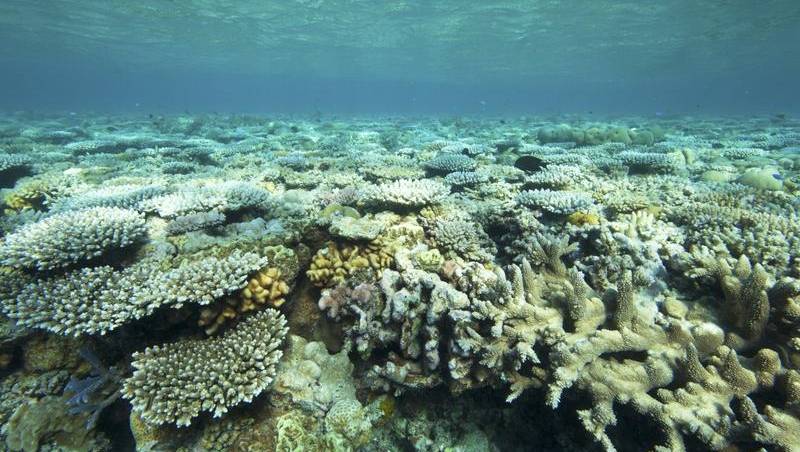 Significant bleaching at one of Western Australia’s healthiest coral reefs has scientists concerned about the effects of climate change.
The Rowley Shoals is among just two reef systems in WA to have recorded high and stable coral cover in the past decade.
But surveys in April and May detected coral bleaching, with estimates ranging between one and 30 per cent, while a site on Clerke Reef showed up to 60 per cent.
Aerial surveys of the North Kimberley and Lalang-garram marine parks found bleaching was patchy and less severe.
Department of Biodiversity, Conservation and Attractions marine monitoring coordinator Thomas Holmes attributed the bleaching to an unusually warm ocean temperature.
“By global standards, Western Australia still has relatively healthy reefs, but seawater temperature is increasing around the world as a result of climate change,” he said.
“This is causing corals to bleach and die from heat stress more frequently and at scales not previously observed.”
Australian Institute of Marine Science coral ecologist James Gilmour said bleaching could devastate reefs and dramatically alter marine life.
“Some corals will regain their symbiotic algae and recover, while those corals that have been severely bleached are likely to die,” he said.
Follow up surveys are planned for later this year to quantify the level of destruction.
Australian Associated Press