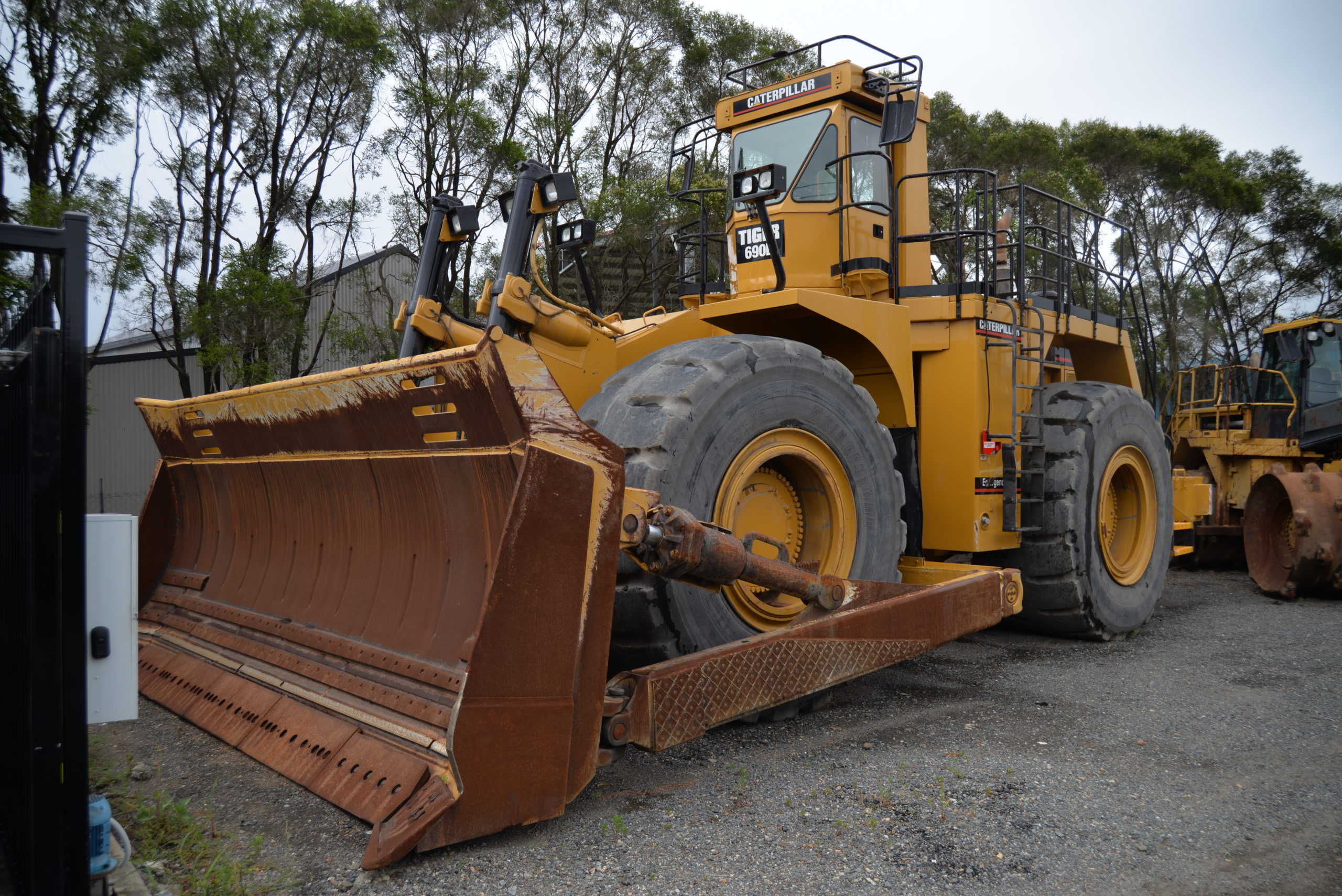 Albeit getting a little long in the tooth (sorry, couldn’t help myself…), The Tiger 690 was the epitome of innovation for heavy earthmoving and mining in the early 80s.

Born out of Western Australia, Tiger Engineering Pty Ltd developed this machine at the request of BHP Iron Ore for use at its Mt Whaleback operation. With the support of Caterpillar Industrial Products, Inc and under the watchful eye of Caterpillar, Inc, this was the markets first large rubber tire wheel dozer produced on a commercial scale.

Launched in 1981 as the Tiger 690A Wheel Dozer, Tiger Engineering manufactured approximately 150 of these machines. Models included the 690B launched in 1985, 690D in 1993 and 790G in 1996 before being rebranded as the 854G when acquired by Caterpillar in 1997. A pioneer of its category, these wheel dozers can still be found operating today mostly with our farmers.

Highly versatile, the Tiger 690 was popular among miners in the Valley. As a utility machine, these wheel dozers were highly effective in completing clean up work around mining shovels providing operators high-speed mobility mixed with operational flexibility.

Hailing from the Cat 992C Wheel Loader, they were fitted with a front-end conversion kit that included a solid push beam, heavy duty push arms, new hydraulic system, lock-up torque converter and (in the early models), single hydraulic cylinder to raise and lower the blade.

Sporting a 3412 turbocharged, aftercooled, V12 diesel engine, the 690 flywheel horsepower it produced was also ultimately, the namesake of the machine. Like a conventional dozer, SU, Coal U and Straight blade options were available with capacities that ranged between 18.66m3 through to 38.23m3.

Over time, a noteworthy upgrade included the replacement of the standard 992C torque converter in the 690B with a unit pulled from the 773B offroad truck. This change significantly increased the wheel dozers overall working abilities and measurably improved the reliability of the machine.

It wasn’t however, until 1993 following the introduction of Cat’s 992D that the Tiger 690 came into its own. Incorporating Cat’s STIC joystick steering systems as well as the front blade and hydraulic system based on the D10N tractor, the Tiger 690D proved a hit among miners and sales increased significantly.

In 1996/97 Tiger released the lesser known 790G. Blessed with a 3508B powerplant and front-end based upon the new D11R dozer, its release followed the launch of the 992G. In 1997 however it was rebranded as the 854G when Cat moved to acquire the property rights of Tiger. Despite being a heavier and more powerful wheel dozer with greater blade capacities, the Caterpillar 854K Wheel Dozer’s heritage lies with Tiger. A symbiotic relationship, Tiger Engineering’s partnership with Cat produced a machine that has stood the test of time, with these wheel dozers found the world over.

Thanks to Components Only, our heavy equipment experts.