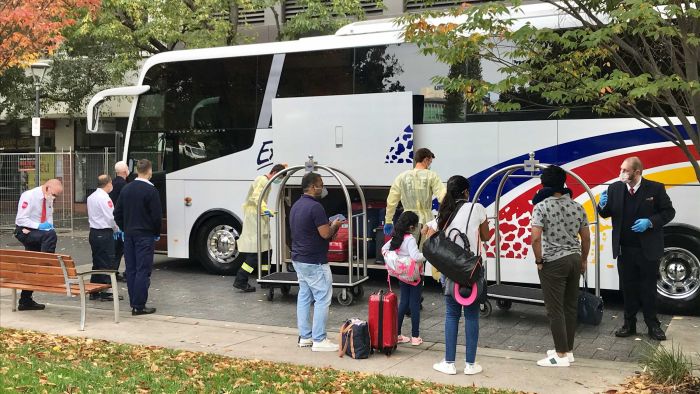 International travellers returning home will soon be charged up to $3,000 each for hotel quarantine in South Australia, ending free supervised isolation for those coming into the state.
Key points:

SA Premier Steven Marshall today announced that individuals will have to pay for 14-day quarantine in Adelaide hotels, starting from Saturday later this week.
An individual adult will be charged $3,000, with an extra $1,000 for another adult from the same family, plus $500 per child.
“Up until this point, taxpayers have been footing the bill,” Mr Marshall said.
“The Prime Minister has said since March this year