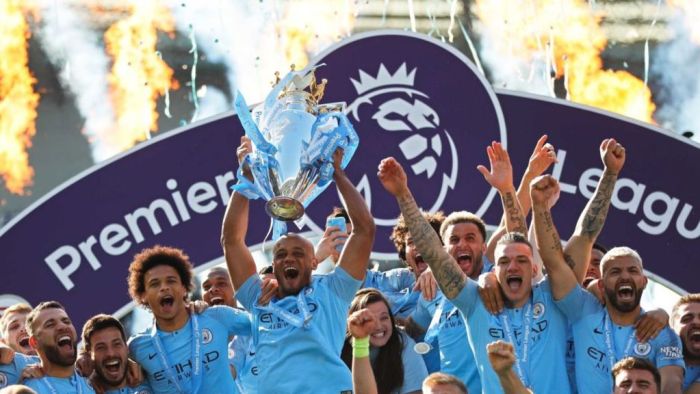 Manchester City’s two-year UEFA ban from European football has been overturned by the Court of Arbitration of Sport (CAS).

CAS ruled that the English club did not breach Financial Fair Play (FFP) rules by disguising equity funding as sponsorship.
However, the club has been handed a 10 million euro fine ($16.2 million) for failing to cooperate with the European football body, UEFA.
In a statement released by Manchester City on Monday morning local time, the owners said they welcomed the news, calling the ruling a “validation” of the evidence they provided for the appeal.
“Whilst Manchester City and its legal advisors are yet to review the full ruling by the Court of Arbitration for Sport (CAS), the Club welcomes the implications of today’s ruling as a validation of the Club’s position and the body of evidence that it was able to present,” the statement read.
“The Club wishes to thank the panel members for their diligence and the due process that they administered.”
City was banned from all European competitions for two years by UEFA in February.UEFA accused the Abu Dhabi-owned club of breaching FFP, which was introduced in 2011.
FFP regulates that clubs must balance their books, meaning football-related expenditure such as player transfers and salaries must not outweigh revenue raised from their commercial departments, including television rights and ticket sales.
UEFA accused Manchester City of breaking these rules over a four-year period.
“The adjudicatory chamber, having considered all the evidence, has found that Manchester City Football Club committed serious breaches of the UEFA club licensing and financial fair play regulations by overstating its sponsorship revenue in its accounts and in the break-even information submitted to UEFA between 2012 and 2016,” UEFA said in February’s statement.
“The adjudicatory chamber has also found that in breach of the regulations, the club failed to cooperate in the investigation of this case.”
Manchester City’s manager Pep Guardiola has won the Champions League as a manager, when he was in charge of Barcelona.(AP: Tim Ireland)
At the time, this would have barred City from playing in next season’s Champions League, which they will qualify for by finishing second in this season’s English Premier League.
The ruling will have implications for other English clubs, with two of England’s four Champions League places now filled.
The top four teams at the end of the season qualify for the Champions League.
Champions Liverpool have also booked their spot along with City.
The remaining two places are still up for grabs, with six teams still with a chance to finish in the top four.
Chelsea and Leicester City are currently third and fourth, with three games to play.
ABC/Reuters