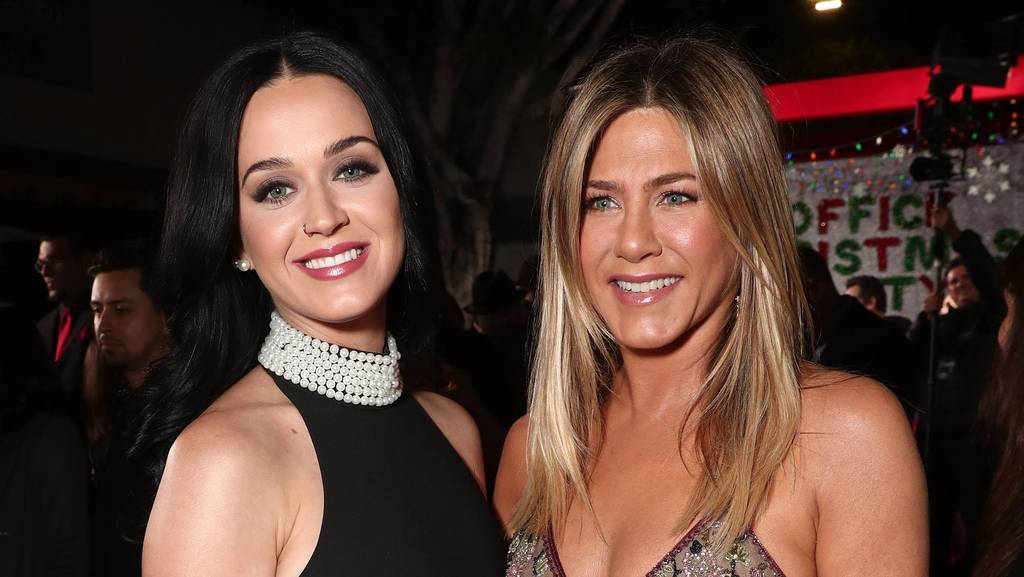 Shes already won the genetic lottery before even being born, now Katy Perrys daughter has had another head start on life with Jennifer Aniston set to be her godmother.
Perry, 35, is currently preparing for the arrival of her first child with Orlando Bloom, and the pregnant singer has already asked Aniston, 51, to fulfil the role.
Perry reportedly got emotional when asking Aniston who also shed some tears.
A source told the Sunday Mirror newspaper: “Katy and Jen are very close. During lockdown, they went for socially distanced walks, and spent lots of time catching up.
“She is pretty chuffed about it as well and cried when they asked her.”
Aniston is already the godmother of Friends co-star Courteney Cox’s 16-year-old daughter Coco.
Perry recently revealed she calls her unborn child ‘Kicky Perry’.
Speaking about her pregnancy experience, the Dark Horse hitmaker who is engaged to Bloom shared: “I am waddling like a duck!
“I’m breathing heavily, I’m a full-on mouth-breather. And um yeah, it’s loud and obnoxious and, oh my God, I just eat so much flavoured ice! It’s like put all the ice in my mouth, right now!
“I call her Kicky Perry sometimes. I love a pun but I’m really active right now and, you know, my doctors are like, ‘Stay active, you’re good to go, girl!’ And so I’ve been dancing, I’ve been singing a lot.”
Perry also admitted she’s grateful that Bloom who has Flynn, nine, with ex-wife Miranda Kerr already has parenting experience.
She said: “The good thing is that he has a kid that’s nine. And he’s been through it.
“So when we were going to pick out strollers, he knew exactly the stroller. And like, some of the strollers are very chic, they’ve got leather handles and blah, blah, blah. And I was like really drawn to them right? And he’s like, ‘No, let me show you what the stroller is. It’s this one that you pick up in the middle and it collapses and it’s like, ‘Bang, bang’, it’s like an umbrella’.
“I was like, ‘Oh my God, I’m so grateful that you know this, ’cause I would have gotten some, you know, large hunky thing’ and that is avoidable because he’s already had a test run so, I’m grateful for that.”