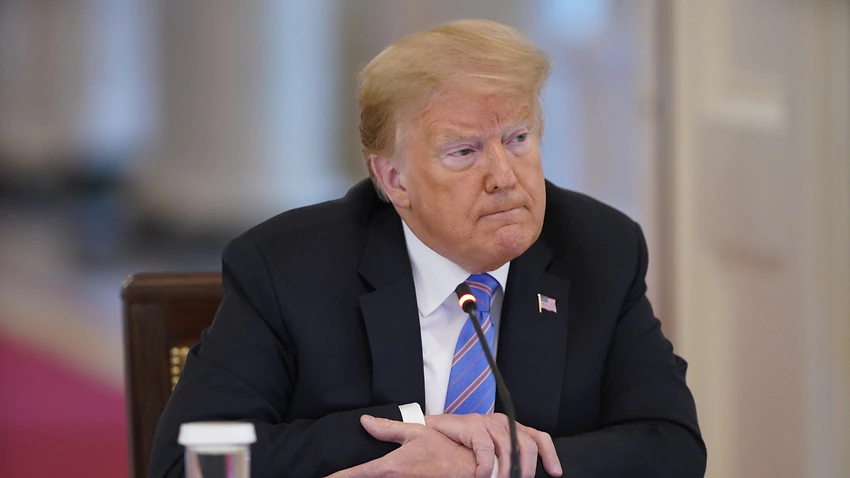 White House trade adviser Peter Navarro said he expected President Donald Trump to act firmly against the TikTok and WeChat applications, amid rising tensions between Washington and Beijing.
Mr Trump last week had said he is considering banning the wildly-popular TikTok app as a way to punish China over the coronavirus pandemic.
In an interview with Fox News, Mr Navarro argued that “what the American people have to understand is all of the data that goes into those mobile apps that kids have so much fun with… goes right to servers in China, right to the Chinese military, the Chinese Communist Party.”
He said these apps can be used to steal intellectual property. “So expect strong actions on that” by Trump, Mr Navarro warned.
Fast-growing video-sharing app TikTok belongs to the Chinese group ByteDance and has nearly one billion users worldwide.
TikTok has sought to distance itself from its Chinese owners, pointing out it has an American CEO and consistently denying allegations that it shares data with Beijing.
WeChat, owned by Tencent, is the main messaging application in China with more than one billion users.
Mr Navarro also accused TikTok’s new boss Kevin Mayer, former head of Disney’s streaming platforms, of being an American puppet.
On Friday Amazon said it mistakenly sent workers an email telling them to dump the TikTok mobile application from their cell phones because of security concerns.
An Amazon spokesperson later told AFP “there is no change to our policies right now with regard to TikTok.”
Democratic campaign teams for the US presidential election have been asked to avoid using TikTok on personal devices and, if they do, to keep it on a non-work phone.
The research firm eMarketer estimates TikTok has more than 52 million US users, having gained about 12 million since the outbreak of the coronavirus pandemic. TikTok is especially popular with young smartphone users.