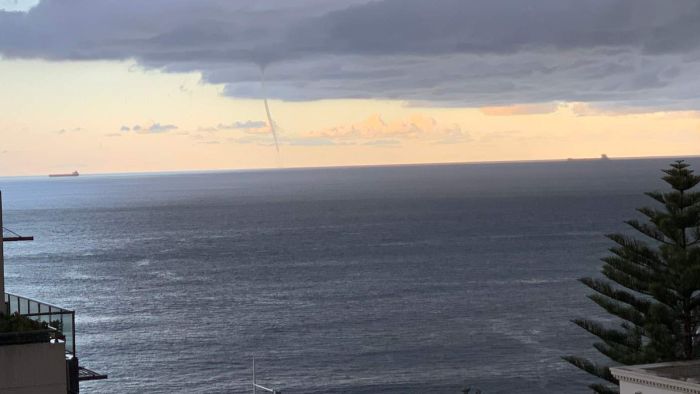 Wild weather is on the way for parts of New South Wales, but it is more likely to bring relief than cause concern.

The Bureau of Meteorology is watching a low-pressure system form in the Tasman Sea.
But it is not expected to come as close to the mainland as first predicted, Meteorologist Jane Golding said.
The state’s South Coast is expected to receive a drenching tomorrow and strong winds and big waves are forecast in Sydney on Tuesday.
Up to 100 millimetres of rain could fall on areas between Ulladulla and Narooma on the South Coast, Ms Golding said.
“The good news is the catchments are dry down there so they need quite a lot of rain down there.
“It doesn’t quite look like at this point that we’ll be getting anything more than minor flooding.”
The low is then expected to move further north by Tuesday, affecting the Sydney region.
What is an east coast low?
The unpredictable, rapid-forming weather systems are known for wreaking major havoc in coastal communities.
Read more
The weather bureau believes some parts of the city could potentially receive up to 50 millimetres of rain.
And Tuesday is not the day to be at sea or on the harbour.
“At this stage it does look like they’ll be some gale force winds in coastal areas,” Ms Golding said.
“The waves look like they’ll be pretty big so more than 5 metres in the open waters.”
The weather should be fine again in Sydney by next weekend after a week of showers, but longer-term it could be a wet end to the year.
“The climate outlook is suggesting we may move into a weak La Nina towards the end of the year.”
NSW Maritime is advising boaters in affected areas to stay off the water.
NSW Maritime’s Alex Barrell said conditions are expected to deteriorate from Monday.
“NSW Maritime strongly recommends reconsidering your need to be out on the water in those affected areas over the next few days,” Mr Barrell said