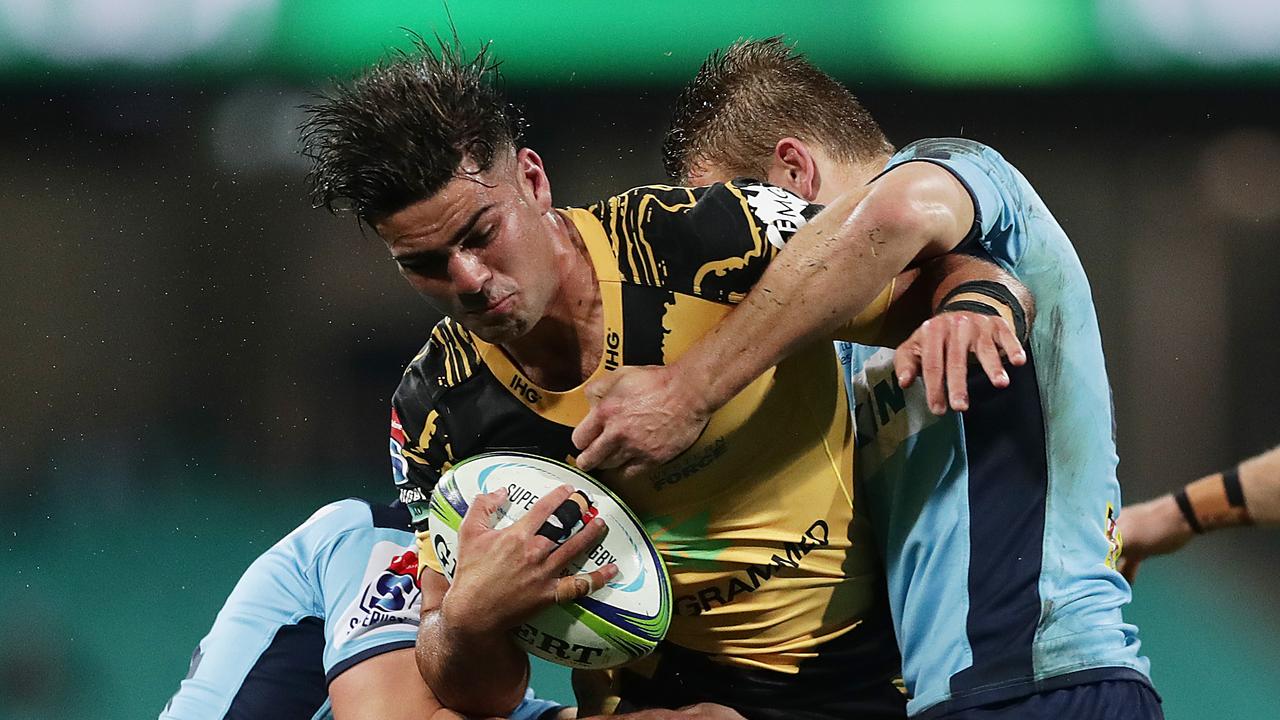 Here are five positives we can take out of the round 2 clash between the two sides.
Super Rugby returns! Watch every game of Super Rugby AU and Super Rugby Aotearoa Live & On-Demand on Kayo. New to Kayo? Get your 14-day free trial & start streaming instantly
Force back with a bang
1:16
EXPERIENCE WINS THE DAY
The Waratahs looked like being out-muscled and out-enthused after 39 minutes, but a try on the stroke of half time to Angus Bell turned around their fortunes.
Michael Hooper and substitution Karmichael Hunt were the standouts. Hoopers work rate in attack and defence (13 runs, 14 tackles) was the backbone of the performance. He gets criticised for his ability to pilfer the ball, but two brilliant snaffles at the breakdown tonight showed hes still a huge presence there.
When Hunt came on for a high octane 25 minute cameo, he brought a huge amount of energy with 10 hard-nut carries, and two crucial 50/22s, and that pressure was turned into points.
STANDER STANDS UP
Brynard Stander was by far the best player on the field for the Western Force. During the week, he told the Fox Rugby Podcast that it had been a special week, and there was plenty of feeling in the side. He embodied that with 24 carries, and was the only player to clock over 100 run metres (121). Having been with the Western Force since 2014 and ridden the peaks and troughs, Stander will be a key man in their return to Super Rugby.
Brynard Stander was by far the best player on the field for the Western Force.Source: Getty Images
FORCE PLAYMAKERS SHOW GLIMPSES OF CLASS
Fresh from his stint overseas at Worcester, Jono Lance put in a quality and composed performance particularly in the first half. His combination with skipper Ian Prior looked assured, as they controlled the tempo in the first half, and were the architects of the 14-0 lead after 37 minutes. Its a sprint to the finish in Super Rugby AU, and the Force will be the best they can be with Prior and Lance at the helm.
GREEN SHOOTS STILL THERE
Will Harrison is one tough youngster with 13 points, and a lot of traffic directed his way. Still a lot to learn, but the desire is there. Lachie Swinton again the hit-man, this time carrying the ball with aggression and purpose. Joey Walton carried the ball 10 times and was busy, and threw a nice little ball inside to Jack Maddocks for a first half break. Will make more of an impact the more time hes given there. Byron Ralston scored the opening try for the Force and was the only back to carry over 10 times (15). The youngsters will keep making errors, but keep putting performances on the park, and that is very good to see.
Will Harrison is one tough youngster with 13 points, and a lot of traffic directed his way.Source: Getty Images
CONFIDENCE IS KEY
The Waratahs will gain a heap of confidence, ending a three-game losing streak, and restricting their opposition to 15 points or less for only the fourth time in three years. Defensively were up to the battle in the second half.
The Western Force will gain plenty of confidence out of their first game back. A workhorse pack that made over 350 run metres, and some players in the backline that could bring a heap of excitement to the competition.