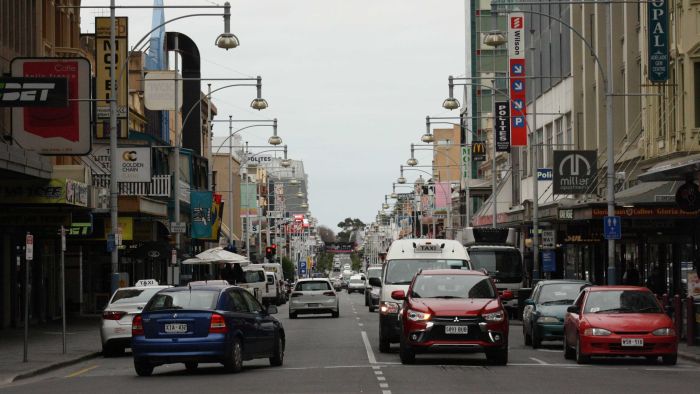 An Adelaide council worker was pinned between two cars during a crash in the city centre this morning, with police reporting a provisional driver following the incident.

Emergency crews were called to Hindley Street just after 8:30am, following reports a Holden Commodore sedan crashed into a parked car, which then struck the City of Adelaide worker and pinned him between two vehicles.
The 44-year-old Ingle Farm man was treated by SA Ambulance paramedics at the scene before being taken to the Royal Adelaide Hospital with non-life-threatening injuries.
The driver of the sedan, a 26-year-old man from Ridgehaven, was drug tested and allegedly returned positive result to cannabis and methamphetamine.
Police said he had also failed to install an interlock device to his car after his provisional licence was issued in late 2019, and he was not displaying his ‘P’ plates.
Police reported the man for driving without due care, driving without an interlock device fitted and breaching his provisional licence.
He may face drug-driving charges, pending forensic analysis of his drug sample, and will be summonsed to appear in court at a later date.
SafeWork SA is also investigating the incident.
Hindley Street has reopened to all westbound traffic after being closed earlier in the morning.