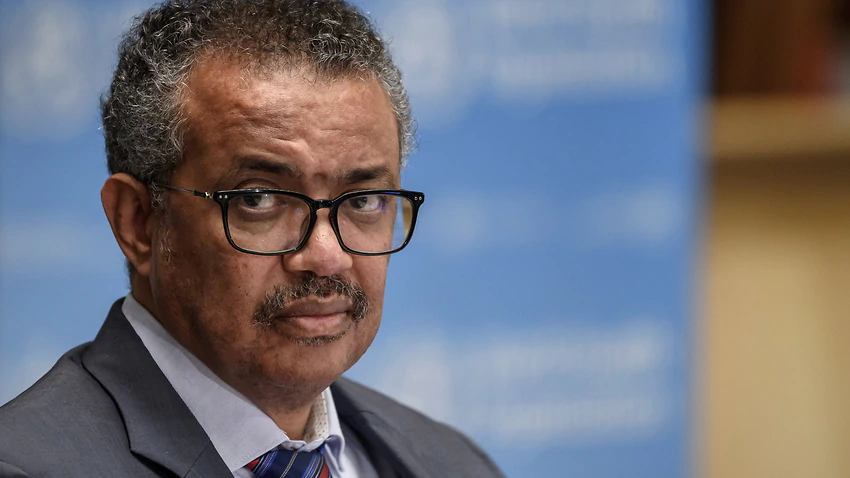 The World Health Organization has urged countries grappling with coronavirus to step up control measures, saying it is still possible to rein it in, as some nations clamp fresh restrictions on citizens.
With case numbers worldwide more than doubling in the past six weeks, Uzbekistan on Friday returned to lockdown and Hong Kong said schools would close from Monday after the city recorded “exponential growth” in locally transmitted infections.
WHO chief Tedros Adhanom Ghebreyesus called on countries to adopt an aggressive approach, highlighting Italy, Spain, South Korea and India’s biggest slum to show it was possible to stop the spread, no matter how bad the outbreak.
The health agency’s comments came as US President Donald Trump was forced to cancel an election rally in New Hampshire, citing an approaching storm.
Mr Trump has pushed to hold large gatherings against health advice as epidemiologists warn of the dangers posed by the virus moving through the air in crowded and confined spaces.
Lashing out at China
On a visit to Florida on Friday, Mr Trump hit out at Beijing over the pandemic.
“(The) relationship with China has been severely damaged. They could have stopped the plague … They didn’t stop it,” he told reporters.
The virus has killed at least 556,140 people worldwide since it emerged in China last December.
More than 12.3 million cases have been registered in 196 countries and territories, triggering massive economic damage.
The United States, the country worst hit by the illness, reported almost 64,000 new cases Friday and the death toll now stands at just under 134,000, according to Johns Hopkins University.
Brazil, the second-hardest hit, surpassed 70,000 deaths and reported 45,000 new infections, the health ministry said.
In Uzbekistan, citizens were from Friday facing lockdown restrictions again that were originally imposed in March but lifted gradually over the past two months.
A police officer manning a checkpoint on the outskirts of the former Soviet republic’s capital said only drivers with “a good reason” to enter Tashkent – such as delivering food or other vital supplies – could pass.
Restaurants, gyms, swimming pools and non-food markets have all shut their doors until at least 1 August.
Private transport within cities will be limited to morning and early evening journeys and essential purposes such as travelling to work and purchasing food or medicine.
In Hong Kong, the spike marks a setback for the city after daily life had largely returned to normal with restaurants and bars resuming regular business and cultural attractions reopening.
Despite being right next to mainland China where the virus first emerged, the city had managed to quash local transmission in recent months.
But new clusters have started to emerge since Tuesday, including at an elderly care home that reported at least 32 cases and a housing estate with 11.
‘Turn this pandemic around’
“Across all walks of life, we are all being tested to the limit,” Mr Tedros told a virtual news conference in Geneva.
“From countries where there is exponential growth, to places that are loosening restrictions and now starting to see cases rise.
This is a time for self-reflection, for all of us involved in the #COVID19 response to look in the mirror; to look at the world we live in and to find ways to strengthen our collaboration as we work together to save lives and bring this pandemic under control.
Tedros Adhanom Ghebreyesus (@DrTedros) July 9, 2020
“Only aggressive action combined with national unity and global solidarity can turn this pandemic around,” he said.
Elsewhere, French officials warned of rising cases in metropolitan France as the death toll topped 30,000.
In Israel, Prime Minister Benjamin Netanyahu admitted a decision to allow businesses, including bars and event spaces, to reopen may have been made “too soon”.
The Middle Eastern country recorded its highest number of infections over a 24-hour period, at nearly 1,500.
People in Australia must stay at least 1.5 metres away from others. Check your states restrictions on gathering limits.
If you are experiencing cold or flu symptoms, stay home and arrange a test by calling your doctor or contact the Coronavirus Health Information Hotline on 1800 020 080. News and information is available in 63 languages at sbs.com.au/coronavirus