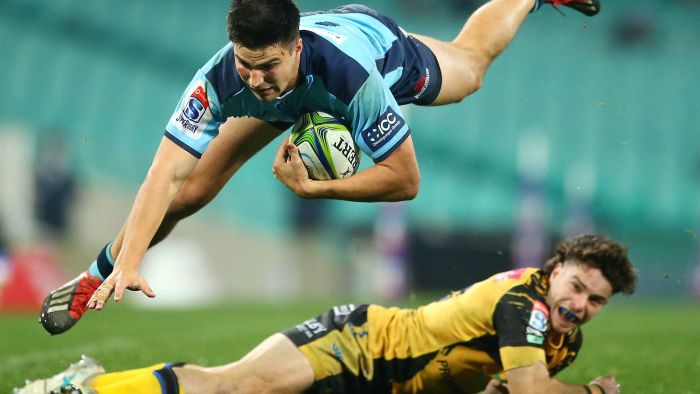 The Western Force have shown they aren’t in Super Rugby AU to make up the numbers after giving the NSW Waratahs a scare in their first outing at the SCG.
Following a first-round bye, the Force looked right at home on Saturday night in their first Super Rugby match since 2017 when they were cut from the original competition before falling 23-14.
They led until the 61st minute when NSW lock Tom Staniforth burrowed over the line, with the converted try opening up a six-point lead for the home side.
The try came after Karmichael Hunt won his team a lineout with the first of his two 50-22 kicks, making an impression in his return off the bench from a hamstring injury.
The Force’s long-time skipper Ian Prior fittingly delivered his team’s first points with a penalty strike after 13 minutes.
Prior and fellow veteran Jono Lance, who joined from UK club Worcester, led a polished performance by the West Australian side, who had temporarily relocated to the NSW Hunter Valley.
Former Junior Wallabies winger Byron Ralston scored their opening try in the 28th minute when he barged past Waratahs number 10 Will Harrison, who was defending on the flank.
The Force led 14-7 at half-time with Waratahs prop Gus Bell securing some much-needed points with a 39th-minute try after a driving lineout.
NSW looked a different team after the break, playing with much more energy to keep the Force scoreless.
They still only managed the one try but it was enough to secure their first points after an opening-round loss to Queensland.
AAP