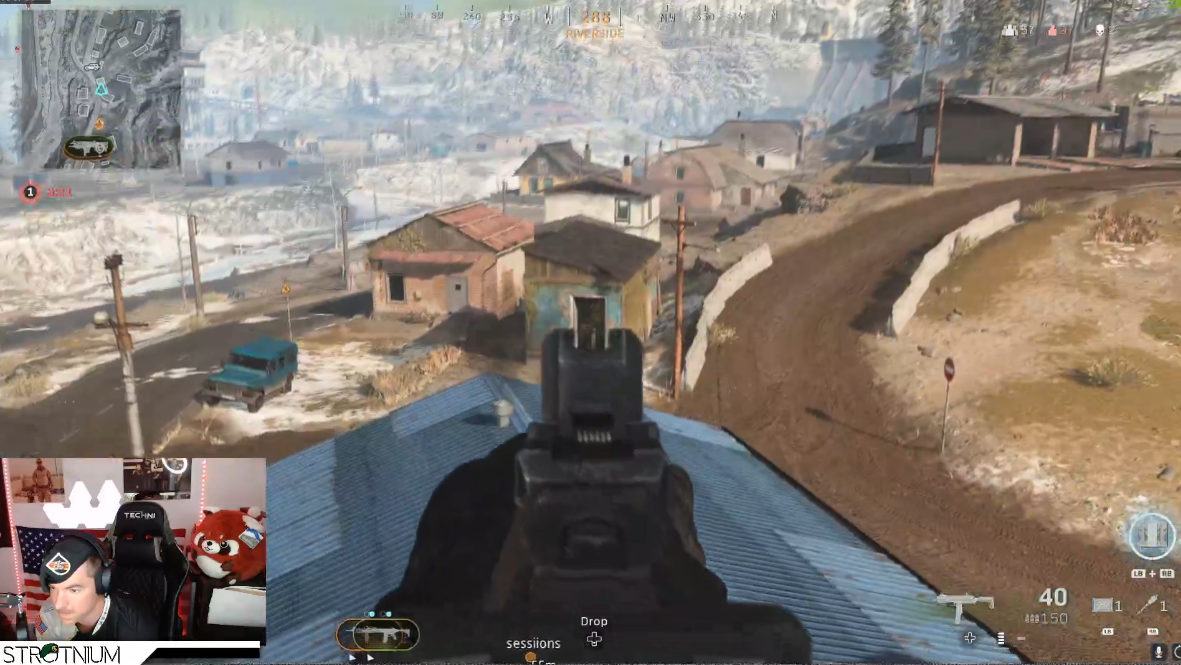 Some folks have recently taken to trolling the U.S. Armys official Twitch channel by asking in chat about the militarys well documented history of committing war crimes. The channels moderators have responded by banning them.
The U.S Army has a Twitch channel where the members of its esports team occasionally stream games, and earlier this week some newcomers used the chat to grill the Army about past abuses. Whats your favourite u.s. w4r cr1me? esports insider Rod Slasher Breslau typed into the chat under the alias really_chill_guy, according to a video he shared online on July 8. He then shared a link to the Wikipedia page listing U.S. war crimes. Moments after making the comment he was banned from the chat. Nice, really chill guy, have a nice time getting banned my dude, said the channels streamer at the time, Joshua Strotnium David, a Green Beret and 12-year veteran of the Army.
Vice reports that after Breslaus video started making the rounds, others decided to hop into the chat as well. Hello fellow kids, wrote one person, according to a screencap shared by SB Nation producer Kofie Yeboah. Oh so you like video games? Well youre gonna LOVE dying in a foreign country to protect the interests of oligarchs back home.
The chat was soon flooded with similar comments, which were deleted by the channels moderators. The stream subsequently went offline. When it returned shortly afterwards, only Twitch users who had been following the channel for more than 24 hours were able to post. Yall are gonna talk all that crap to my angels on the esports team, the nicest person in the entire world, you little internet keyboard monsters, David said in the stream according to Vice. No, I wont stand for that. Im bigger than you. A VOD for the stream has not been uploaded.
pic.twitter.com/zHuiFal37l
The Big Chillin (@Kofie) July 8, 2020
The U.S. Army Esports Team did not immediately respond to a request by Kotaku for comment. It did provide Vice with the following statement regarding one user who apparently tried to discuss White Phosphorus, a chemical weapon the U.S. military has reportedly used in the past and which is mentioned in Call of Duty: Modern Warfare:
This users question was an attempt to shift the conversation to imply that Soldiers commit war crimes based on an optional weapon in a game, and we felt that violated Twitchs harassment policy. The U.S. Army offers youth more than 150 different careers, and ultimately the goal of the Army eSports Team is to accurately portray that range of opportunities to interested youth.
The Armys official esports team was originally launched back in 2018 as part of a new propaganda strategy to reach younger gamers. The teams Twitch channel went up this past May and features mostly shooters like Valorant and Call of Duty: Warzone. Recruiters are sometimes present in the chat to answer peoples questions about joining the military.
Efforts to troll the organisation didnt just begin this week. They date back to June 30, when the Army Esports Team sent the Discord Twitter account a tweet saying UwU, the text emoticon meant to convey a sort of purring happiness. This display of cuteness from an organisation affiliated with the worlds most powerful imperial ground force inspired some to join the Army Esports Discord to see how fast they could get banned. As Polygon reported at the time, this impromptu speedrunning competition eventually led to the Discord being temporarily disabled. Nearly two weeks later, the Discord landing page is still disabled.
I think every post that I do from now on is going to say UwU in it just to flex, David said during his July 8 stream, according to Vice. The Army Esports channels most recent stream took place yesterday afternoon, and by the end of it the chat was already full of people discussing the latest bans. The next stream to go live will be the first to take place a full 24 hours after the following time requirement was first implemented.