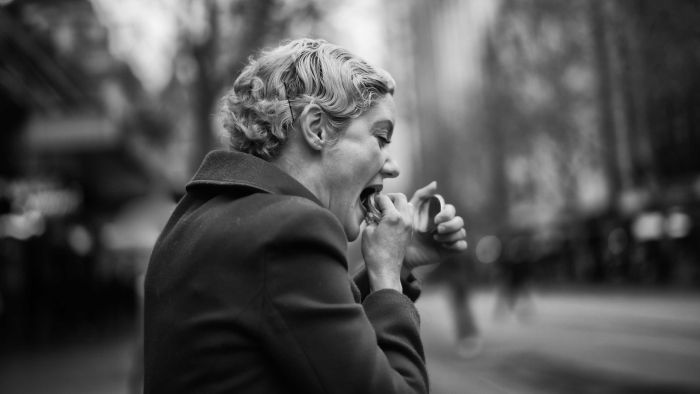 Ockert Le Roux lives by light, not time.
Even if the full-time forestry worker could take his photos during the day, he would still be up before the sun, capturing a foggy crater or lopsided Milky Way.
“Fortunately the best light lives before and after work,” Le Roux said.
“That sort of sunset and sunrise time, where light’s really beautiful.”
Since moving to Australia over a decade ago, Ockert Le Roux has discovered the country through a lens.(Supplied: Ockert Le Roux)
Despite having a professional-grade camera and major commissioned works to his name, the 56-year-old’s advice to people wanting to take photos is quite simple and affordable.
“People think because they’ve got a high-end camera they’re going to take good pictures, but it’s all about interpretation,” he said.
“What do you see? How do you observe the world? What is your unique perspective?”
Ockert Le Roux loves to play with texture and patterns.(Supplied: Ockert Le Roux)
Le Roux’s perspective has developed over four decades; he took his first stills aged 13 with a 1958 Pentax on a school camp near Cape Town, South Africa in 1976.
He almost died in a bus crash on the way there but what he remembered most is borrowing his dad’s camera for the first time.
“The first thing I thought of when I came around was ‘Where’s this camera? Is the camera broken?'” Le Roux said.
“When I came back, and the photos were developed, Dad was fairly impressed.”
Ockert La Roux’s first camera, his dad’s 1958 Pentax, and the first photograph he took in 1976 as a young boy in South Africa.(Supplied: Ockert Le Roux)
Doesn’t matter what gear you have
With 15 billion cameras in the world, Mr Le Roux said good photography was more about interpretation than access.
“Visual sense is so rich. You’ve got distance, you’ve got texture, you’ve got colour, movement and the brain needs to compute all those things,” he said.
“People can spend days on an image and say, ‘Woah, I really love it,’ and it could be the angle,