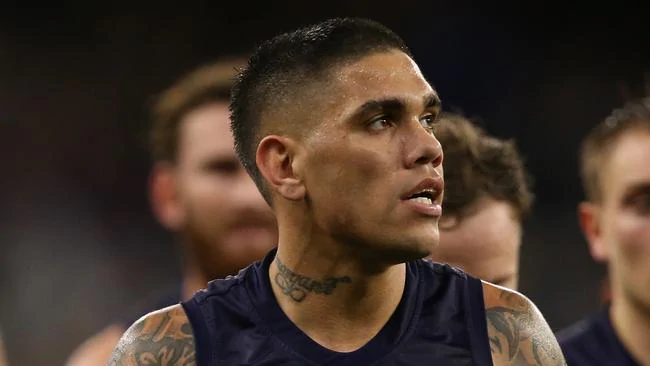 Michael Walters has had another brilliant start to the season, but this moment wont be one hell want to remember in a hurry.The mercurial star lined up in the centre bounce and got his hands cleanly on the ball after the first centre bounce of the day for Fremantle.
Kayo is your ticket to the 2020 Toyota AFL Premiership Season. Watch every match of every round Live & On-Demand. New to Kayo? Get your 14-day free trial & start streaming instantly >
But it sadly then became evident Walters hadn’t paid attention to his skipper during the final address when he told them which way they were kicking.
Instead of launching the Dockers into attack, Walters kicked the ball the wrong way to help launch St Kilda into attack and get on the board in the opening minute of their game.
The brain fade cost the Dockers dearly and set the Saints on an early course of carnage as they slammed home seven goals to one in the opening quarter. Teams who win the opening quarter since the AFL returned to action have gone on to win games more than 75 per cent of the time.
As dominant as the Saints were, it was Walters’ brain fade in the opening seconds that stole the limelight for those watching on.