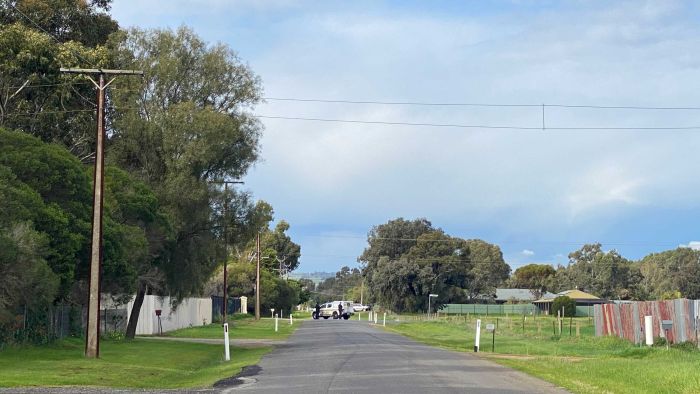 Heavily armed officers have surrounded a house in Adelaide’s semi-rural northern outskirts amid concerns for a person “reported to be inside”, police have said.
Police were called to the property on Elwood Road at MacDonald Park just after 11:00am, and said there are unconfirmed reports of a firearm “possibly at the premises”.
The road has been cordoned off and officers from the new Security Response Section (SRS) and STAR group are currently outside the home.
“Police were contacted in regards to checking on the welfare of a person reported to be inside a house in Elwood Road,” police said.
Police negotiators are also at the scene and “will attempt to make contact with any persons inside the house”.
An SA Police spokesperson said the incident was not believed to be linked to an earlier shooting in nearby Smithfield Plains.
Two men, armed with a firearm and a machete, smashed the glass back door of a house on Roberts Crescent just before 3:30am before entering the home and threatening the five people inside, police said.
Shortly after, a man aged in his 20s ran out the front door of the house and the suspects chased him, firing two shots towards him, police said.
Police say two men chased a man out of a Roberts Crescent house and shot at him.(ABC News: Ben Nielsen)
Police said the suspects then ran away and likely left the area in a vehicle parked nearby.
The male victim was uninjured.
More to come.