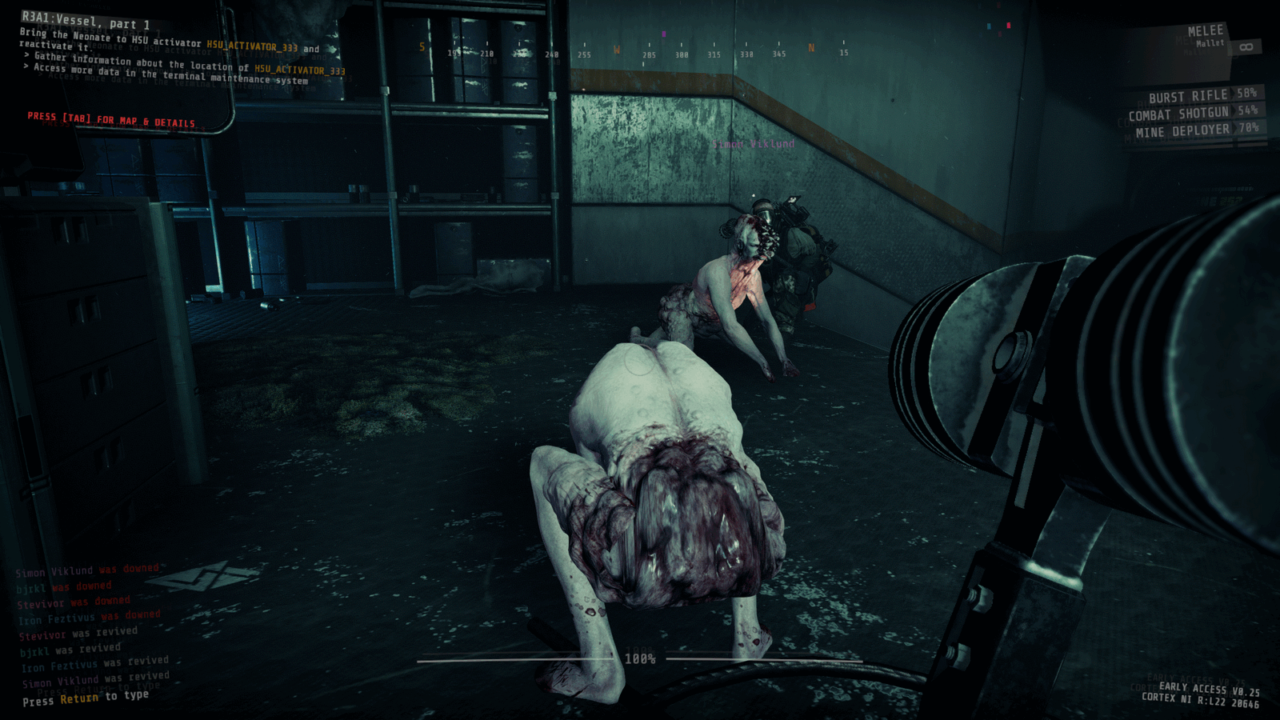 Ive been waiting to play GTFO, a 4-player horror shooter from 10 Chambers Collective. But its a game you really need a proper team for (especially since theres no matchmaking yet). So the developers offered to help out.
Below youll see me trying something a little different. I was given the opportunity to interview the GTFO developers, so I did that while playing the game at the same time. Below youll get a taste of what the initial experience is like, cut together with a live Q&A on the developers. Theres chats about creating an emergent story and in-game lore, having sympathy for other studios that have their games leaked and how you keep perspective for new players when you spend so much time embedded with your biggest fans.
Of course, theres gameplay as well and some neat moments of me cocking it up gloriously. GTFO is not designed to be a forgiving game, after all. (Enjoy 15:20 especially.)
Having finally gone through the game, I can see the appeal. Its worth noting that the guns are really weighty. Aiming down the sights takes a fair bit of time, so switching between hipfire and ADS isnt something you should functionally do when defending a massive horde.
The horror element was effective enough that I fumbled a few keys at times too, which is great! You want that freaky, frightened atmosphere in a game like this. Itd be especially good with HDR, which is supposedly in the works (the devs told me that the pipeline renderer has almost been completely rewritten).
GTFO is out now on early access through Steam for $49.99. So far, its super polished for a game in early access. And the user ratings are hovering just under 90 percent from just under 12,000 reviews, which isnt half bad at all.