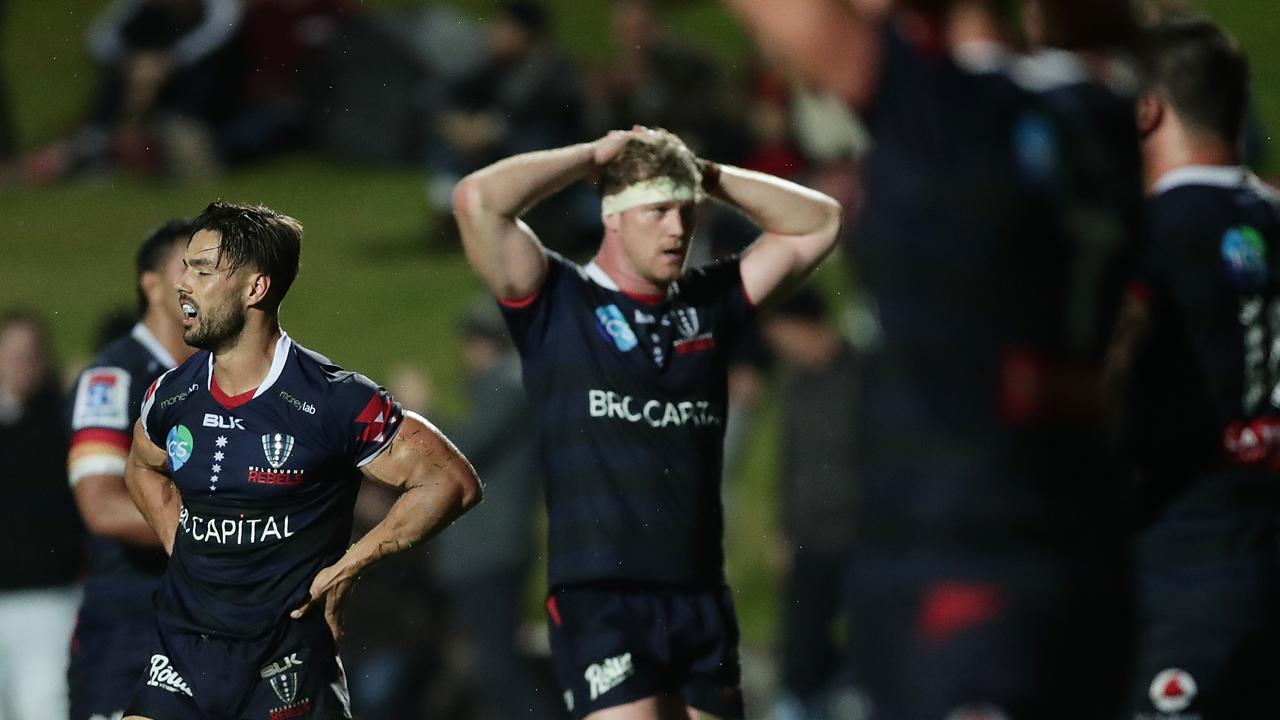 A last-gasp try from the Reds Alex Mafi saw the teams tied at full-time, sending it into an extra five minutes each way under new rules designed to liven up the game, with the first to score winning.
Bryce Hegarty had a glorious chance to be the Reds hero with a 50-metre penalty, but his kick narrowly drifted past the post to leave both teams to share the spoils.
Super Rugby returns! Watch every game of Super Rugby AU and Super Rugby Aotearoa Live & On-Demand on Kayo. New to Kayo? Get your 14-day free trial & start streaming instantly
Its a weird result not to get one in the end after 90 minutes of slogging each other, said Reds skipper Liam Wright.
But the Rebels were really good tonight, they took it to us the whole game and in the end we couldnt be separated. It was a match the Rebels threw away. They went to the break 6-0 in front and had a 10 point lead with five minutes left before capitulating.
We obviously let that one slip, admitted Rebels captain Dane Haylett-Petty. I think we had control early and we didnt take enough of our opportunities. It was a real tussle there at the end.
It leaves them with a defeat and a draw from their two Super Rugby AU games so far after losing to the Brumbies last week, while the Reds remain unbeaten following their opening win against the NSW Waratahs.
Western Force make a return to Super Rugby after three years on Saturday against the Tahs, with the Brumbies enjoying a bye.
– FORCED OUT OF MELBOURNE –
Fridays match was supposed to be a home fixture for the Rebels, but they have been forced out of Melbourne indefinitely after a surge in coronavirus cases and it was played at Sydneys Brookvale Oval — home to rugby league team Manly.
There was a sparse crowd to watch an error-strewn first half after showers made for greasy conditions, with the Rebels going to the turn up by six courtesy of two Matt Toomua penalties.
But it sparked life in the second stanza.
Despite the Rebels dominating the first half, the Reds came out firing, claiming a try three minutes after the restart with Filipo Daugunu diving for the corner.
OConnor missed the conversion but made amends soon after with a long-distance penalty to give them an 8-6 lead.
The Rebels hit back through Reece Hodge, who tore down the line to score after a perfectly-timed pass from fellow Wallaby Haylett-Petty.
A reckless high tackle by Hunter Paisami saw the Reds reduced to 14 men soon after and the Rebels pounced with Billy Meakes intercepting an OConnor pass and sprinting to the line for their second five-pointer of the night.
It looked to be enough to seal the win until a break by Chris Feauai-Sautia saw Mafi bulldoze his way over, with OConnor kicking the conversion on 80 minutes to set up the golden point play.
CLICK HERE IF YOU CANNOT SEE THE BLOG ABOVE
Rebels coach fires back
0:59