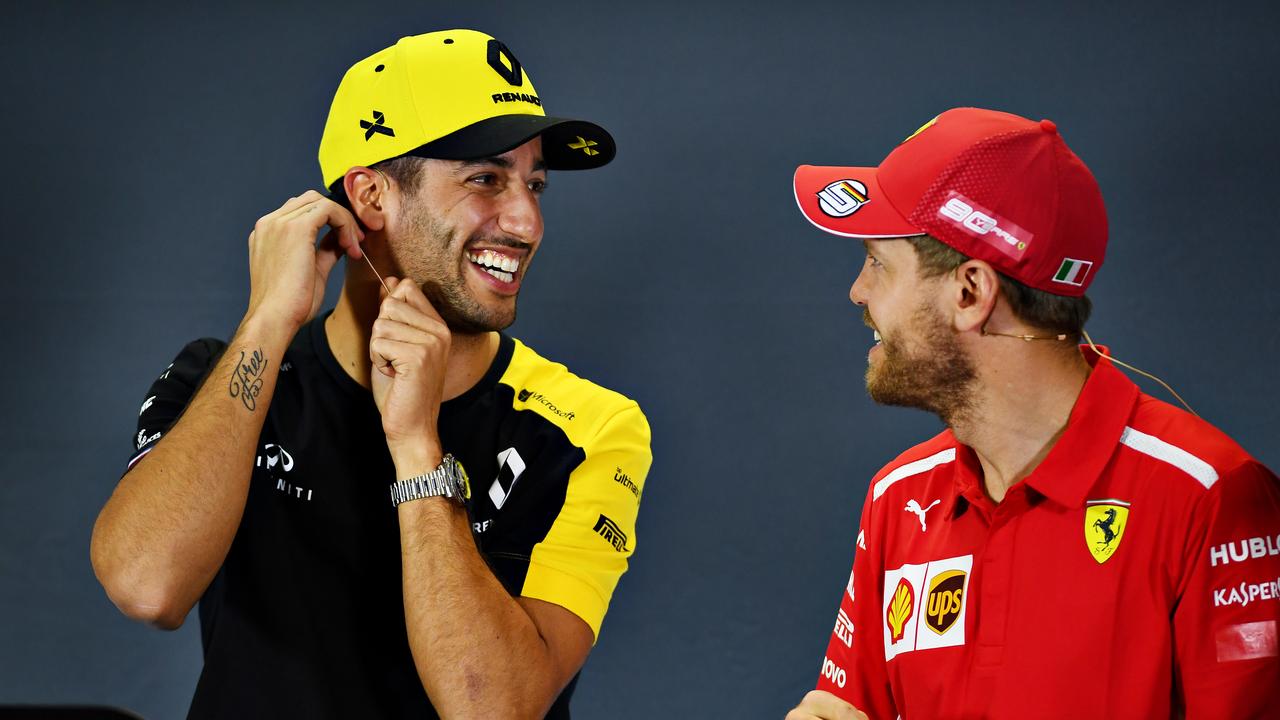 The Grand Prix of Tuscany at Mugello is one of two new races added to a revised 10-race calendar that now also includes the Russian Grand Prix.
Mugello will host a race on September 13, followed by the Russian Grand Prix in Sochi on September 27.
Watch the 2020 FIA Formula One World Championship on KAYO. Every practice, qualifying session and race LIVE. New to Kayo? Get your free trial now & start streaming instantly >
Mugello has long been a staple of the MotoGP calendar.Source: AFP
Mugello has long been a staple of the MotoGP calendar and a subject of envy for F1 drivers who have only enjoyed its flowing layout during rare pre-season testing visits.
After an eight-year break, Mugello hosted pre-season testing in June when Sebastian Vettel said the Italian track was spectacular and deserves to host a Grand Prix.
Daniel Ricciardo was also excited by the possibility of a race being held there, saying it would be insane.
The first circuit I heard was Mugello, and that was a circuit I raced back in 2007 (in Formula Renault) for the first time, and it was my favourite circuit that season, he said.
I loved the flowing high-speed corners, and I think in F1 it would be amazing. We had a test there back in 2012 in F1, but the cars now, these 2020 cars around there, would be insane, so certainly excited if that one takes place.
Ricciardo backing in Alonso
0:56
The Grand Prix of Tuscany will be the 1,000th in the sport for Ferrari, which owns Mugello.
F1 said in a statement on Friday that it still holds out hope of 2020 featuring between 15 and 18 races and may add additional races in the coming weeks.
Chairman and CEO Chase Carey said: We had a great start to our season in Austria last weekend and we are increasingly confident in our plans to race throughout the remainder of 2020.
The Russian Grand Prix is major moment in our season and we are looking forward to being back in Sochi in September.
We are equally excited to see Formula 1 race for the first time at Mugello, an occasion that will mark Ferraris 1000 Grand Prix.
Both races will be a huge boost for fans with more announcements on the next races in our calendar coming in the weeks ahead.
September 11-13
FORMULA 1 GRAN PREMIO DELLA TOSCANA FERRARI 1000 2020 Mugello (Italy)
September 25 – 27
FORMULA 1 VTB RUSSIAN GRAND PRIX 2020 (Sochi)