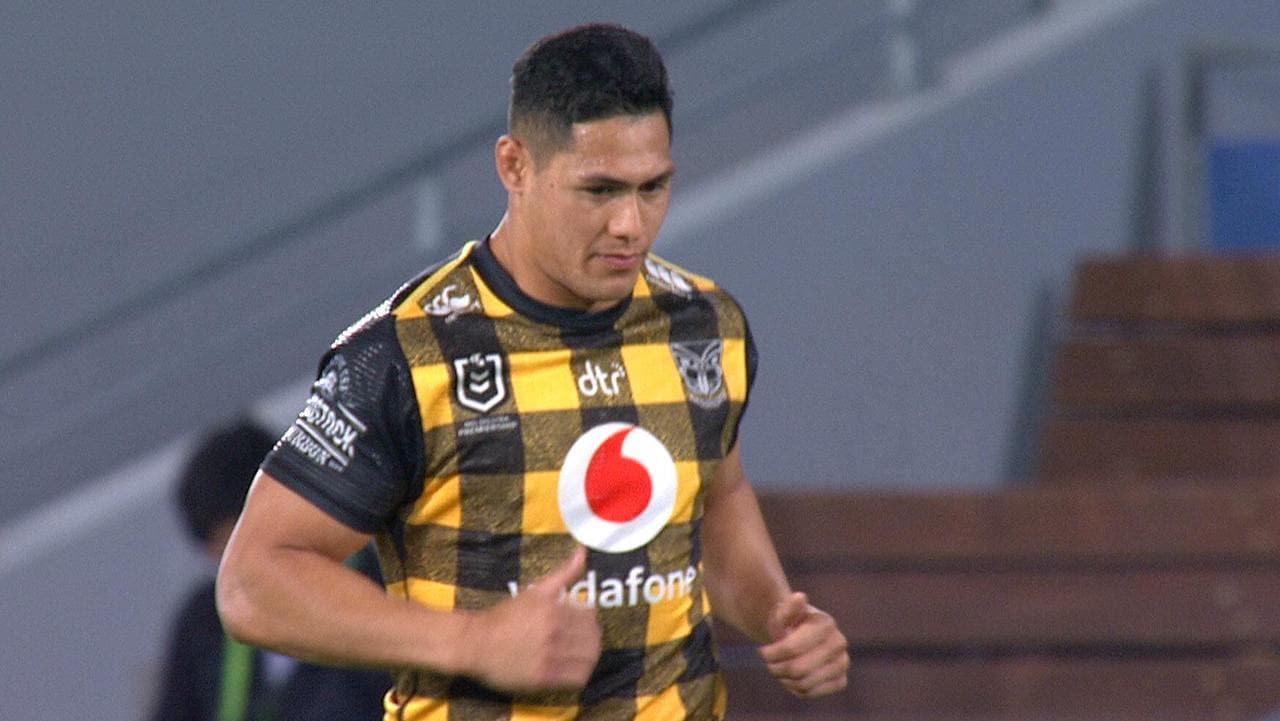 The bushshirt attracted interesting responses from fans when it was first unveiled in November last year.
Even the Warriors social media team itself has seen the humorous side out of the jersey.
Kayo is your ticket to the 2020 NRL Telstra Premiership. Every game of every round Live & On-Demand with no-ad breaks during play. New to Kayo? Get your 14-day free trial & start streaming instantly >
Round 9
Fans gave their take on the jersey with mixed responses.
Best looking tea towel I’ve ever seen
— NRL Gossip (@NRLGossip) July 9, 2020
Words can’t express its beauty… Its “Chur-fect”
— Marc Peard Sports (@MarcPeardSports) July 9, 2020
Even as a non Warriors fan, I have to admit its a work of art
— RL Jersey Spotter (@JerseySpotter) July 9, 2020
Warriors CEO Cameron George fired back at critics of the jersey back when it was released.
We even put a f*****g jumper up (online) and everyone in Australia and New Zealand made fun of us and takes the piss out of us, George said as part of the All In documentary the club ran during the off-season.
Warriors players in the sheds in the ‘bush shirt’Source: FOX SPORTS
Well f*** it. Lets put that s*** aside, do it for our fans, theyre the most important part of this. And lets do it for ourselves.
LATE MAIL: All the latest ins and outs and team news from Round 9
CASUALTY WARD: Roosters injury crisis hit overdrive
The jersey was initially set to be worn during their Wellington clash with the Cowboys before coronavirus saw the Warriors forced to remain in Australia.
The shirt uses traditional Wellington colours of yellow and black with inspiration from the Kiwi bush shirt.
The reactions were mixed at the time with one fan comparing it to Humphrey B. Bear while another exclaimed: F***, thats where my picnic rug went.
MORE NRL NEWS
WHERE TO FOR PEATS? From NSW No. 9 to fourth-choice at wooden spooners
ON THE LINE: Pay fighting for future against Broncos as board meeting looms
Warriors players run out in their ‘bush shirt’Source: FOX SPORTS
When asked about the jersey earlier in the week, coach Todd Payten wasnt too interested in getting caught up in his personal opinion on it.
Its a different jersey, I think it will look good – I dont mind it, Payten said.
I dont care what colour we play in, I just know well be ready whichever jersey were wearing.