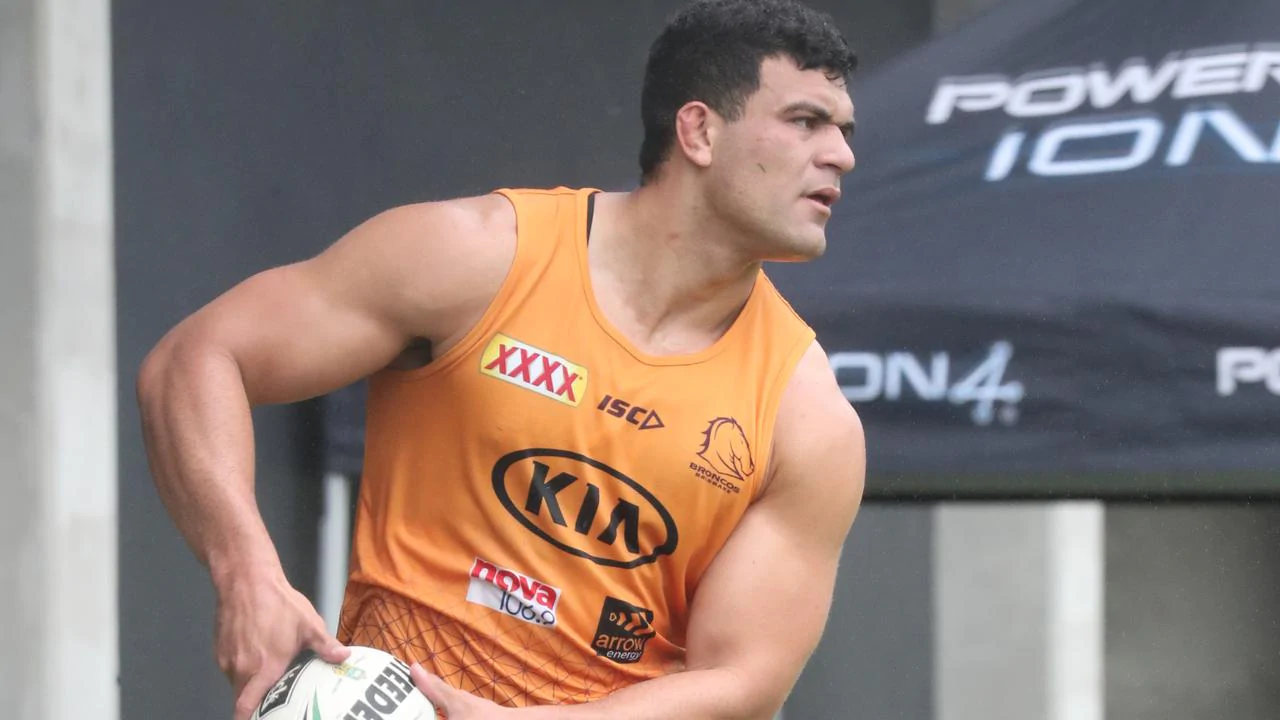 Fifitas is reportedly being chased by the Titans on a mega contract of $1.25 million a season, which would make him the highest paid player in the game annually with Daly Cherry-Evans.
However Johns doesnt believe the Manly skipper or the Broncos back-rower are worth paying six figures a year to secure their services.
Kayo is your ticket to the 2020 NRL Telstra Premiership. Every game of every round Live & On-Demand with no-ad breaks during play. New to Kayo? Get your 14-day free trial & start streaming instantly >
Round 9
Wayne on Fifita’s big $ offer
2:31
LATE MAIL: All the latest ins and outs and team news from Round 9
CASUALTY WARD: Roosters injury crisis hit overdrive
Johns also left current million dollar a season player Jason Taumalolo of his list due to the fact the Cowboys are performing so poorly despite the locks consistently strong performances.
Johns would only break the bank to the tune of a million dollars plus for Cameron Smith, Luke Keary, Nathan Cleary, Cameron Munster, Jack Wighton, Mitchell Moses, Tom Trbojevic and James Tedesco.
MORE NRL NEWS
INMATES RUNNING THE ASYLUM? Broncos reveal switch to player power
BLOODY DEJA VU, IM OVER IT: McGuire burns embarrassing Cowboys
I WILL RUN NAKED: Bellamys bizarre bet with Ricky ahead of Raiders clash
The thing is theyre all in the spine, Johns told WWOS Immortal Behaviour.
Theyre all players who handle the ball a couple of times every set.
Johns believes the Broncos offer for Fifita is closer to the mark for elite back-rowers, while the Titans would be paying massive overs at $1.25 million a season.
MATTY JOHNS PODCAST – Super League war explained; Blake Greens future
LISTEN NOW ON APPLE PODCASTS
A million dollars for me for a back-rower is quite high, I think the Broncos said theyd only go to seven or eight hundred (thousand), something like that, Johns said.
I think the Broncos are right, I think about $800,000, hes an amazing prospect. He could be one of the best back-rowers in the game but hes only 20 and I dont think Id be paying anywhere near that million dollars, around 750 to 800 (thousand) for a back-rower.
Johns believes spine players like James Tedesco are the only players worthy of million dollar a season contracts.Source: News Corp Australia
The eight Rugby League Immortal tipped Fifita to stay with the Broncos and urged him not to make a decision based solely on money.
My advice to David would be you cant put a price on happiness and you cant put a price on winning all the time, Johns said.
So if youre going to the Titans theres no guarantee youre going to be in a strong club, the Broncos at the moment are just treading water but if they get their you-know-what together theyll be up there most years.