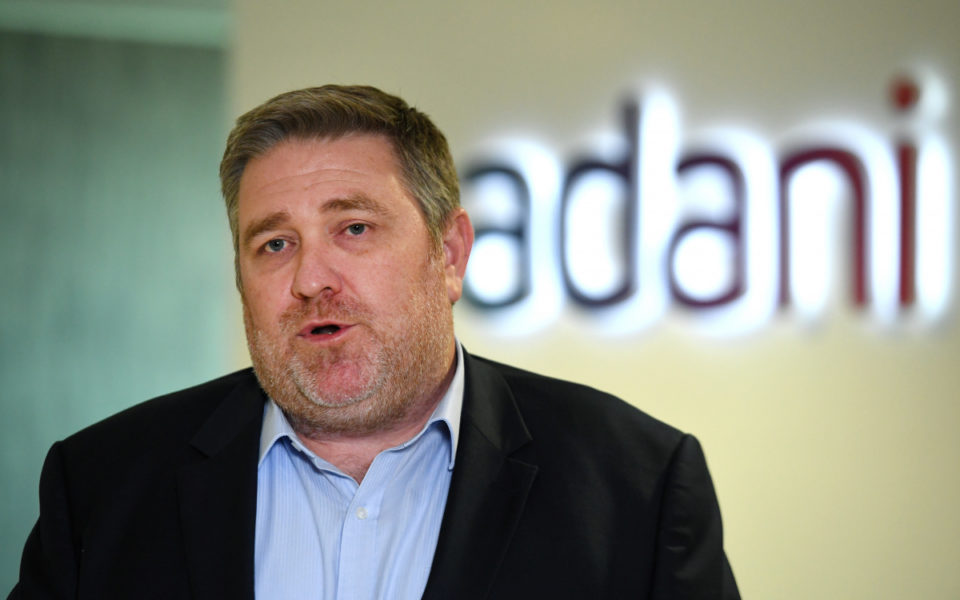 Lucas Dow has mysteriously stood aside as the Adani chief executive with the controversial Carmichael coal project still about a year away from production.
The company said the decision came as the Carmichael mine development was well underway. Mr Dow will become a non-executive director of the companys Australian mining division.
Mr Dow, who served as CEO for two years, left with a parting shot at the activists who have delayed the project for years with legal action, claiming their campaign of bullying and intimidation had failed.
He also leaves a tattered relationship with the Queensland government after he began an all-or-nothing campaign to shame it into approving the mine. It eventually did following Labors poor showing in Queensland in the 2019 federal election, during which Adani was a key issue.
However, Adani faces a new legal threat from landowners in Godda, India, where Adani Power is building a power plant that will use coal from the Carmichael mine. It also still faces an appeal in the Federal Court from the Australian Conservation Foundation about the approval of Carmichael.
The decision came as New Hope Group appointed former Yancoal boss Reinhold Schmidt as chief executive replacing the retiring Shane Stephan.
Legal action has delayed the massive mine project for years.
Adani will be handed over to David Boshoff, the Townsville-based project director of the Carmichael project and previously general manager of Mount Arthur Coal. Mr Boshoff will remain in Townsville, which will be a shift away from the power base in Brisbane.
Under Mr Dows leadership, the project was scaled back to 10 million tonnes and eventually won financing from within Adani Group.
Adani Australia said in a statement that Mr Dows leadership reshaped the Carmichael project, achieved final approvals and completed the first critical 12-months of construction.
Dow will continue to be involved in the business in a non-executive capacity and remains an integral part of the Adani Australia team, the company said.
Before joining Adani, Mr Boshoff was general manager at BHPs Mount Arthur Coal and Daunia mines and was instrumental in starting production ramp-up on schedule at BMAs Caval Ridge mine.
One of Adanis arch-critics, activist Ben Pennings said the big decision in the Carmichael project came from India.
After 10 years of slow and expensive progress Gautam Adanis patience must be waning, Mr Pennings said.
Lucas Dow came from BHP and new CEO David Boshoff was recently the general manager of BHPs Mount Arthur coal mine, which Adani are reportedly looking to purchase. Its much cheaper to buy an existing mine at a deflated price than open up a new thermal coal basin for a project thats unlikely to ever turn a profit.
Australian Conservation Foundation campaigner Christian Slattery said the campaign to stop Adani was far from over.
More than 70 companies have ruled out working on the mine because of the climate catastrophe this project represents, Mr Slattery said.
This story for appeared in InQueensland and is republished with permission.