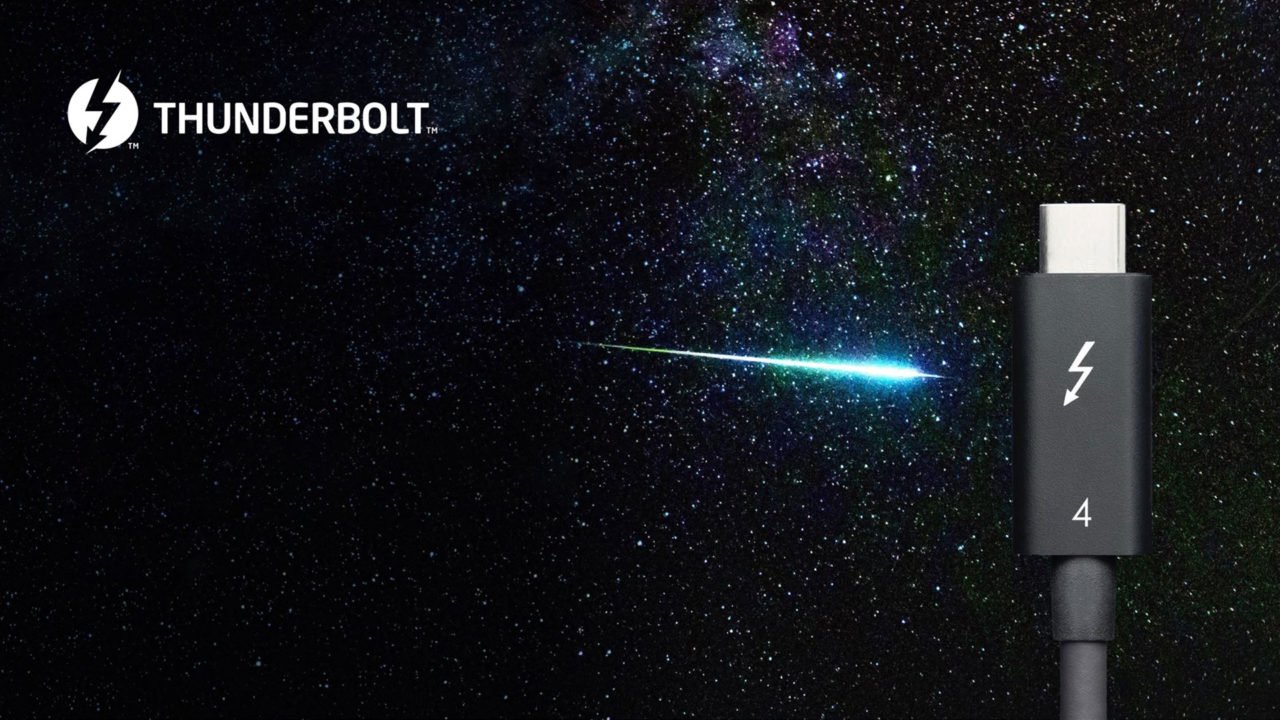 Intels Thunderbolt connector is pretty much the gold standard when it comes to ports, with Thunderbolt 3 found on a wide variety of high-end computers and peripherals. But Intel is looking to improve and refine its connection standard, and now we have new official details regarding the next version of the spec: Thunderbolt 4.
Interestingly, while Thunderbolt 4 includes a number of new features, its maximum transfer speeds will remain the same as Thunderbolt 3 at 40 gigabits per second. Instead, Intels main goal for Thunderbolt 4 is to provide wider compatibility and support between Thunderbolt and the growing number of USB-C based gadgets.
Intel said Thunderbolt 4 is based on the same underlying protocol spec as USB 4, which means new Thunderbolt 4 ports and cables should be backwards compatible with any USB-C devices with support for USB specs as far back as USB 2.0. And while Thunderbolt 4s total top-end transfer speed isnt changing, Intel is increasing data speeds for Thunderbolt 4 PCIe storage devices to up to 32 gigabits per second (up from 16 gigabits per second with Thunderbolt 3), while also adding support for connecting up to two 4K displays simultaneously, or one 8K display.
Intel also claimed that for, the first time, Thunderbolt 4 docks will be able support up to four Thunderbolt ports on a single device, while also making it possible for the first time to get universal Thunderbolt cables measuring up to two meters in length.
To help simplify charging on laptops, Intel will also require notebook makers to include at least one Thunderbolt 4 port for charging on systems that draw less than 100 watts of power, while also mandating the Thunderbolt 4 notebooks must be capable of being woken up via keyboard or mouse input when connected to a Thunderbolt 4 dock.
So when will Thunderbolt 4 become available? Intel said it expects to start shipping out new 8000 series Thunderbolt 4 controllers to device makers later this year. On the laptop side, Intel says Thunderbolt 4 will be available first on systems featuring its upcoming Tiger Lake CPUs and systems part of its Project Athena initiative, which are also expected to become available sometime starting in late 2020.