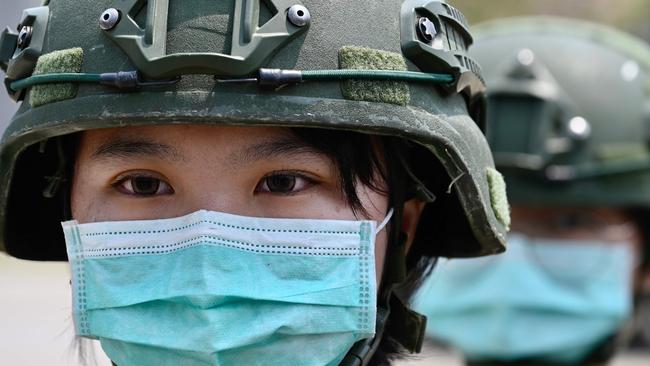 Former New Zealand Prime Minister Helen Clark and former Liberian President Ellen Johnson Sirleaf have been announced as joint leaders of a World Health Organisation (WHO) panel into the source and response of the coronavirus pandemic. The Independent Panel for Pandemic Preparedness and Response will conduct the much-publicised review into the coronavirus pandemic that has swept the world.
The WHO agreed to conduct an inquiry in May after the move was initially proposed by Australia, tabled by the European Union and overwhelmingly backed by member states, including China at the World Health Assembly.
MORE: Follow the latest coronavirus news
MORE: China labels Australian COVID panel win a ‘joke’
The move sparked a swift diplomatic backlash from China including tariffs on Australian goods and accusations of Australia being a US lackey.
WHO chief Tedros Adhanom Ghebreyesus said the two chairs were selected after consultation with member states and experts.
“I cannot imagine two more strong-minded, independent leaders to help guide us through this critical learning process”.
“Through you, the world will understand the truth of what happened and also the solutions to build our future better as one humanity,” he said.
The WHO has come in for sharp criticism, particularly from US President Donald Trump, over its handling of the pandemic and for being too close to China.
The US leader has vowed to withdraw the country from the global health body in a devastating move that will cut off its largest source of funding.
The resolution tabled in May by the EU called for an “impartial, independent and comprehensive evaluation” of the pandemic.
It said the investigation should probe “the actions of WHO and their timelines pertaining to the COVID-19 pandemic”.
Speaking in Geneva, Dr Tedros also hit out at the lack of global cooperatoin amid the pandemic and issued a stark warning of severe consequences.
“Make no mistake: the greatest threat we face now is not the virus itself — rather, it’s thelack of leadership and solidarity at the global and national levels,” he said.
“We cannot defeat this pandemic as a divided world. The virus thrives on division but is thwarted when we unite.”
The novel coronavirus has killed at least 549,701 people since the outbreak emerged in China last December, according to an AFP tally on Thursday.
At least 12,066,880 cases of coronavirus have been registered in 196 countries and territories. Of these, at least 6,431,400 are now considered recovered.
“How is it difficult for humans to unite to fight a common enemy that’s killing people indiscrimately? Tedros said.
“Together is the solution, unless we want to give the advantage the enemy, to the virus that has taken the world hostage — and this has to stop.”
The WHO’s response to the 2014 Ebola crisis was also widely criticised. The pandemic killed some 11,000 people mostly in the West African countries of Guinea, Liberia and Sierra Leone.
Tedros said it was time for honest reflection, and stressed it was important to remain vigilant.
“We’re in the midst of this battle. The battle of our lives, and we have to do better, not just now but for the future. Because these threats will never stop and, in all likelihood, they will get worse,” he said.
The panel will stage one mission briefing per month to give updates, while it will present an interim report to the next World Health Assembly gathering in November.
Nobel Peace Prize winner Sirleaf said: “I look forward to doing all we can to respond to these challenges that have prevented us from being united in moving forward, not only to address the effects of COVID-19 but to ensure a better health system for all nations of the world.” Clark added: “This assignment could only be described as exceptionally challenging.”