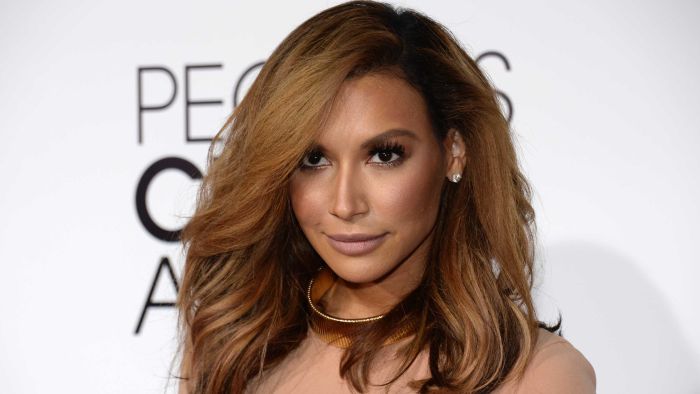 Police are searching for singer and Glee actor Naya Rivera after she was reported missing at a California reservoir.

The Ventura County Sheriff’s office confirmed on social media they were searching for the 33-year-old on Wednesday afternoon (local time).
Earlier, they tweeted that authorities were searching for a possible drowning victim at Lake Piru, north of Los Angeles.
The search and rescue operation has been called off and will continue at first light Thursday morning (local time).
Rivera had rented a boat early on Wednesday afternoon along with her four-year-old son.
Her child was found alone in the boat about three hours later by another boater, but was unharmed.
Police have been searching for actor Naya Rivera at a California lake.(Reuters: Kevork Djansezian )
The child told investigators he and his mother were swimming, but his mother never got back into the boat.
Rivera played Santana Lopez in the Fox television series Glee between 2009-2015.
Rivera’s Glee co-star Cory Monteith overdosed seven years ago.(Reuters: Gus Ruelas)
The show was rocked by the deaths of two other co-stars in 2013 and 2018.
Cory Monteith, who played Finn Hudson on the show, overdosed on heroin and alcohol in a Canada hotel room at 31.
Five years later, in January 2018, Mark Salling died by suicide in Los Angeles.
Salling had pleaded guilty to possessing child porn the month before and was due to be sentenced in March of that year.