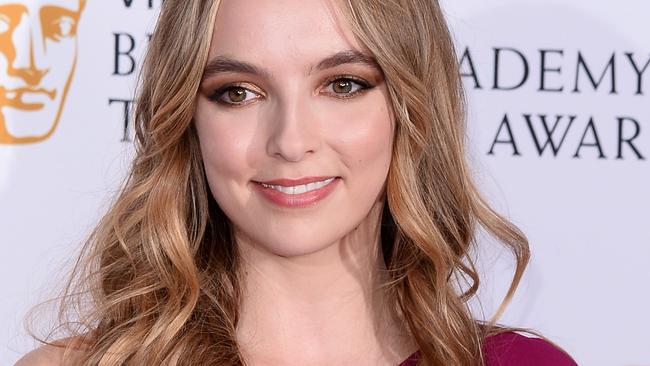 Cancel culture has struck again.Angry Killing Eve fans have unleashed on actress Jodie Comer following unfounded reports the star is dating a man who aligns himself with the US Republican party and President Trump.
Comer, 26, whose character Villanelle from Killing Eve has become an icon among the queer community, has been labelled a “false activist and ally” in a number of tweets in light of rumours she’s linked to a Trump supporter.
The pile-on began on Wednesday, and was seemingly fuelled by unsubstantiated claims that Comer is in a relationship a man named James Burke who is said to support US President Donald Trump.
RELATED: Cruel reason Ellen is trending
RELATED: Bieber says photo proves his innocence after pile-on
Comer, who won an Emmy for her chilling portrayal of Villanelle in 2019, is yet to respond.
The star has long remained tight-lipped on her private life.
In a vicious response to the whispers, Comer’s name began trending as fans called her recent support the Black Lives Matter “performative activism”.
One user wrote, “Jodie comer after posting the blm hashtag on her story once and recording a video for pride then going back to her republican boyfriend.“
Another added, “Jodie Comer dating a Trump supporter, while she’s portraying an LGBT character and reading poetry as an ‘ally’ is not only wrong but disgusting. Also her posts about BLM now look like performance activism.”
Last month, the star read out letters written between Virginia Woolf and Vita Sackville-West in a moving performance as part of celebrations for Pride Month in the US.
Comer was involved in Pride Inside, an online festival set up by Amnesty International, UK Black Pride, ParaPride, Gendered Intelligence and Stonewall.
Amid the sea of backlash today, some fans threw their support behind the actress:
The Killing Eve star opened up to British Vogue in March about her romantic life, revealing that after having been single for “a while”, she is now “in love”.
“I’m very much in it,” she said.
“I think love’s the best. I’d been single for a while and just kind of going with the flow and doing my thing.
“That’s the thing, isn’t it? When you’re relaxed and letting the universe do what it’s doing, things kind of fall into place,” she added.