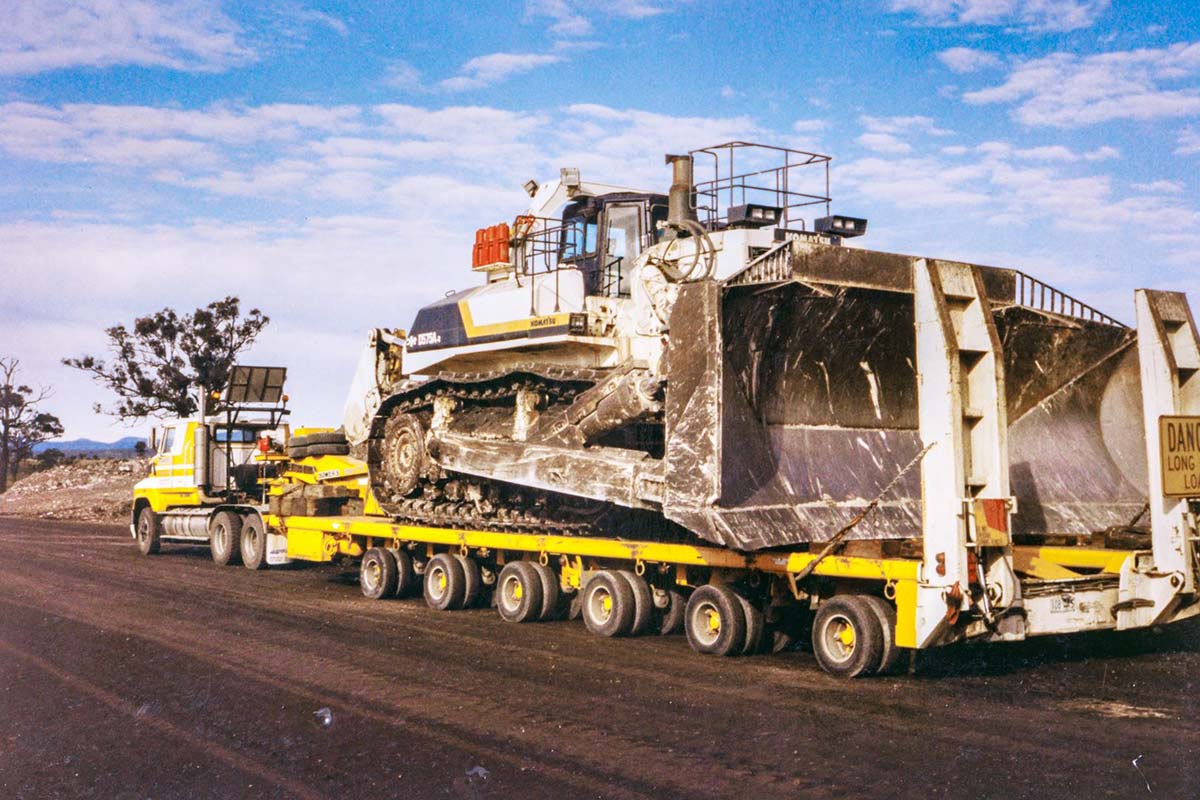 The history of equipment is littered with engineering marvels. Revered for their size and technology, these outliers often fail to achieve commercial breakeven points when manufactured on an industrial scale.

Sadly, through poor timing or a misjudgement of market opportunities, these ‘failures’ relate to a lack of market breadth rather than the machine itself.

Such was the case for the Komatsu D575 introduced in 1991 out of Osaka Japan. Despite celebrating 21 years of production, in 2012 it was deemed no longer viable with its smaller 475 sibling securing order volumes circa 20:1.

Primarily used as a coal mining dozer in strip mining pits in North America, Australia and New Zealand, the D575’s primary competitor has always been the Cat’s D11. As the dozer’s closest and most successful rival, the D11 offers the most significant perspective to the Komatsu’s overall size and blade capacity.

Marketed in Super ripper (SR) or Super dozer (SD) configuration, the SR’s single shank ripper provided miner’s a maximum digging depth of 2.06m and was often used to rip rock in areas where blasting was not permitted and ripping the only alternative. First introduced into operation at a West Virginia coal mine, the D575A assisted the mine in doubling its average meters per operating hour.

The D575’s evolution included four main models and in 2001 was introduced as the D575A-3 SD aka Super dozer.

Incorporating extensive changes to its frame, powertrain, undercarriage and blade, it sported a significantly re-designed operator cabin and powertrain electronic control system making it substantially different from its predecessor.

In 1991 working with Drake Trailers, Bowers Heavy Haulage created a semi-modular widening low loader with 80 – 300 tonne capacity shifting this machine with blade and ROPS on, an incredible feat for its time completed by a Hunter Valley local.

To find out more about this move and gain an appreciation of the sheer size of this Super dozer visit The Drake Group.

THANKS TO COMPONENTS ONLY, OUR HEAVY EQUIPMENT EXPERTS.