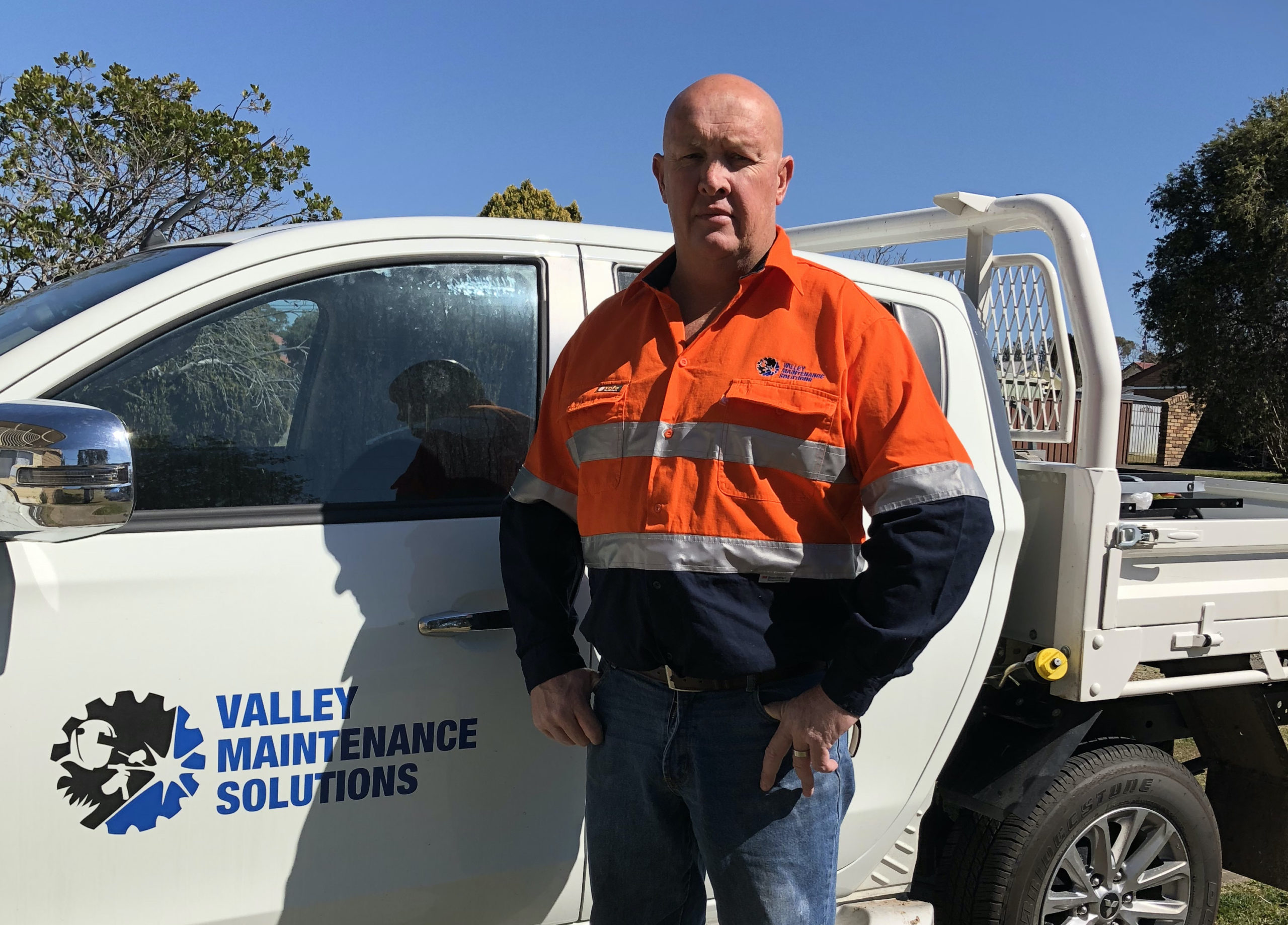 You could have knocked us over with a feather when we heard the news that good mate of @ The Coalface, Glen ‘Poppy’ Rae, unexpectedly called last drinks on a life we were all proud to be a part of.

Despite looking very old for his years due to a tough paper round as a kid, losing his hair at a young age, and the more than occasional bit of biff on the footy field and in the pub, he was only 47 years young. He squeezed a lot out of his time though and we are left with a mountain of great memories dwarfed only by the size of his heart and strength of his character.

As owner and Managing Director of Valley Maintenance Solutions, success came to him the hard way, through bloody hard work, tenacity and an unwavering desire to give the best life he could to his family who he loved more than words can say.

Poppy started in the mining industry as a Boilermaker over 20 years ago and had various roles with different contracting companies as a Supervisor, Safety Advisor and a Maintenance Manager.

He was also passionate about community, sponsoring local sporting clubs and getting on board with any cause that helped the community and its people.

For a loud, opinionated and hard man, he really was a great big softy.

Much of the following words were said by those who cherished him and alternated through tears of love and loss and uncontrollable laughter at his goodbye.

Poppy was too young to leave this world. Full of potential, he still had so much to give. His service should have been attended by a thousand, if not double or triple that, but the old ‘Rona’ buggered him and his plans for mass adulation and mourning…that and a huge bloody wake!

Poppy’s childhood sweetheart, partner and the love of his life for 31 years was Allison. It was a big, big love. Their boys Charlie and Max and of course Lachlan, were and are his and Alison’s pride, joy and purpose in life.

Charlie and Max found a card he wrote not so long ago, ‘To my beautiful wife I knew we would be together for ever. You’re a great mother and an even better wife. Together forever x.’ It turns out he was a bit of a romantic as well.

Poppy always aimed up when the going was at its toughest. A typical Aussie bloke, he was a bit rough around the edges, but truly a diamond in the rough. He was no pushover and could handle himself equally as well as he could charm the pants off someone.

He always tried to better himself and built a very successful business in mining with Valley Maintenance Solutions.

If you ever needed anything he was always there. If you were an asshole you would never have got to know him. He had no patience and that trait led to many funny stories.

He never thought he was better than anyone else and he always said it straight, good or bad. “If you don’t like it you can all go and get f#@*ed.” Was a common theme if he thought it needed to be said. No airs and graces doesn’t begin to describe Poppy.

And there were some colourful stories;

His Mum used to send him to the shops as a kid to buy a pack of Viscounts. Poppy would return home with one missing and say that they came that way when he bought them.

Then there was the bus full of Rae family and friends going to the Newy races in February. A few young punks thought it a good idea to harass some of his clan back at the bus to go home. Predictably, he applied ‘Poppy style diplomacy’ and got into a brawl and taught the brave young-un’s that it’s never a good idea to try to hijack a bus in the name of Rae.

Andrew Hughes who proudly called him his best mate said, “Some called him a smart ass and he always said, ‘You have to be smart or you’re always an ass.’ The door was always open with Poppy. He had a heart of gold. Loved a bloody golf day. We once played with Mark Waugh and at the end he said ‘I’ll never look at golf again the same.’”

Football was a religion to him. And everyone at a game understood this very bloody well. He loved his mates; the sessions were brutal and the weak never stood a chance.

Poppy loved telling a story. He also loved a vodka and passionfruit and brown Gatorate.

Harder than four-unit maths. Tougher than a brick shit house.

The Maitland Red Dogs was his footy team and like life he gave it everything up till the full-time siren. Giving the round ball game a go, violence ended his soccer career prematurely.

A rat bag, a pearler, as loyal as the day is long, a beer, a yarn, a smoke and a blu meant you made the most of the day.

We luv ya mate!

From your good mates, your work mates and most of all Allison, Charlie and Max, thanks for everything. Enjoy a cold one with Lachlan…This is no goodbye, it’s a see ya later mate.  YOU WILL NEVER BE FORGOTTEN.