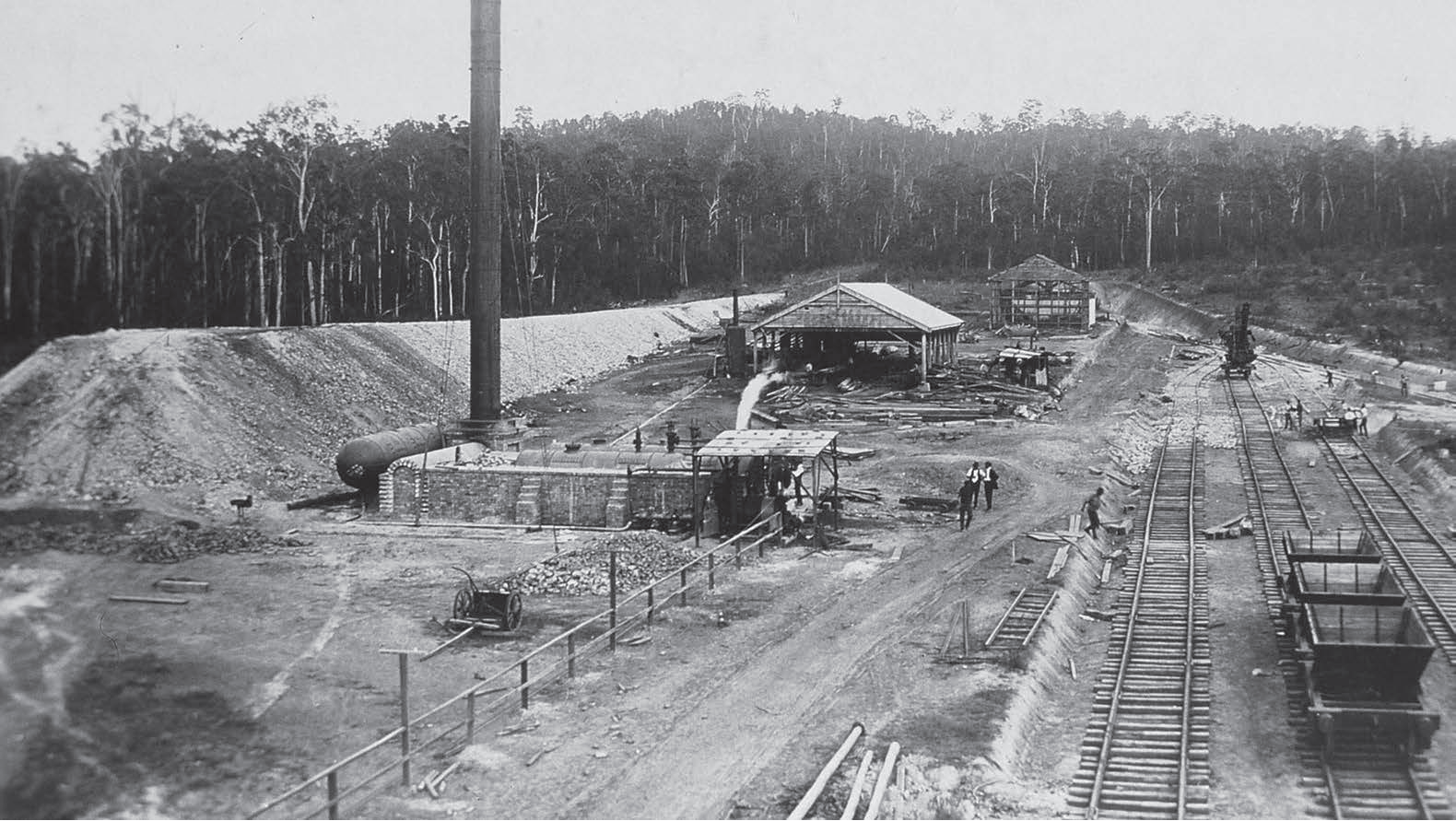 As Yancoal’s Austar Coal Mine suspends production and transitions to care and maintenance operations, we take a look at the long history of the last coal-producing mine in the Cessnock area.

On 15 April 1916 surface operations commenced at Pelton Colliery in the South Maitland Coalfields. Over the next 104 years, various operations of both underground and open cut mining were conducted at Pelton and nearby Ellalong and Bellbird until in 1998 they were amalgamated and became Southland Colliery. In 2004, Yancoal purchased the mine, renamed it Austar Coal Mine and continued the proud heritage of mining the rich Greta seam.

Throughout its many owners and operators, the mine has had a significant role in the history of Cessnock and the surrounding region, providing employment and training opportunities for entire generations of local families.

It all began with 36 men and boys who were employed with only a third of them ever having worked underground before. Decked out in PPE consisting only of a hardhat, a pair of shorts, singlet and shin pads, these first miners used naked flames to see, air flow was created by an underground furnace and coal was cut by hand.

A lot changed since those early days, especially in health and safety, but one thing remained the same throughout the years. The tough work ethic of the thousands of workers and contractors who toiled above and below the ground. A work ethic that was embedded into the very culture of the mine.

Because you needed to be tough to work at Austar.

It deservedly has a reputation as being one of the toughest mines in Australia. No other mine faced so many challenges with the size, variety, complexity and age of its surface and outbye structures. Infrastructure salvaged from old operations was put to work alongside some of the top modern machinery available. Austar’s workforce continually had to adapt and learn as new technologies were introduced and mining challenges were faced.

Austar Operations Manager Brian Wesley, “During my time at Austar I have had the good fortune to experience and share the great work culture that Austar employees exhibit in overcoming the various challenges throughout the years.”

“Austar has the badge of being the first mine to introduce longwall top coal caving into Australia and this was achieved at a time when the mine was on its knees after the Southland fire. Many clean skins were employed in the early stages of Austar and gained their mining experience in the tough mining conditions at Austar. It is a credit to the Austar workforce and its ‘can do’ attitude to achieve over 20 million tonnes of run of mine production from 2005 to 2020. There are many such examples of overcoming challenges through the Austar journey and I congratulate and thank the workforce for their efforts,” said Brian.

Austar’s biggest success story and what separates it from other mines is the introduction of the Longwall Top Caving (LTCC) system in 2006.

Designed and manufactured specifically to the requirements of Austar and in accordance with strict mining regulations, it was the first LTCC system to operate outside of China. Within months of operation, it was steadily on its way to meeting production targets. What set the LTCC system apart from other longwall systems was its ability to optimise resource recovery by incorporating a rear AFC with a retractable caving flipper at the back of each shield. This allowed recovery at times in excess of 85% of the entire seam.

During its many years of operation Austar also made a genuine positive difference to the local community, supporting many worthy projects and initiatives. Some notable highlights have included the long-term sponsorship of the annual Cessnock Mayoral Scholarship Awards and sponsorship of the Ellalong Hotel annual woodchop event, dedicated to Phillip Grant and Jamie Mitchell who tragically lost their lives in the 2014 mining accident.

At the end of March, Austar entered care and maintenance with a small workforce remaining on site and Yancoal will continue to evaluate mining opportunities to recommence production in the future. Regardless of what the future holds, the legacy Austar leaves behind is one to be proud of.