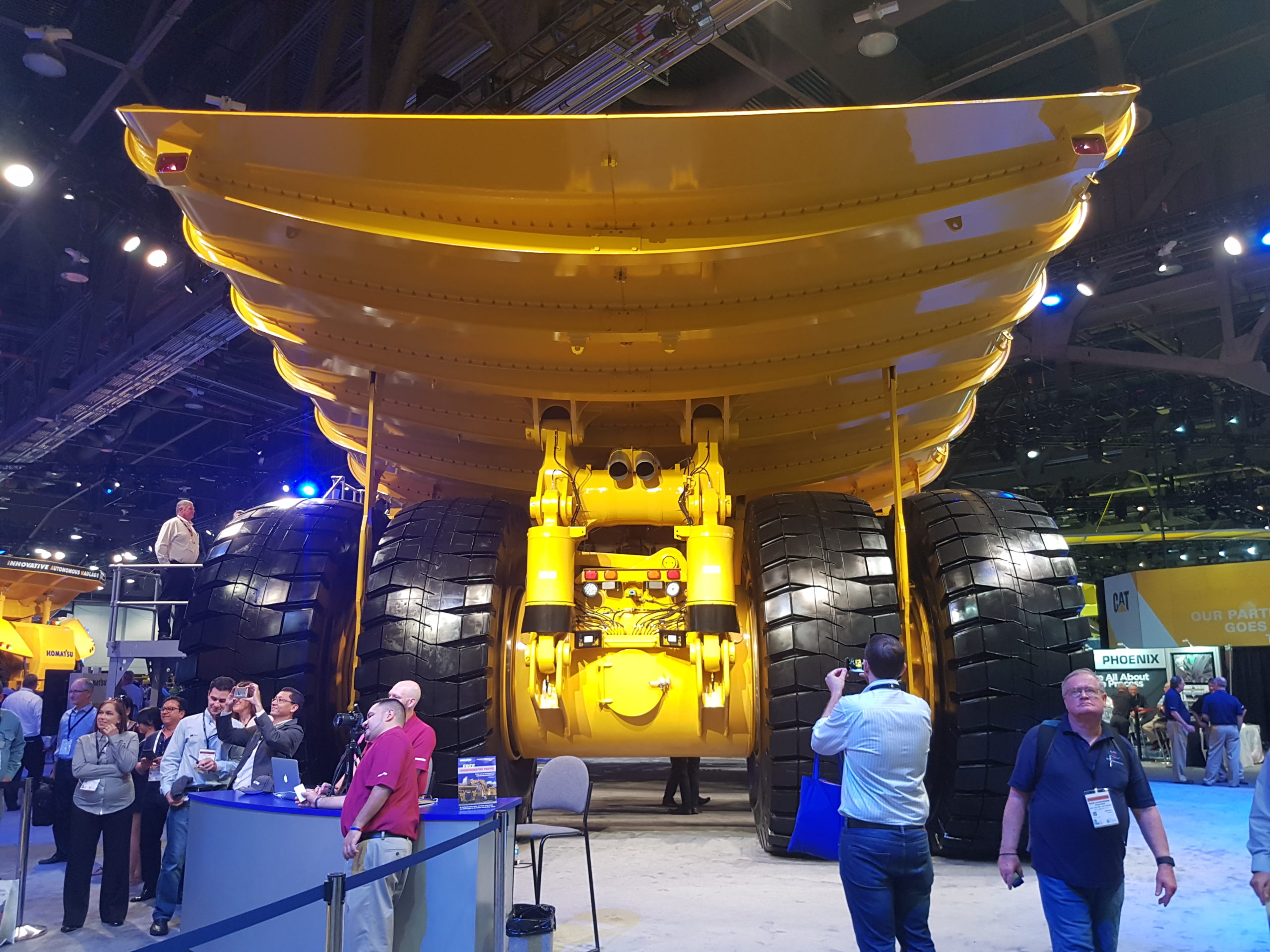 The last three decades have seen a significant scaling in the size of our mining machines.

This scaling has allowed higher productivity and with it the incorporation of new technologies, as seen in the new generation of category killing dump trucks defined as ‘ultra-class’ trucks. Known for their size, speed and capacity, these trucks shadow their smaller siblings with the majority of them now electrically driven.

Today, I take a quick look at four of the largest trucks that you’ll likely see in the coal mining regions of Queensland and NSW:

The Liebherr T 282C and its newer, T 284, are the lightest (lowest empty vehicle weight) and most capable (highest payload capacity) mining trucks in the world today. With an industry-leading ‘lightweight’ frame (237 tonnes…), this truck has the capability of hauling 363 metric tonnes, making them highly fuel-efficient.

Previously known as the Terex Unit Rig MT6300AC and Bucyrus MT6300AC, this truck has been repackaged, repainted and relaunched as the Caterpillar 798 AC. Carrying a 363 metric tonne load and capable of reaching 64kph, we will see many more these proven machines in the coming years.

A true stalwart in Cat’s lineup, the Caterpillar 797F was one of the first big ‘ultras.’ Capable of transporting up to 363 metric tonnes it is one of the only mechanical driven trucks that remain today. Despite its age, this truck maintains a loyal following and today is powered by Cat’s new generation C175-20 diesel engine.

A late-comer to the party, the Komatsu’s 980E measures up to its competitors in every way. With a 363 metric tonne capacity, the 980E-4 electric haul truck is the largest of Komatsu’s range and is an optimal match with the big bucket loading machines found in large scale mining applications. As the big brother, it builds upon the success achieved with their 830E, 930E and 960E haul trucks.