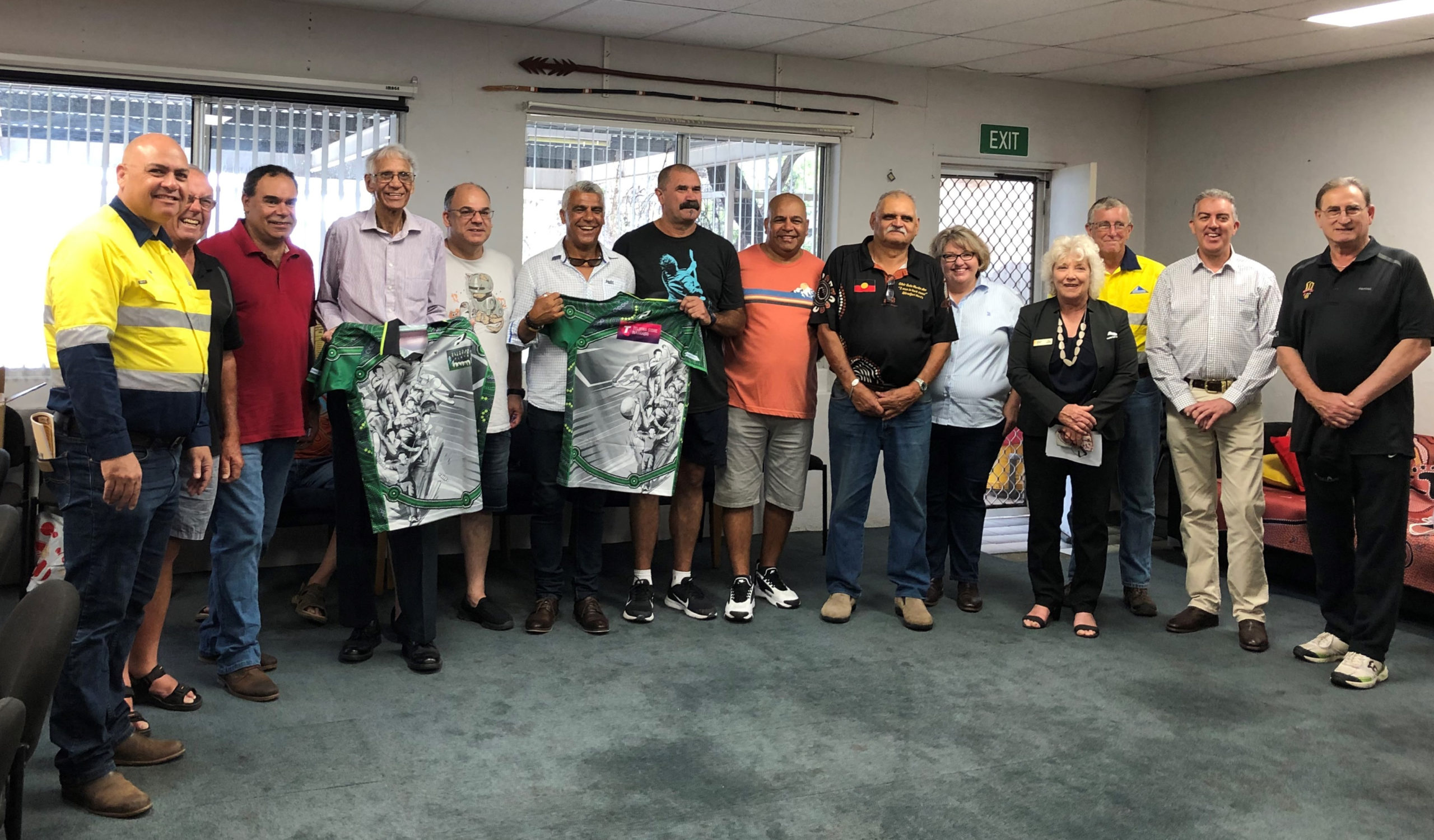 Cricketing legend Lennie Pascoe journeyed to Narrabri on the Australia Day weekend to celebrate the reunion of Australia’s second all-Indigenous cricket team and their tour of England in 1988.

While poor weather conditions saw the game washed out, some team members took the opportunity to tour Whitehaven’s Maules Creek Coal Mine, which has been recognised for its industry-leading Aboriginal Employment Strategy by the NSW Minerals Council.

Les Knox, one of the driving forces behind the reunion and the assistant manager of the 1988 side, said the tour of Maules Creek was a fantastic experience.

“It was fascinating to learn about open-cut mining and observe the technical skills of the men and women who do it for a living each day,” Les said.

“It was also rewarding to learn about Whitehaven’s commitment to Indigenous employment and training and see how it’s making a difference in people’s lives.”

Whitehaven Coal Aboriginal Community Relations Manager Bob Sutherland said the company was delighted to lend a hand in bringing the team back together.

“The sense of history and accomplishment amongst the former players made the day very special, and Whitehaven was honoured to play a small part in the occasion through a donation,” said Bob.

“We are proud of our strong partnerships with Indigenous people and groups living in the communities around our operations, and I’m pleased the team had the opportunity to see our operations, and the contribution we’ve been able to make through fulfilling employment firsthand.”

“And while we work hard together to address disadvantage it’s so important to celebrate the success of Indigenous people embodied by the members of the 1988 side.”

CEO of the Narrabri Local Aboriginal Land Council Lynn Trindall added that it was a pleasure to have members of the 1988 side in Narrabri for their reunion.

“The hospitality shown by the whole community – from fans of cricket to local industry – made the reunion very special,” said Lynn.

Les Knox worked with Ian Chappell in the early 1980s to select the side from almost 140 players from across Australia.

The 17-man side won 16 of their 28 games over their eight-week tour of England.