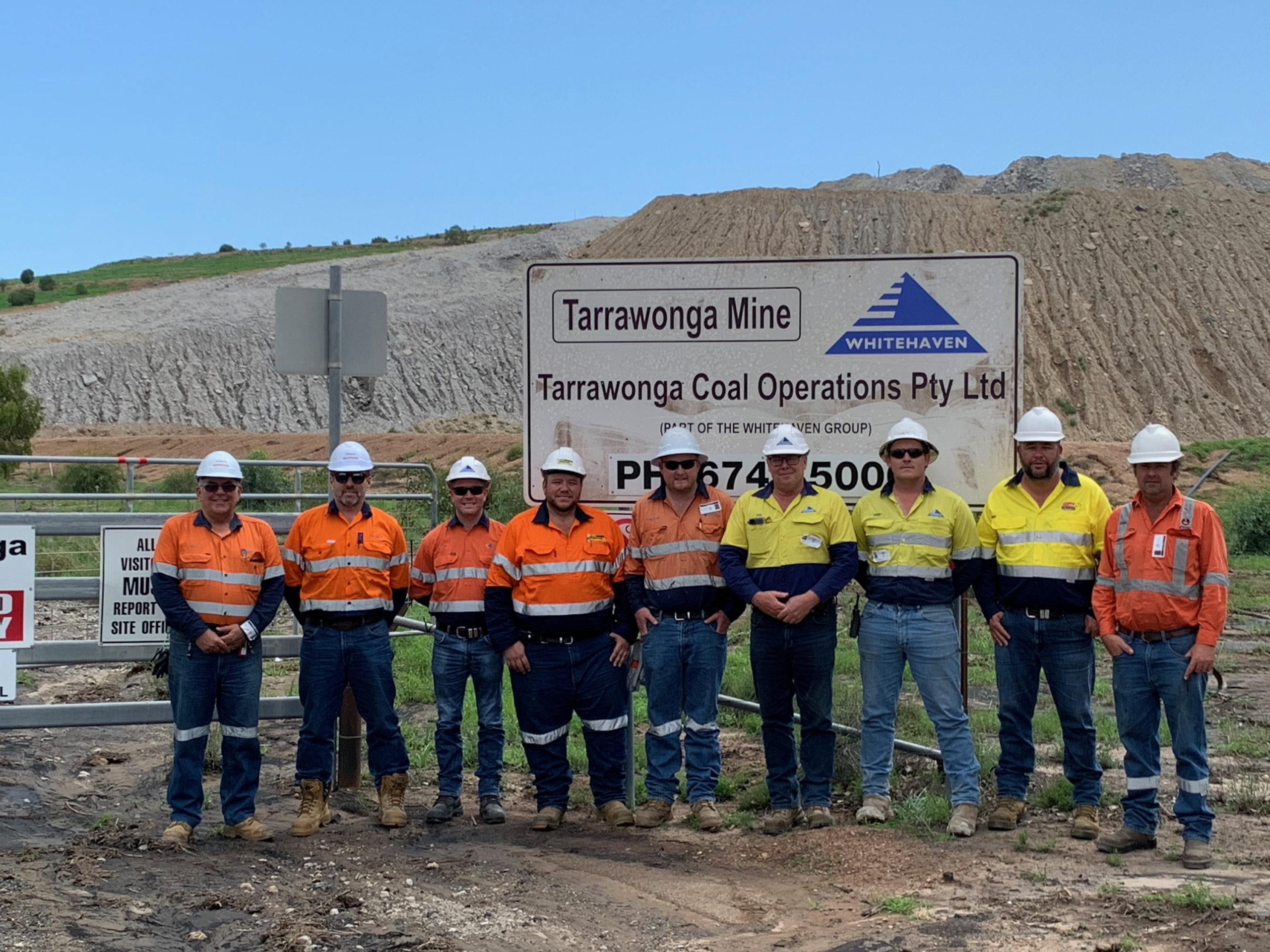 Businesses in North West NSW have partnered with Whitehaven Coal on a $126 million upgrade at the Tarrawonga open-cut coal mine, with the project managed and delivered entirely by local businesses.

The upgrade supports the mine’s ramp-up to its newly approved production rate of 3 million tonnes per annum, and included construction of a new office, workshop, roads and carparks, an electrical and mechanical upgrade to the Coal Handling Plant, and supply of equipment including a new fleet of diggers and trucks.

Glenn Many of Many Fabrication & Engineering, which led the fabrication, installation and componentry for the CHP upgrade, said that working on major projects with miners like Whitehaven has helped his business weather the downturn in the agricultural sector.

“Unfortunately, over the last 18 months or so we’ve seen the agricultural side of the company take a huge hit. We’ve had to diversify, and we’ve been able to adapt to make up the shortfall from agriculture,” said Glenn.

“We’ve got about 36 employees and 6 apprentices, ranging from first to fourth year, and projects like this have helped keep the company afloat. We haven’t laid anyone off – in fact we’ve been able to employ people who live locally, including farming people from around the area. The reality is if we weren’t doing these types of projects, we wouldn’t be around.”

“The team at Whitehaven are big advocates for local supply and local people, and we’ve had an opportunity to show we’re here and we can do the job. It’s building up the local skills in the area, so moving forward companies like Whitehaven know they have the resources to do these major projects without going out of town or interstate.”

“We have around 85 employees, about 95% of whom live locally – and the consistency of work with Whitehaven, including the Tarrawonga upgrade, has allowed us to sustain our employee base. The ongoing support gives us the confidence to engage new apprentices each year,” said Andrew.

“This upgrade project means we can not only improve productivity and reliability when it comes to getting coal out of the ground, but importantly, we have better facilities for our teams across both operations and maintenance.”

“Of course, a project of this scale also means we’re able to keep this investment in our local area, which is particularly important during this drought period.”