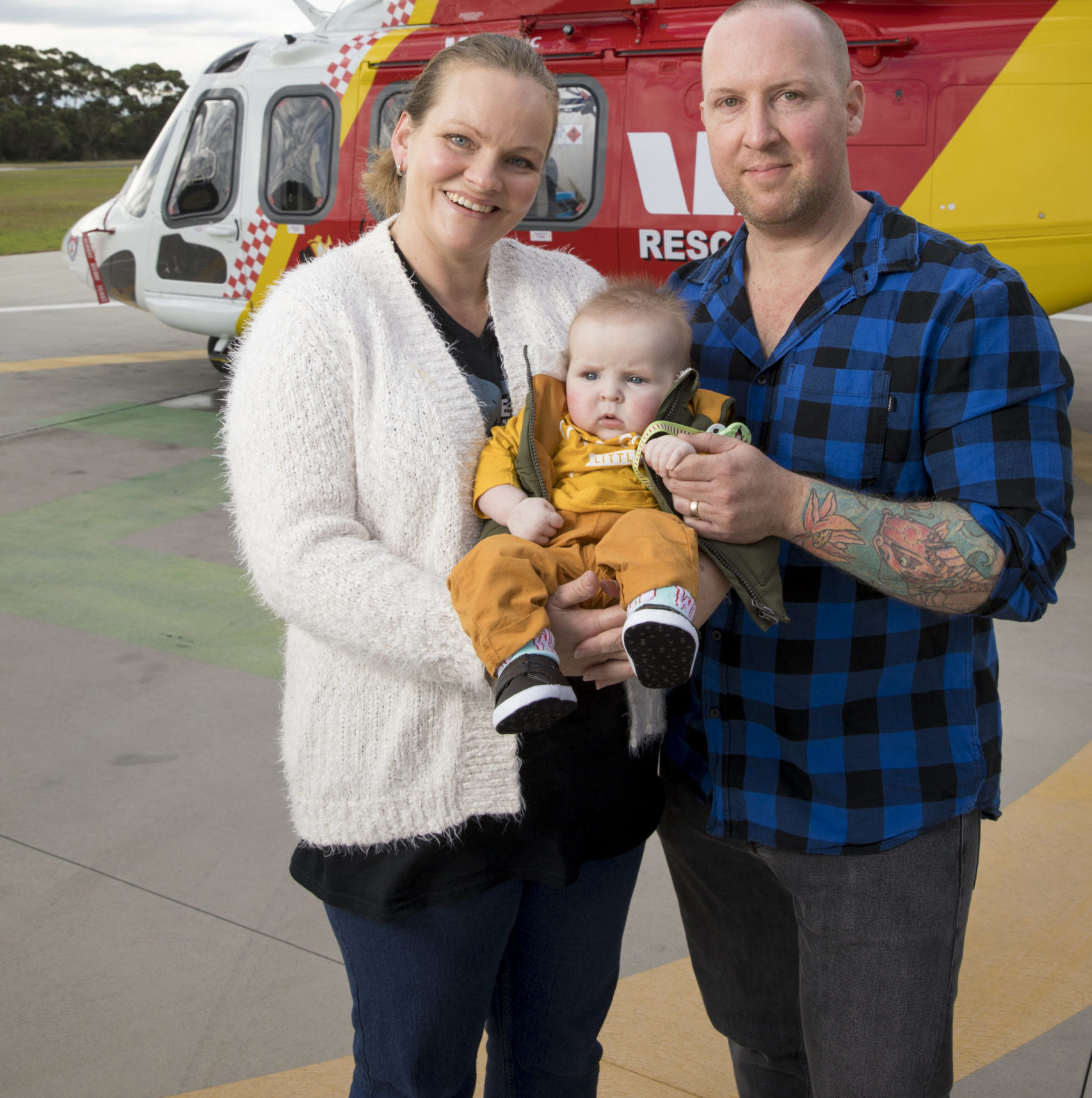 He was born in December 2018 with rare condition called tracheoesophageal fistula (TOF). This meant that his oesophagus did not connect to his stomach and he was born unable to swallow, and if left untreated, he would literally drown in his own saliva. This required him to have surgery within the first couple of days after meeting his parents, Joanne and Rob.

He had a pretty rough recovery as Christopher’s condition was described as complex requiring him to be in hospital for six weeks.

Rob had just got home from work one day when Christopher was 7 weeks old. “Christopher had sounded rattly and Rob and I re-positioned him to his side as this normally helped – instead this time it had the opposite effect and he just stopped breathing. It was a very strange sound and I grabbed the phone and dialled 000 immediately,” Joanne said.

“I didn’t realise it was any different to previous episodes until a couple of minutes into the call when it became clear that things were really wrong this time, I just knew we needed help,” she said.

While Jo was on the phone to Triple 0, Rob moved quickly to provide his baby with CPR.  Rob is in the Rural Fire Service and had undertaken first aid training which included children’s first aid before Christopher was born.

This was the second time that Potters called Triple 0. A few days earlier, Christopher was transported back to hospital after going blue, floppy and unconscious. He was discharged the following day only to become seriously unwell a day and half later.

Within 17 minutes there were three ambulances, two police cars and the Rescue Helicopter had landed.

“Rob and Jo’s quick thinking saved their little boy’s life,” said Sean Valance who was the flight paramedic on board that February afternoon.

“He still has some hurdles to jump, but he is a pretty strong little boy and doing well. He has the best medical team with him. Because of the amazing work of our emergency services the team at the Rescue Helicopter he was put in the specialist care he needed so quickly. We are so grateful to everyone,” Jo said.

The Potter family were guests at the Belmont Base where they had the opportunity to re-meet some of the crew that were on board the day that Christopher was transported to Sydney.