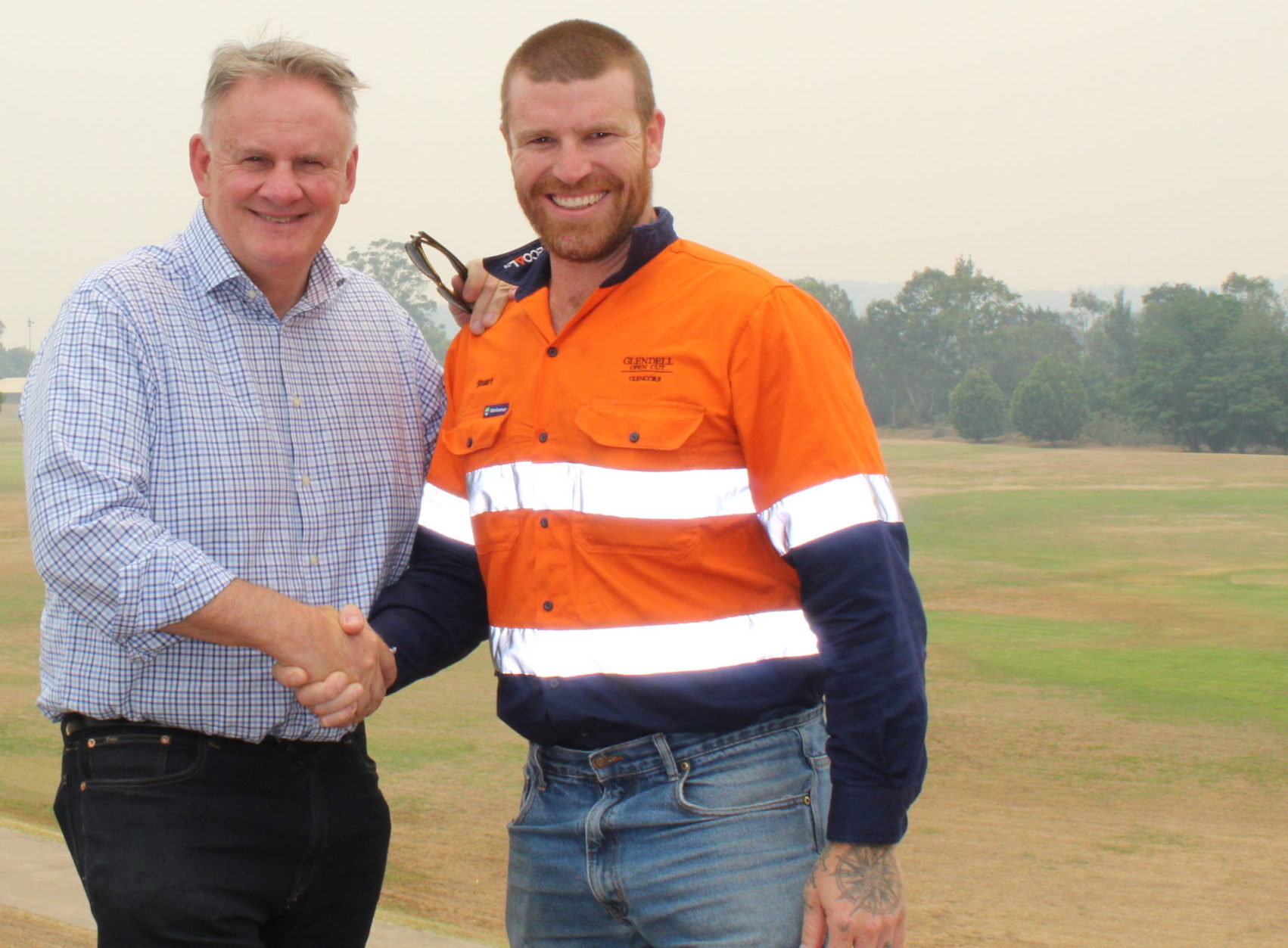 At the tail end of 2019, Mark Latham was asked to come to the Hunter by Federal One Nation Candidate Stuart Bonds to deliver an information night on the much anticipated family law review, and to visit what Stuart believes will be Adani 2.0, Glencore’s Glendell.

During the catch up with Mark and Stuart they both passionately talked about Glencore’s application for an expansion that will see the mines output double to 10 million tonnes and extend its life until 2044. With both believing the application will no doubt end up in front of the Independent Planning Commission (IPC).

Mark expressed his frustration at the ‘flip flop attitude’ of the IPC claiming they are operating outside their original mandates and possibly operating illegally in some instances.

“The commission is taking into account emissions created overseas from use of the coal which is not their job. Their job is to make sure the companies are working within the perimeters of the Australian law and looking after the community and environment in the scope of their business,” said Mark.

He went on to say that if we don’t get the IPC pulled back in line NSW will miss out on major projects from private investors as NSW will be put into the too hard basket for large companies. This would be devastating not just for the Hunter but the whole state.

Of the application, Stuart said, “The combination of the claimed cultural significance of the site, the fact it has a near 150-year-old homestead smack bang in the middle of the lease and it claimed as being ‘prime grazing land’, all make the company’s challenge all the more difficult.”

Stuart told us that as fate would have it, he was the last person to live on the homestead grounds in 2006-2007 before Glendell mine was opened in 2008. He said nobody ever come and looked at the homestead whilst he was living there, there were no cultural gatherings either and in his view the land is terrible grazing land.

“Essentially the mine is looking at having to shovel tens of millions of dollars into relocating a house that is currently unliveable. This has nothing to do with saving the homestead or the aboriginal culture or people suddenly caring about farmland. Those are just vehicles to push their climate change agenda,” said Stuart.

As the lunch continued, conversation turned to talk of the Hunter’s future. If you don’t know Stuart, he is a man who passionately cares about the Hunter and he had a lot to say.

“We hear the words ‘transition’ get thrown around a lot these days. In fact, the Labor party even convinced the CFMEU to use that same language when describing the coal energy sector during the election. We need a ‘just transition’…. But what does it mean? To tell you the truth, for all the time I have spent fighting this fight I simply don’t know. But let’s say we are going to transition, and I would say that in 30-40 years we may have to due to technological advancement, how would a forward thinking businessman preform this delicate task? Well to put it simply, you don’t move out of your old house before you’ve completed your new one.”

Stuart explained how we should look to America for a perfect example. “Look what happened to their mid-western states when their factories were moved overseas or their coal sector ground to a halt. We know what happens when highly skilled, high paying jobs leave these rural areas. You are left with towns and cities that are shadows of their former selves.”

“Suicide numbers, drug addiction, depression, family breakdown and violent crime numbers all significantly increase. The only things that will decrease is the price of local housing, destroying all the accumulated wealth generated in the area.”

“We need to start to move in right direction we’ll before we even utter the words ‘transition’.”

Stuart said the bypasses are a good start as once completed they will allow faster travel to and from Newcastle and Sydney, but they are only a sugar hit to the local community. Especially seeing as these contracts are being increasingly given to companies based overseas so the ultimate profits are taken offshore. What we need is a long term plan.

“We have long been a major supplier of energy to the state and we have all the infrastructure in place. We should be looking at a new clean coal fired power station. Or maybe we should be considering the nuclear option.”

“The high speed rail network is starting to make more sense as the country’s population grows. Wouldn’t the Hunter be a perfect spot for the construction and ongoing maintenance of the trains?”

Stuart also suggested tax zoning as an option, where companies get a lower tax rate if they build or relocate to regional areas. And there’s plenty of more ideas from this passionate man.

But regardless of what we decide for the future, Stuart said we need to accept that the coal industry will be here for decades to come. We should remember it has served us well and will continue to feed our families long into the future.

“One Nation’s ongoing fight is for companies that are doing the right thing to be able to keep mining operations going and expanding. Our fight is for the rights of injured coal miners to receive their accident pay and entitlements. Our fight is to stop the exploitation of so called ‘casual’ coal miners and have then paid correctly. This is what One Nation fights for, and this is what I fight for.”

Agree or disagree with Stuart, you have to respect his commitment to the community, the workers and to the mining companies and to the future of the Hunter.

“We are all wedded to the future and if we look at the real future, the children being born now, we need to think big and start thinking now if we are going to build a bigger, better Hunter for them.”