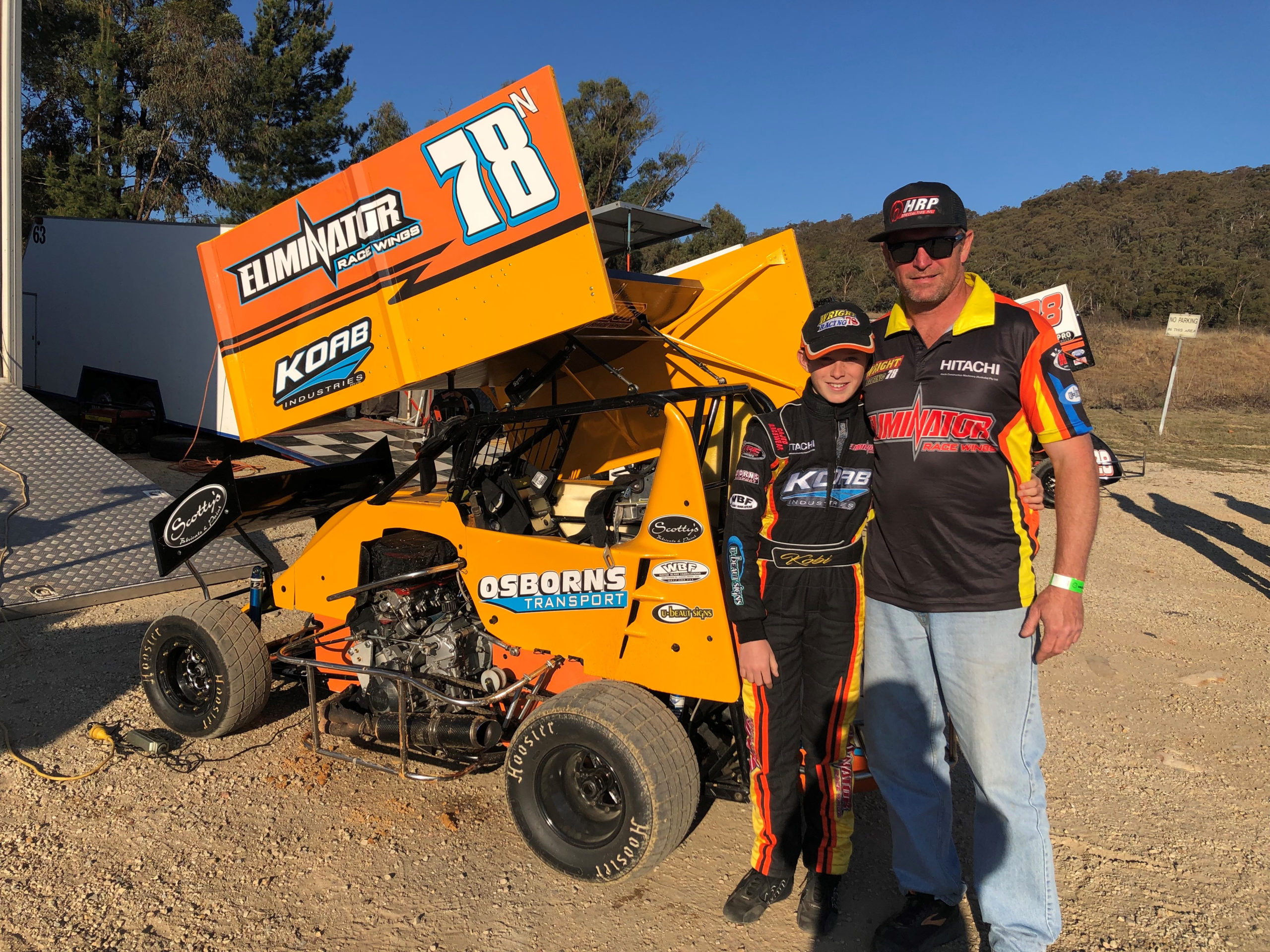 Racing is in the blood of 12-year-old Kobi Wright, starting his rookie season in the Junior Formula 500 class.

Passionate youngster Kobi Wright has been around the racetrack right from birth, watching his dad and champion sprintcar racer Andrew Wright tear up the track. The Muswellbrook local has already claimed a 3rdplace finish in the Feature at Cullen Bullen since his debut in September 2019.

With 5 race meetings under his belt and another 10 to finish off the season, Kobi is a busy young star, also playing rugby league and touch football, and just starting year 7 at St Joseph’s High School, Aberdeen.

Under the guidance of his dad Andrew, Kobi has jumped into racing head on with hopes of continuing the Wright Racing name. “My Dad has been my biggest role model,” said Kobi.

“He never gives up when things get tough especially in his racing and always supports me 100% in whatever I am doing.”

Andrew Wright has been racing for the past 25 years, winning title after title, multiple awards and leading the way for Kobi’s career. With a champion racer dad and coach like Andrew, the future looks bright for young Kobi.

Kobi aims to continue learning his race craft as he strives for more podium finishes throughout the remainder of the season. “Racing is really good and I am enjoying learning how to drive the car, but it can also be a bit nerve racking at times,” Kobi said.

“My Mum didn’t want me to race as she thought it was too dangerous. I broke my collarbone playing Rugby League, she changed her mind and said racing didn’t seem that dangerous, the next week there was a race car in the shed but I had to wait 8 weeks for my collarbone to heal before I could even sit in it!”

Kobi’s dad Andrew, mum Hollie, sister Abbie and pop Ray all travel with him to every race meeting to cheer on the racing young gun. With the support of his family Kobi said, “I aim to continue racing Junior Formula 500 until I turn 16 and I would then like to start racing Sprintcars and be competitive in Australia and America.”

With thanks to his sponsors KOAB Industries, Eliminator Race Wings, Osborn Transport and Scotty’s Fabrication and Paint, Kobi looks to finish of the season with a bang. No doubt you’ll see the Wright name continue to dominate the racing scene for years to come.