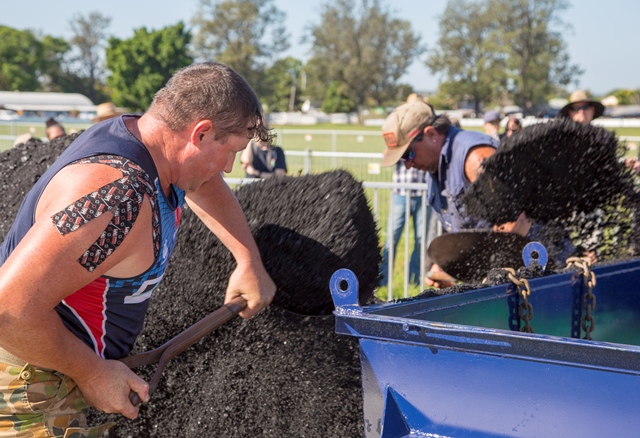 The Hunter Coal Festival will return in 2020 with events focusing on the festival’s themes of “community + co-existence + innovation + education”.

Organised by Singleton Business Chamber, a series of events is planned for October 2020 as part of the biennial festival.

Singleton Business Chamber president Sue Gilroy said, while events and details were still being finalised, a number of major events had been fully locked in including the popular Mining Leaders Lunch on Friday, October 30 followed by the Singleton Community Day celebration on Saturday, October 31.

Plans were also being finalised for an Innovation and Careers Expo in Muswellbrook on Friday, October 23. The Westpac Rescue Helicopter Service’s Hunter Valley Mining Rugby League Charity Day, scheduled for Saturday, October 17, would also be a festival-associated event.

Ms Gilroy said the festival line up was shaping up well with a spread of events aimed at entertaining and educating the community.

Ms Gilroy said the Singleton Community Day was designed to be a celebration of the co-existence between the mining industry and community with family-orientated entertainment and activities featuring throughout the day. Free planned attractions included children’s activities, industry sponsor community engagement and educational displays, bus tours to local mine sites and tug of war, touch footy and coal-shovelling competitions and more.

“The Singleton Community Day was a massive success in 2018, attracting an estimated 6000 people to the Singleton Showground and we are very keen to build on that in 2020,” Ms Gilroy said.

“We are also currently talking to very high-level potential speakers to address the Mining Leaders Lunch and hope to make an announcement on that soon. We also believe the planned Innovation and Careers Expo will be a major event which will educate local people about the innovative strategies being developed and fulfilling career-paths available in the Hunter region through mining and other industries.

“It’s also great to have the Westpac Rescue Helicopter Service’s Hunter Valley Mining Rugby League Charity Day on board as an associated event; it’s arguably the Upper Hunter’s most visible event showing community and the mining industry working together.

“The festival is again enjoying strong support from the mining industry through sponsorship and hands-on involvement in the planning. Companies that would like to support the festival can still get on board through sponsorship; anyone interested in becoming a sponsor should contact the Chamber at admin@singletonchamber.org.auor phone 0417 432 081.”