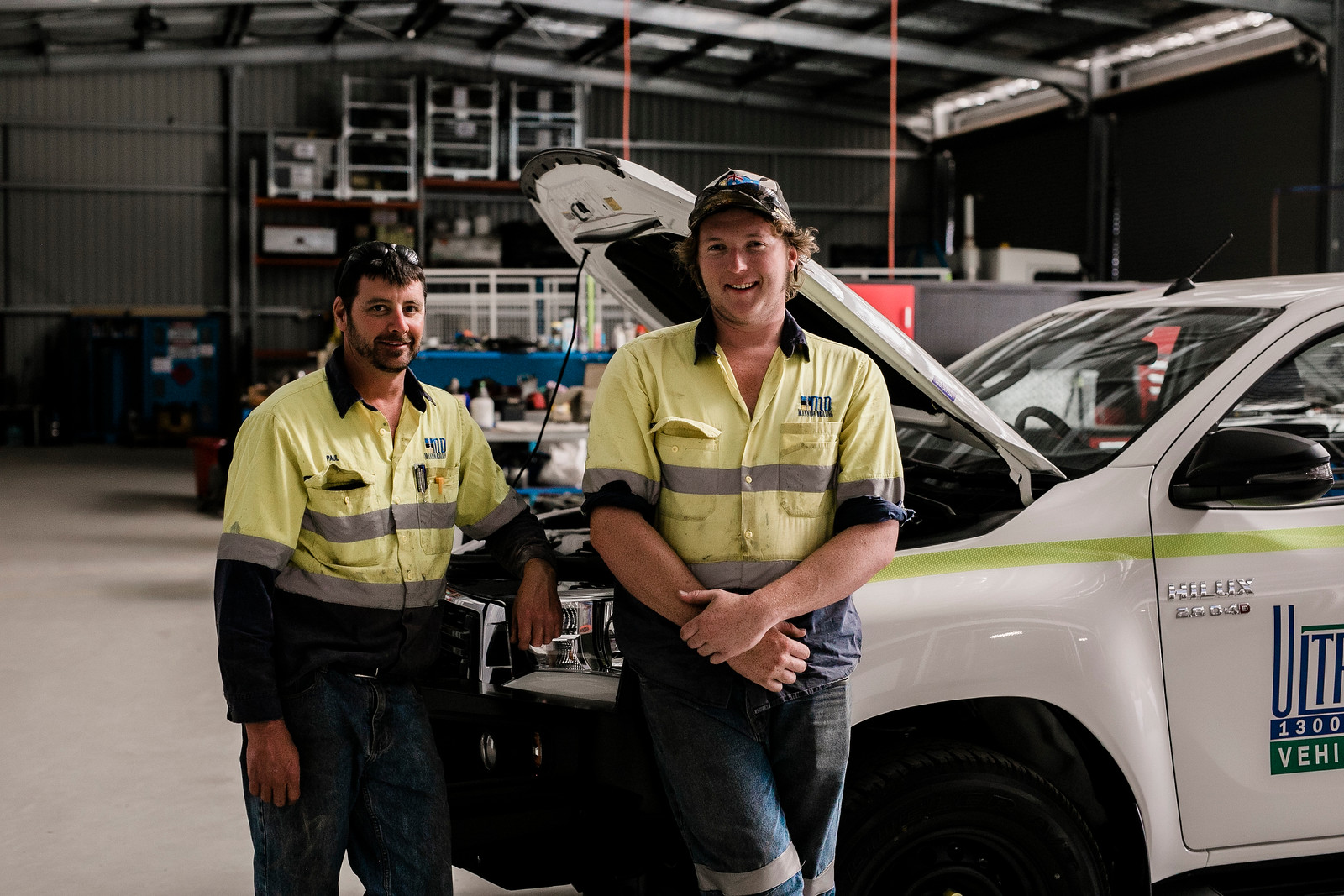 Spanning over 100 years, Mannion Drilling has seen generations of drillers with Managing Director Jason Mannion being the 4thto follow in his forefathers’ footsteps.

It’s rare to see any company last 100 years, let alone a company that lasts for 100 years in the same family. This is what makes family and Australian owned company Mannion Drilling so unique, with a century of industry knowledge and decades of practical experience dating back to the early 1900’s. Celebrating their 100-year milestone this year, the history behind the company is fascinating.

Jason Mannion lives and breathes drilling alongside his wife and Mannion Drilling General Manager Jacinta Mannion and their son Mitchell, who is proud to follow in his father’s footsteps as a 5thgeneration driller.

“The story behind Mannion Drilling is one that is quite rare these days, and I take great pride in the fact that I have continued to grow our family business and reach goals that frankly were farfetched dreams as a young lad learning the trade alongside my father,” said Jason proudly.

It all started when Charles Cox was born in 1888, becoming a driller with steam-driven early model Southern Cross rigs, first on the Darling Downs just after his discharge from the First World War and then moving into northern NSW. He married Rosina Rettke and together they had four sons and three daughters with all four sons and three son-in-law’s drilling in Queensland and Northern NSW at one point.

Their second daughter Ivy recalled from her early childhood that Charles had a thrashing machine which was driven by a steam-traction engine, and this was taken from property to property helping the farmers with their harvest. Her first memories of a drilling rig were in the early 1920’s when Charles operated his rig in the Morven area.

Their son Mervyn worked with his father in Queensland and northern NSW before eventually settling in Quirindi. Their youngest Ron was in Boggabri along with one of his sons Malcolm.

The eldest daughter of Charles and Rosina, Daisy, married Arthur (Larl) Shelley and had four sons Ken, Keith, Arthur and Ian who were all drillers. Ivy married driller J.W. George Mannion with four of their six sons entering the drilling trade. This became the start of Mannion Drilling after Ivy’s sons Mervyn and Leonard worked with Snow Cox and eventually took over the business.

Ivy’s son Neville became a mentor to his son Jason from a young age who then purchased the business from his parents in 2000. The youngest daughter, Myrtle, married John Shelley and they too settled at Goondiwindi and their two sons Lionel and Arthur were drillers, whilst Lionel’s two sons Bob and Kevin were also drilling in Queensland.

Since purchasing the business from Neville and Dorothy, Jason Mannion has taken Mannion Drilling leaps and bounds in North West NSW. “The history of our company provides me with the motivation to seek out excellence in every aspect of business operation to secure a promising future for generations of Mannion drillers to come,” said Jason.

The business has grown to a strong 35-person workforce including drillers, offsiders, maintenance and workshop crew and administration staff. When chatting to each of them, it became clear that each and every member felt like they were part of the Mannion family. “It feels like home, like you are part of the family and Jacinta and Jason believe family comes first and provide the support I need to juggle my work and family life – although to me it all feels much like the same thing,” said Mannion Water Drilling Senior Officer Kirsty Dunshea.

Mitchell Mannion has made his passion for the drilling business known, with bright and eager plans to take over Mannion Drilling in the future. “I also really enjoy watching Mitch grow within the business, knowing that he is taking pride in what will be his to carry on through to the next generation,” said Kirsty.

“I don’t even mind that he teases me about being my boss one day because I know with his skill and passion for the industry, that he will do the family proud.”

With such a passionate and inclusive workforce, it’s not hard to see why Mannion Drilling has moved from strength to strength over recent years, taking out the Local 2018 Business Awards, the 2018 Regional Awards and announced finalist at the 2018 NSW State Business Awards.

The diversity of the business is also what makes it so successful with a commitment to sustaining a 30% benchmark for Aboriginal employment opportunities and a robust training program, developed and implemented in house to maximise skill development and retention of all employees.

No two days are the same for staff. Each day is different with new projects, new sites, meeting new people and new challenges to take on along the way. For drillers, life is a bit of an adventure. There are fundamental tasks that they do to prepare for a day’s work – like loading rigs and equipment, completing safety reports and managing crews – and they then put their technical skills to work sourcing much needed water for farming or drilling an exploration hole on a mine site.

With long-term partnerships with each coal mine operating in the Gunnedah Coal Basin, Mannion Drilling’s world class crews have the skills and experience to tackle exploration bore projects for all resource types.

“Drilling holes and sinking bores is the mechanics of what we do, and we love it, but the best part of what we do is helping people and communities to secure a future,” said General Manager Jacinta Mannion.

“Whether it be discovering a much-needed water source for a farmer or unearthing mineral resources to keep local people in jobs – that’s the best part.”

Pushing full steam ahead, Mannion Drilling plan to expand their Administration Hub and Workshop to include the construction of new office space to create an in-house training facility. Future projects also include Land and asset acquisition to meet demand and for resource storage and a focus on strengthening corporate frameworks to support company growth, operations and build efficiencies.

You’ll be sure to see the Mannion Drilling family around for decades to come providing service around their base in Gunnedah and across NSW including some of the most remote and challenging areas of far and central west NSW. Happy 100-year anniversary Mannion Drilling!