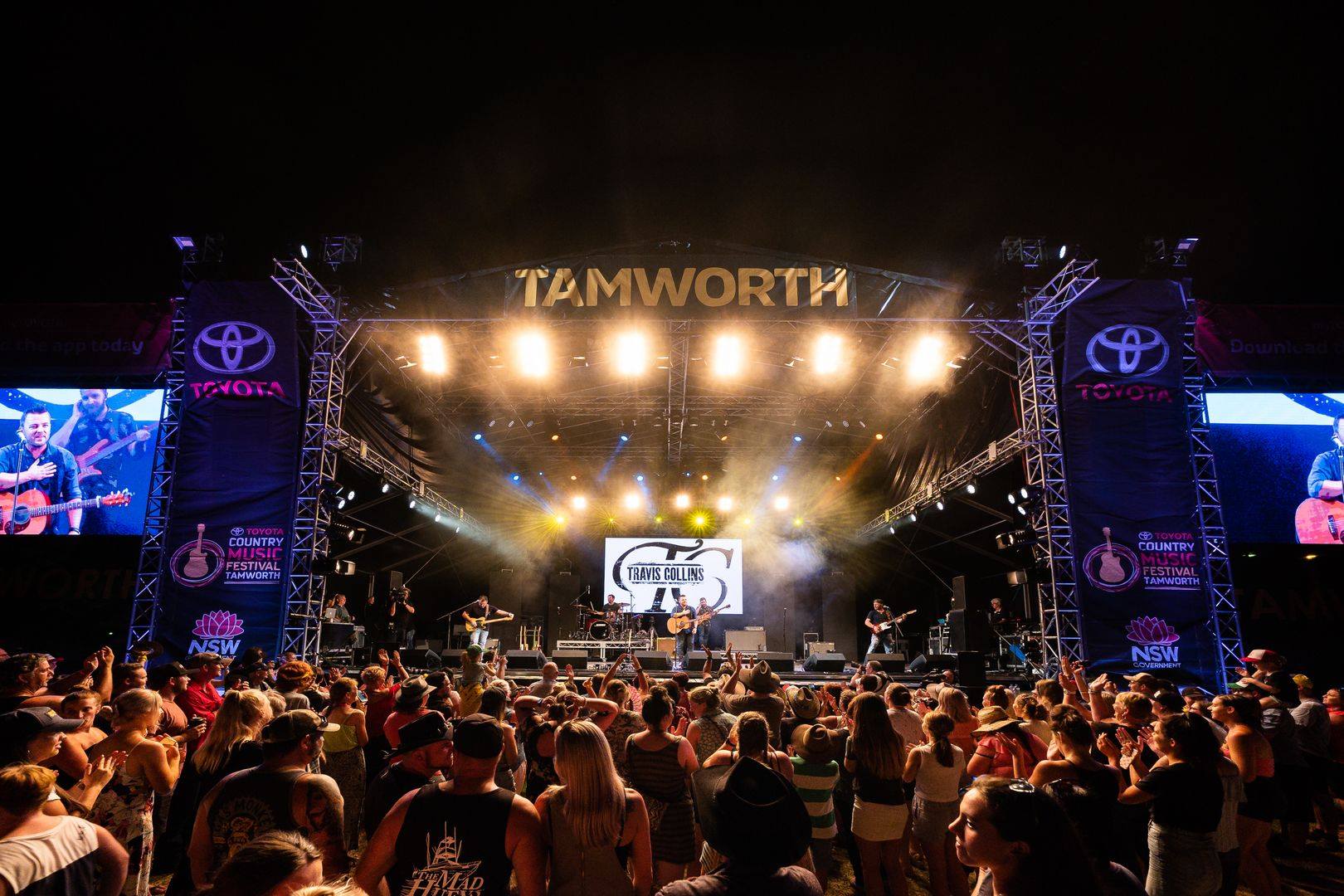 The Toyota Country Music Festival is one of Australia’s longest standing and truly authentic music events and it’s back in 2020 from January 17 to 26.

Returning for ten big days in Tamworth, the Toyota Country Music Festival will flood the town with music, activities and entertainment despite the current drought.

The country music artists gathering in Tamworth every year from all over the country, the friendly and smiling faces on everyone from young kids to retirees as they wander through the crowds, and the genuine excitement and pride that everyone feels are the reasons the Festival draws in 50,000 people to the region each day during those ten days.

According to a statement by the Tamworth Regional Council, “Bearing in mind our current circumstances Council has revisited the most current water consumption statistics and found that there is minimal difference between consumption during Festival and other days in January.”

“As this same influx of visitors adds more than $50M to our economy, the Festival must proceed to support our local business community during these especially difficult economic times.”

With over 700 artists performing across 120 venues, it’s clear to see why the festival draws such a crowd. “We are committed to remaining the top destination for country music in Australia and showcasing Australian country music’s hottest stars, emerging talent and perennial favourites. And we are proud to have Australia’s biggest country music stars return to Tamworth year on year to perform,” said Festival Manager Barry Harley.

For locals, it’s Tamworth’s transformation, the economic boost to local businesses and the great vibe in town that gets everyone out and about each year. Experiences such as the Cavalcade Parade, the buskers that line the streets and bustling venues to visit around town will entertain the whole family. It’s really an event that everyone can enjoy.

“Music-lovers visiting Tamworth in January have a unique opportunity to experience the biggest music festival in Australia featuring the biggest stars, the biggest line-up of artists, and the biggest country music awards show in the country all in one place,” said Barry.

The Tamworth Regional Council also mentioned in their statement their expectations that visitors to the region will adhere to water restrictions just like any resident and are subject to the same enforcement’s if breached.

So, if you’re looking for a way to support those affected by drought in our North West region, why not have a boogie and some fun at the same time by attending Australia’s Biggest Music Festival. Support local drought affected businesses and families and come together this January 2020 for the Toyota Country Music Festival, Tamworth.