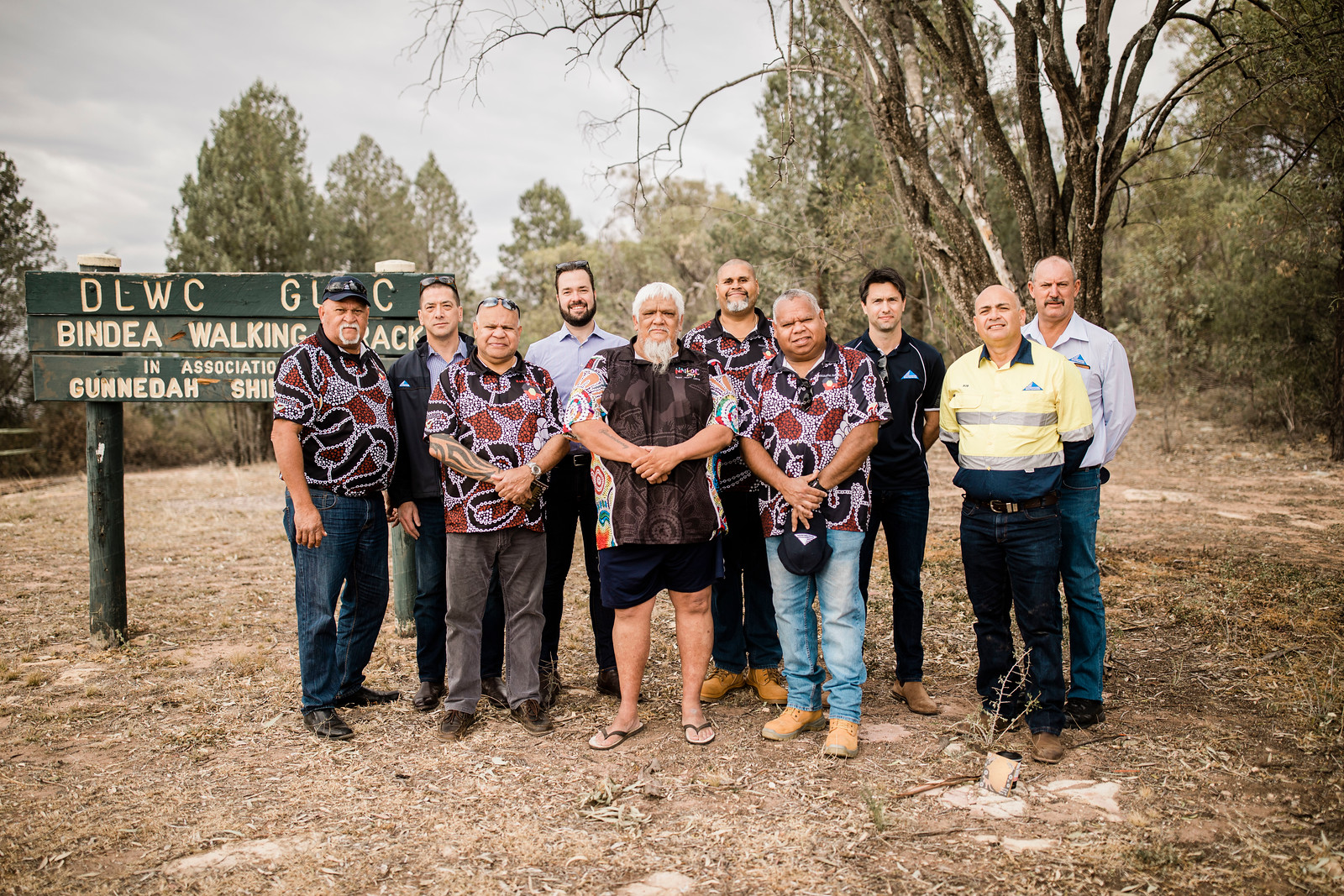 Representatives of the Barada Barna people recently visited the North West to gather ideas for their future engagement with Whitehaven Coal.

After acquiring the Winchester South Project located in central Queensland, Whitehaven have engaged and formed a relationship with the traditional owners of the land, The Barada Barna people, to consider the different ways the two groups can work together throughout the project.

As one of the first stakeholder groups Whitehaven formed a relationship with after acquiring the development site in 2018, Whitehaven welcomed Barada Barna representatives to North West NSW to gather ideas from Whitehaven’s engagement with the Gomeroi People.

Whitehaven work closely with the Gomeroi people and communities in the North West, actively participating and supporting local projects and groups across the region. Barada Barna representatives were given the opportunity to visit many of these groups including the Winanga-Li Aboriginal Child and Family Centre in Gunnedah, which with Whitehaven’s support has been able to help more children get to and from school.

Other Indigenous groups the Barada Barna representatives visited included the Kamilaroi Dance and Choir Group, the Clontarf Foundation, and the Gomeroi Narrabri People Charitable Trust Fund, as well as Indigenous-run suppliers. Whitehaven work closely as partners with each of these groups.

“We appreciated the opportunity to see the work Whitehaven Coal is doing in the communities in which it operates first-hand. We were extremely impressed and look forward to working together in Queensland,” said Greg Brown, Chairperson of the Barada Barna Aboriginal Corporation.

“It was a great opportunity to share our experience as a new Aboriginal owned business that has worked closely with Whitehaven through its Aboriginal procurement workshop in 2018 to the commencement of our first fencing job,” added Simmone Moodie, Contract Manager at Crockett Moodie Fencing, a supplier to Whitehaven Coal.

Whitehaven Managing Director and CEO Paul Flynn said the tour was a unique opportunity to share learnings from Whitehaven’s work with Indigenous communities in the Gunnedah Basin.

“Addressing Indigenous disadvantage through intergenerational support across employment, education, skills development and cultural awareness is at the core of our business and something we take great pride in.”

“This is only possible through the relationships we have built over many years with the Kamilaroi People and the close partnerships we have formed with Indigenous groups in our region.”

“Our established track record in North West NSW is what we hope to replicate in the Bowen Basin. Our partnership with the Barada Barna People is the first step on this journey together,” said Mr Flynn.

In FY19, Whitehaven entered into a Cultural Heritage Management Plan agreement with the Barada Barna – the first agreement entered into for the Winchester South Project.