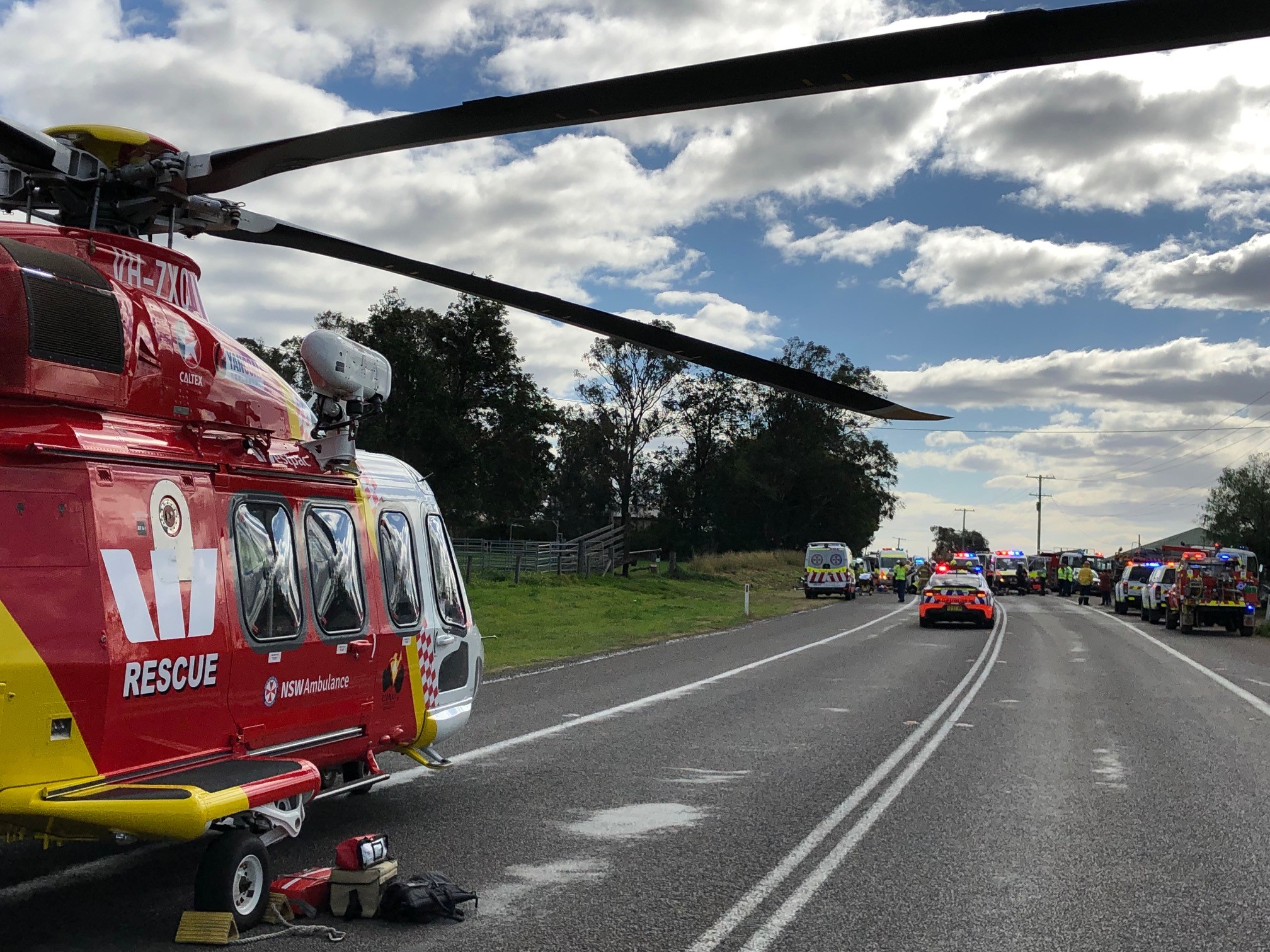 In 2019, the Westpac Rescue Helicopter Service has continued its role as a vital component of the region’s emergency care chain. As the year ends, the Service will undertake almost 1,500 missions across northern NSW equating to about 2,000 flying hours.

This work has included a variety of emergency situations where the helicopter has delivered Critical Care Medical Teams, NSW Ambulance Paramedics and NSW Health Doctors to provide lifesaving medical treatment, as patients are transported to specialist hospitals locally such as Tamworth Base Hospital or to major trauma hospitals such as the John Hunter.

To keep the helicopters flying, the Service’s engineering team brings experience from all over the world and this year they carried out the largest heavy maintenance on one of the AW139 aircraft. This project took just over two months and included more than 2,400 hours of work – which will continue for each of the remaining three aircraft within the fleet during 2020.

“All of this activity is only possible with the support of the community and our dedicated and passionate teams of volunteers in each area,” Westpac Rescue Helicopter Community Liaison Officer Daniel Gillett said.

“Despite facing many challenges this year, the business community has continued to support the work of the Rescue Helicopter, encouraging their staff to support us through wage deduction programs and other initiatives,” Gillett said.

“Local business big and small, as well as local communities, have supported our events as sponsors or as attendees, ranging from dinners, golf days, pig races, horse rides, sporting events including bowls and rugby league days and many more. The support, in the face of drought and the other issues facing our rural communities, has been unwavering and truly appreciated.”

“Our very existence as a world-class aeromedical service grew from a community wish to have a dedicated Rescue Helicopter. This remains at the heart of who we are and everything we do and we extend our sincere appreciation to the community for their ongoing support in allowing us to achieve this 24/7 year round,” Gillett concluded.

It was five years before Trevor Bendeich knew that he would keep his leg after a motor bike accident, an incident that changed his life forever and introduced him to the vital aeromedical service provided by the Westpac Rescue Helicopter.

Trevor had just knocked off from his shift at the Mount Thorley Mine, near Singleton, on the 28 November 2008.

“A ute pulled out in front of me. I don’t remember much about the accident except that when I went to stand up, there was this almighty pain in my leg that dropped me immediately,” Trevor said.

As ‘luck’ had it that day, a major piece of mining infrastructure had just been delivered to the nearby mine which had been escorted by two NSW Police Highway Patrol cars. The Police immediately swung into action and called NSW Ambulance who tasked the Westpac Rescue Helicopter to the incident.

One of Trevor’s work mates came upon the accident and while Trevor does not remember, he asked him to call his wife Lisa. According to Lisa the 13 kilometre journey with her friend driving was the longest she had ever experienced. It had been drizzling with rain and when she arrived, emergency services personnel had Trevor covered in a waterproof sheet for protection.

“She thought I was gone,” Trevor said. “I remember the rotors of the helicopter and arriving at the John Hunter Hospital and thinking this is exactly how they told us it would work,” he said.

Trevor joined the mine in 1982 and not long after that became involved in Mines Rescue. He had undergone training with NSW Ambulance and the Rescue Helicopter so when he was transported and handed over to the medical team at the hospital, he felt comforted that he knew he was in the best possible hands.

Over the next five years, Trevor underwent nine operations to his leg.

“My bones were like mashed potatoes. But I was incredibly lucky that my surgeon was a ‘newbie’ and keen to try out new ways to keep my leg. He and the team at the John Hunter were amazing and used a number of contraptions that looked like tea towel racks to mend my bones and protect nerves and vessels. I have good use of my leg with the slight exception of a stiff ankle. I certainly know when it’s going to rain – my ankle tells me so… but not so much right now sadly.”

Trevor became a member of the Rescue Club (a club for people who have been assisted by the Westpac Rescue Helicopter Service) when, now retired pilot, Ian Osborn visited him a few days after his accident to see how he was recovering. Trevor and his family visited the Belmont Base recently and inspected the AW139 aircraft and met staff and other members of the Rescue Club.

“I had been giving a few dollars from my pay for a long time before the accident. It’s a great service and I had seen it at the mines to help fellow miners out. I even thought about becoming a volunteer crew member back in the day. It is so impressive now and such a great thing for people who need it,” he said.