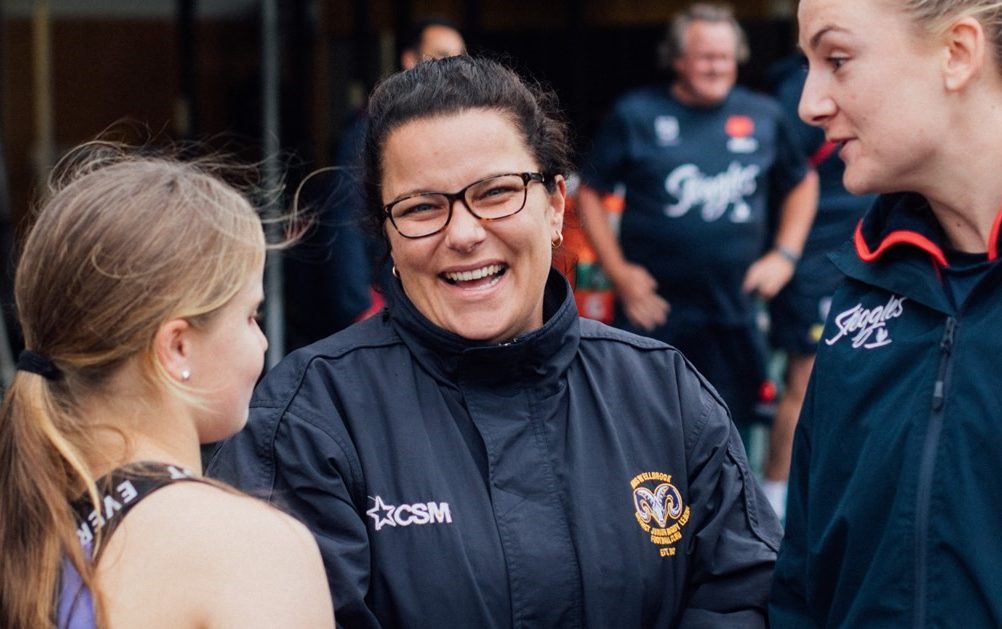 NRL Australia has recognised passionate local Bianca Johnston for her commitment to the women’s game, awarding her the NRL Women in League Award for 2019.

Bianca Johnston is an Industrial Clean shift worker at Mt Arthur South for Blackrock Industries, Secretary of the Muswellbrook District Junior Rugby League Football and is a mother to 3 beautiful children. Working in and out of the mines between having children and operating hotels, Bianca said the ride has been amazing.

Living and working in Muswellbrook for her entire life, Bianca has no plans on slowing down on her busy schedule, describing her work life balance as “organised chaos.”

With her 3 brothers playing league, footy was a natural choice for Bianca with her kids also following in her footsteps. “I have a daughter and 2 sons, and we are very family oriented and spend a lot of time together at footy, it’s in our blood,” said Bianca.

According to NRL Australia, “The Women in League Achievement Award is presented to someone who has acted as an exceptional advocate for the advancement and opportunity of women in rugby league.”

“The winner’s unique contributions will have raised awareness of women’s involvement in rugby league and will have played an active role in encouraging more girls and women to participate in the game.”

Bianca had no idea she was being nominated until she received an email inviting her to the volunteer awards evening and was completely surprised when she won the NRL Women in League Award. On top of that, representing the Greater Northern Region, Bianca took home the Women in League title at the CRL Community awards late August. “It meant everything to me to receive these awards,” Bianca said.

As secretary of the Muswellbrook District Junior Rugby League Football, Bianca organised everything to do with the club from teams to parents to volunteers and everything footy. The female game in Group 21 has come leaps and bounds since Bianca stepped up in 2016, now with more than 100 registered women across six tackle and league tag games.

Never missing a game, Bianca hopes to keep building bigger and better things for women of the sport. “My goals for the future are to try and have pathways in my area for all my girls and have my club grow in participation and volunteer numbers,” she said.

With continued growth in the Muswellbrook Women’s game and passionate members like Bianca Johnston, it’s exciting to think about where the future of women’s footy could be in the next 5 years.