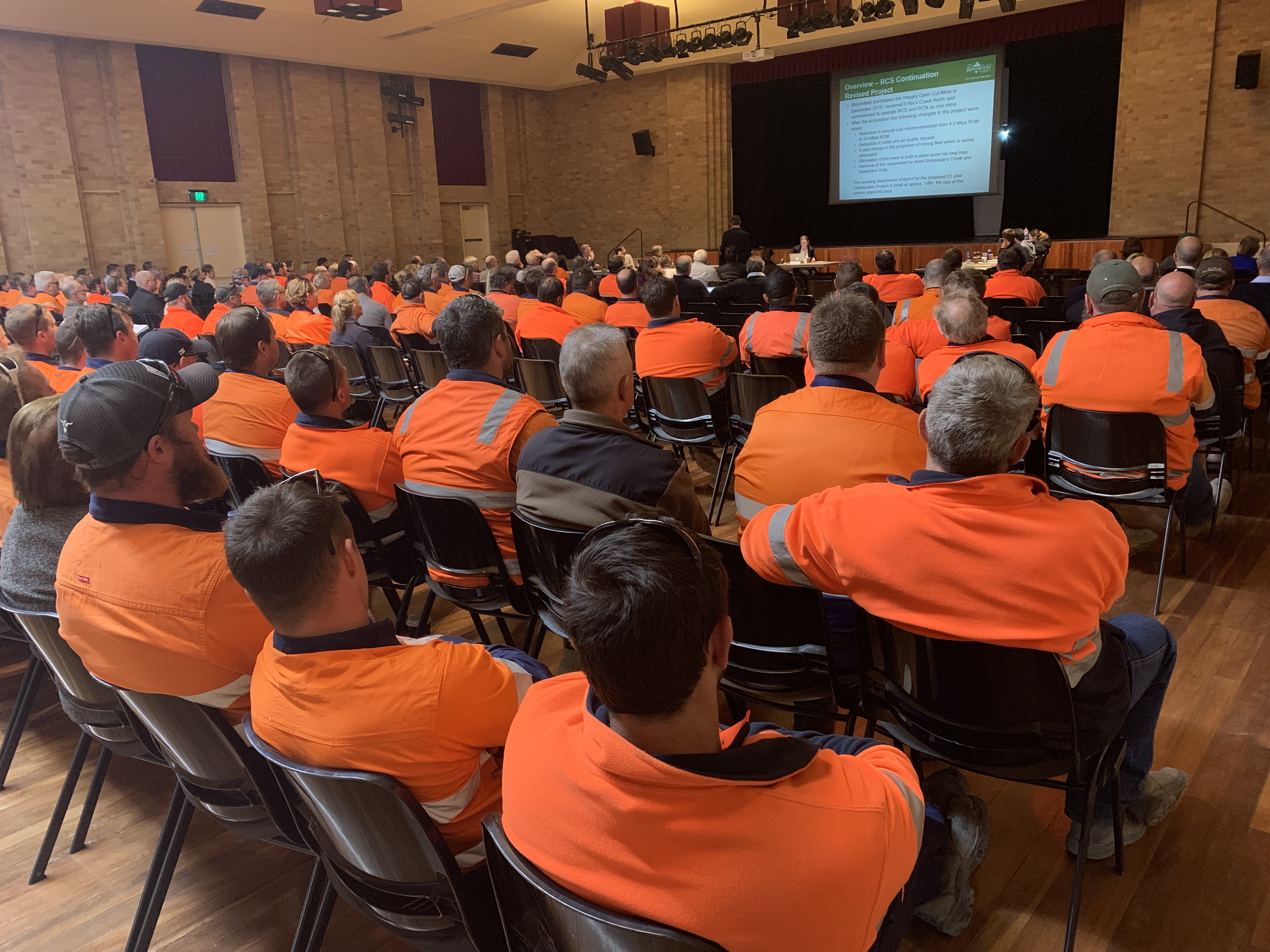 @ The Coalface has been calling for an overhaul of the planning system for years and we’re not alone. In September, the NSW Minerals Council launched a public advertising campaign calling for urgent changes to the system. Finally, it looks like action is being taken.

This year the Independent Planning Commission (IPC) has been under the spotlight for some controversial decisions made on Hunter mine projects. Here’s a recap of the last few months.

In August we saw the IPC reject the Dartbrook Mine’s 5 year extension proposal. The mine was approved to December 2022 and had applied for an additional 5 years, however the IPC found that to not be in the public interest. Refusal of the extension raises questions about whether the mine will go ahead.

Then later in August we saw the IPC approve the United Wambo project – with a Scope 3 emissions condition, a condition where it can only export coal to signatories of the Paris Agreement or countries with similar controls on emissions.

In September, the IPC rejected the KEPCO Bylong Coal Project saying the mine was not in the public interest. This refusal came after more than 7 years of assessment despite strong support from the local community, local MPs, local council, local businesses, and the Department of Planning Infrastructure and Environment which assessed that the project was approvable with conditions.

Then on October 4, the IPC approved the Rix’s Creek Continuation Project only to withdraw the consent hours later. It said an “administrative error” had resulted in the invalid determination being issued prior to the deadline for additional information. With 300 jobs on the line it’s quite a mistake to make. The approval did end up coming through on October 12, but the mistake had already been made.

After all these controversial decisions, the NSW Minerals Council launched their ad campaign which called for urgent changes to the NSW planning system to protect NSW jobs and the economy.

NSW Minerals Council CEO Stephen Galilee said the decision to initiate the campaign was not taken lightly and came after months of engagement and warnings to the Minister for Planning and others in the government about the risk of the planning system to jobs and investment.

“While the Deputy Premier and others in the NSW Government have shown strong support for mining projects and mining communities, the Planning Minister seems oblivious to the damage being done by the crisis in his planning system, especially in the regions. The industry has repeatedly warned the Planning Minister of the risks to the NSW economy and has been reassured that reforms to planning timeframes and processes would be pursued. However, no action has been taken and the problems have only gotten worse,” said Mr Galilee.

In March 2018 the Independent Planning Commission (IPC) replaced the Planning Assessment Commission (PAC). Its remit was to consider development applications for mining and other major projects in NSW by conducting public hearings on planning and development matters and providing independent advice to the department and minister. The IPC would act as the final determination authority for NSW planning projects.

But as the Minerals Council’s campaign pointed out, the NSW Government has repeatedly fast-tracked its own large and controversial projects through the state planning system, bypassing the IPC, while expecting other major projects to endure a lengthy, uncertain and costly assessment process that is costing jobs and investment in NSW.

The NSW Government has not submitted a single one of its own significant infrastructure projects to the long and dysfunctional process that other major projects in NSW have to endure, including the controversial Sydney CBD Light Rail, Sydney Football Stadium, Parramatta Light Rail, and Westconnex projects.

The NSW Government can declare – with virtually no recourse for appeal – projects ‘state significant infrastructure’ (SSI). This allows the NSW Government projects to bypass the IPC and approval lies with the Minister for Planning. In fact, the IPC plays no role in the determination or assessment of SSI projects. Assessment times for SSI projects are also significantly quicker.

Perhaps to divert attention back off this, the government has recently made some big announcements in the planning arena.

The NSW Planning Minister Rob Stokes recently requested the Productivity Commissioner to conduct a review of the IPC and report back to the Minister by mid-December 2019.

The review will examine, among other things, the operations and processes of the Commission in the State’s planning framework and whether it is in the public interest to maintain an IPC.

The government has also taken another step to prevent the regulation of scope 3 greenhouse gas emissions in mining approvals like what we saw in the United Wambo project.

For a coalmine, scope 3 greenhouse gas emissions are largely from the burning of the coal after it is sold into the market, including overseas. It’s like selling a car to someone and then being held responsible for the emissions they burn while driving that car. Nations have agreed to take responsibility for national emissions, and it is neither practical nor plausible for a state government agency to determine or manage the responses of other nations.

NSW Minister for Resources John Barilaro said the government will take legislative and other policy action to provide clarity on how ‘Scope 3’ emissions are treated within the NSW planning assessment system.

This legislation will be highly welcomed as the increasing uncertainty on how ‘Scope 3’ emissions are treated within the NSW planning assessment system has become a significant barrier to investment in NSW and a real threat to jobs and the economy, particularly in regional NSW.

While all these actions are welcomed, more action will be needed to restore confidence in the NSW planning system. Uncertainty has been caused to a large extent by the current role of the IPC as part of the planning assessment process.

The planning process is inconsistent and difficult to navigate, and makes investment in NSW unattractive. Of course, projects of scale like those in mining should have to pass through a filter that ensures genuine merit, accountability and the correct regulatory framework to be compliant and to be in the public interest. All voices should have a chance to be heard but approval should not be based on ideological views. Most importantly, the system needs to be streamlined so that timeframes are reasonable and do not drag on for years and years.

Let’s hope the post review future of planning delivers something of real value, a sensible approach and efficiency.