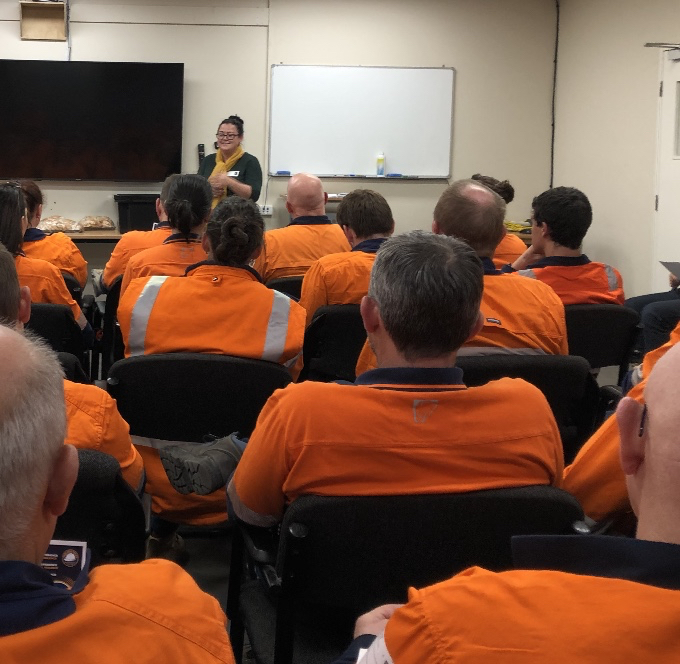 Domestic Violence is a social issue that can impact anyone, from friends and families to the workplace and wider community. It is an issue that needs to be tackled head on, and that’s exactly what Singleton Family Support Services are doing.

The coal mining industry is one of the largest employers in the Hunter Valley, with 86% of the industry being male. The Toolbox Talks program has been designed to engage and educate men about violence against women in safe and interactive training sessions.

One of the most important learnings of the program is how men and women can get involved to prevent domestic violence, through awareness and the strength to speak up.

Singleton Family Support Services (SFSS) has been around for almost 30 years, supporting local families in the Hunter Valley. A not for profit charity organisation, SFSS focuses on early intervention and prevention programs ranging from domestic violence, financial hardship and mental illness to parenting concerns, homelessness and child protection.

One of seven first round successful applicants in the Domestic and Family Violence Innovation Fund announced in June 2017, Toolbox Talks has been proudly rolled out throughout the Coal Mining Industry across the Hunter Valley by SFSS.

“If I hear something that makes me feel uncomfortable, someone else would be feeling uncomfortable too. It’s important to have these conversations,” said Lindsay.

As of September 30, 2019, Destroy the Joint has counted 44 women killed in Australia so far this year, with 2018 hitting a staggering 71 women killed due to Domestic Violence.

You might think, why the focus on the mining industry? With 86% of those employed in mining being male, and women at much greater risk of experiencing violence from a male, these talks aim to facilitate discussion and safety.

By rolling out talks in the industry, the aim is to reduce these staggering figures and educate the entire workplace from the worker to top level management to increase supports at work and empower men with tools to speak up in a safe way.

The talks are free and if any site is interested in rolling them out SFSS are happy to tailor the time and length of the talks to suit the organisation’s needs.