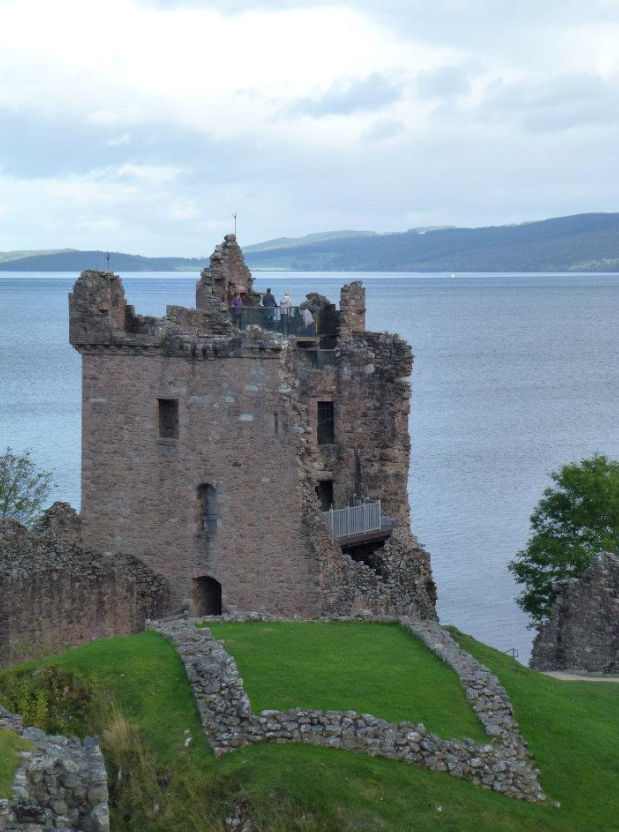 On a lonely stretch of road in the Scottish Highlands, there’s a solitary, whitewashed cottage at the foot of a great hill. A wide, rocky river winds past the front of the small hut and disappears into a valley of steep peaks and grassy moors. This is Lagangarbh Hut in the Glencoe Valley, and it epitomises everything that is romantic and wild about the Highlands.

To see it, you’ll need to take Scotland’s scenic A82 highway – a road that will take you through the awe-inspiring valley, past Loch Ness and the small town of Drumnadrochit, and through to Inverness and the Culloden Battlefield.

The Glencoe Valley is as awe-inspiring as you’d expect Scottish wilderness to be. Wide open, alpine moors give way to rugged, rock-strewn mountains. In winter, these peaks are covered in snow; in spring, they’re covered in small, purple wildflowers.

The cottage itself was thought to be a ‘crofter’s’ hut. Crofting was a style of farming particular to the Scottish Highlands, where the better land held individual crofts, and the less fertile areas were shared by the community for grazing. The produce or profits would also be shared.

In keeping with Scotland’s warlike history, Glencoe was also the scene of a massacre back in 1692. It’s infamous not for its death-toll, (which was 38), but because the soldiers who carried out the killings had been offered the hospitality of the clan for 12 days beforehand.

The National Trust for Scotland Glencoe Visitors’ Centre commemorates this massacre in an exhibition, and also has a viewing platform and ranger information.

Just over 100 kilometres from Glencoe, on the Northern edge of the great Loch Ness, you’ll reach a small village called Drumnadrochit. It’s so small, in fact, that most maps of the area don’t even show it.

It has a population of just over 1,000 people, but despite its size, Drumnadrochit is still a tourist draw, partly because of the Loch’s infamous resident, ‘Nessie’, the Loch Ness Monster.

If you believe the tales about ‘Nessie’, you’ll know that she lives somewhere in that 36 kilometre, 227m deep stretch of water.

But what is Nessie, and does she really exist?

Anything you want to know about the elusive ‘monster’ can be found at one of Drumnadrochit’s two Nessie exhibitions.

‘Nessieland’ features eleven different ‘caves’ – interactive rooms – that explore the Loch’s history and geography, and of course the varying theories about Nessie herself.

The Loch Ness Centre and Exhibition has seven themed areas and uses multi-media presentations to take visitors through the history and legends of the Loch.

If you fancy your chances at spotting Nessie yourself, you can book a cruise on the ‘Nessie Hunter’, with Loch Ness Cruises. The boat is equipped with Radar, Colour Sonar an even GPS to help passengers pinpoint the shy creature.

The Drumnadrochit area is an attraction in itself.

The town has a village green surrounded by whitewashed, stone houses and shops (and pubs) – most featuring traditional slate roofs, and just three kilometres down the road is the historic Urquhart Castle.

Dating from Medieval times (around the 1200s), the castle ruin sits on a windswept rocky bluff, overlooking the Loch.

Even touring this tiny part of the country is enough to make you fall in love with Scotland as a whole. Whether you’re looking for castles, wilderness, adventure, military history or just relaxing in a traditional pub, Scotland has something for everyone.