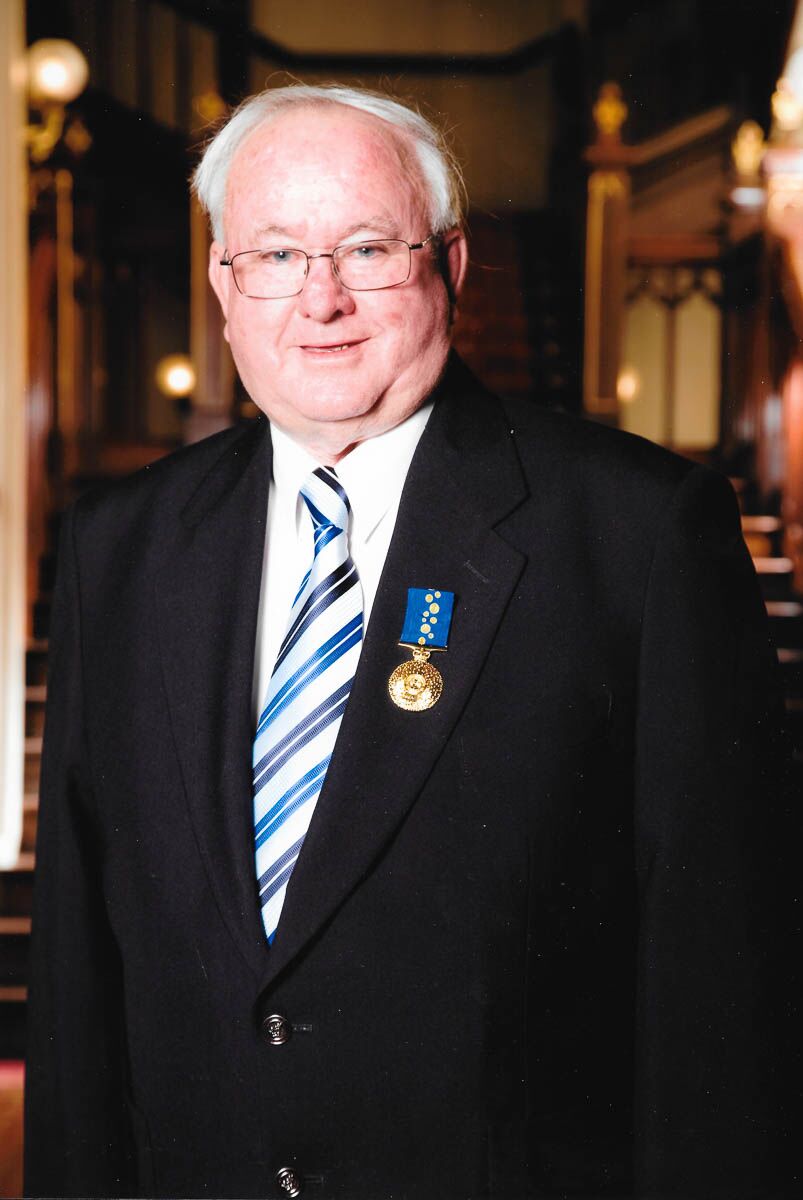 On September 10, we said farewell to local historian Brian John Andrews OAM. Although his time has passed, his legacy will long live on.

I first met Brian at the Sir Edgeworth David Memorial Museum in Kurri Kurri when I interviewed him about the Coalfields Heritage Group of which he was Secretary/Treasurer. Here among the countless books, photos and memorabilia that tell the story of the Hunter’s history was where Brian truly belonged.

So it was with sadness that I returned to the Museum to sit down with Brian’s niece Jennifer Collier and Coalfields Heritage Group Secretary, Lexie Matthews, to learn the history of the man who was dedicated to preserving history.

Brian’s biography is not a simple nor short one, this selfless and hardworking man led an extremely active life, achieving many awards and accolades. Brian died at the age of 76 after spending over four decades contributing to, and conserving the history of the Hunter.

Born in 1943 in Moree, Brian left school at 15 as his parents could not afford to continue his education fees. He started as a Technician in Training with the Postmaster’s General Department and went on to have a very successful career. At the age of 49 he took a redundancy along with thousands of others in the industry and because of many year’s hard work and smart investment he was able to retire and settle in Kurri Kurri.

Although his writing career began in 1984 when he recorded the history of the Hunter’s Mulbring Valley, it was on retirement that Brian began to dedicate himself completely to recording and preserving the Hunter’s history

“He was always looking for a new venture to sink his teeth into,” says Lexie. “He never stopped and was always looking to fill in the gaps of the Hunter’s history and more than anything he loved sharing that history with other people. He would always say to us, you have to talk to people. There’s always more to learn.”

Jenny shared some insights into the man himself. “From an early age Brian was always inquisitive, asking questions and seeking answers. He always wanted to know more. His passion for history really began when he started researching his own family history. That passion for knowledge grew and grew.”

“But there was so much more to him,” Jenny fondly recalls. “Even though he was a single man for his whole life, he was very family orientated. Most people only saw the serious side of him, but us kids got to see the other side. He was also very generous, and not just with his money, but with his time.”

Brian’s generosity extended beyond just his family. The Museum is largely funded due to Brian. For the 19 years he was Treasurer, he personally raised over $90,000. Then when Coal Services commissioned him to research and write a book detailing every colliery to ever exist in the NSW, he declined payment and instead Coal Services paid $50,000 to the Museum.

“This is what keeps us operating,” says Lexie. “These selfless acts are who he was. We have been proud to be able to tell people there is no charge to come into the Museum. That’s thanks to Brian’s generosity.”

An active member of the Catholic Church, Brian served on his local Pastoral Council and was a scripture teacher and local area Coordinator for more than 10 years, enriching the lives of thousands of children. He was a Member of the Kurri Kurri Probus Club for over 20 years and served as their President in 2001. All of the volunteer work Brian did for churches and schools and community organisations, everything from guest speaking to radio talks to heritage tours, was all done entirely gratis.

Brian received the Inaugural State Heritage Volunteers Award in 2003, has sat numerous times on the Cessnock City Council’s Cultural Heritage Committee and was awarded the Order of Australia in 2009 for his community work. In his last days Brian became the first person to be awarded a Lifetime Member of the Coalfields Heritage Group.

“It wasn’t a major award like those he has received, rather, it was a service award from his team. The people who really understood just how significant a contribution he has made. On the night before he passed, he was seen sleeping holding tightly to his trophy, so I like to think this last award meant the most to him,” says Lexie.

Over the years Brian produced numerous journals, over 180 books and countless newspaper features. He personally researched and produced over 1 million pages on various aspects of the Hunter’s history as well as being acknowledged in the work of many others. What an incredible contribution to the Hunter and what an amazing legacy he leaves behind.