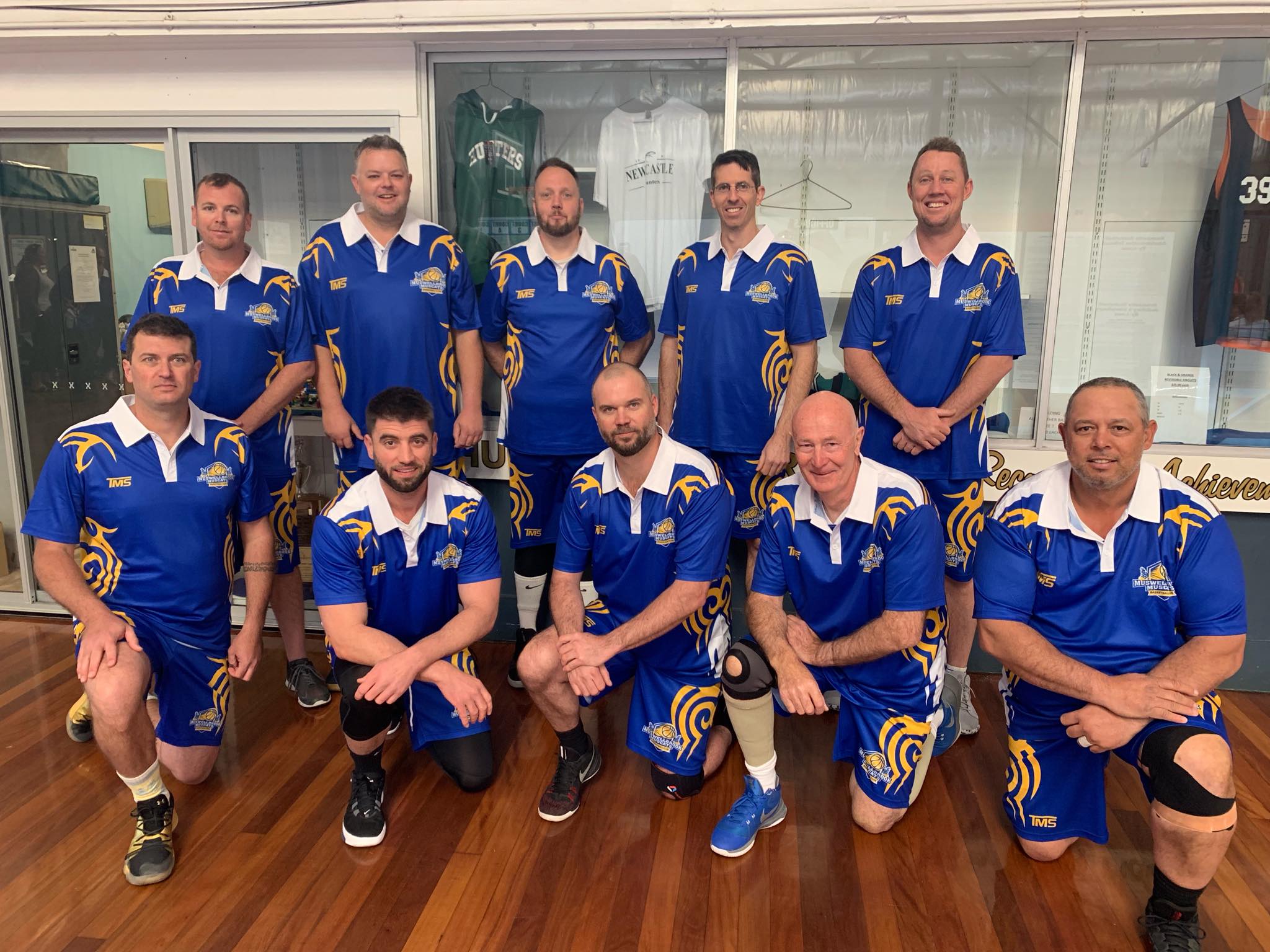 The Muswellbrook Muscats are the men’s over 35’s basketball team, who recently took home the trophy at the 2019 East Coast Masters over September 7 and 8 at Broadmeadow Basketball Stadium.

Northwest Mining generously came on board as major sponsors for the team, funding the uniforms and polos for the event. And although this year’s event has passed, the team hope for continued support to continue training for upcoming events and next year’s Masters. “The boys have asked to keep training as they enjoyed it so much,” said Coach Emily Huggins.

“I had a great weekend at the East Coast Masters basketball championships – our team represented our community with great sportsmanship and respect for everyone involved and these things cannot go ahead without the support of sponsors such as Northwest Mining, so a big thank you for helping make this happen and I hope your support continues into the future,” said number 28 Anthony Cubillo.

It was clear the friendships formed, and the sense of community felt by all players is what drove the men to success. Training for 4 months prior to the event, they hope to continue training for the rest of the year. “I was once asked why I wanted to play in the East Coast Masters basketball tournament by a friend and my answer to them was to feel a sense of community, Northwest Mining sponsorship helped that happen,” said number 98 Daryl Spicer.

“I really hope that we are able to do it again next year and the year after that. Thank you for your support Northwest,” Daryl added.

Making their debut on the court in bright blue and yellow patterns, the Muswellbrook Muscats definitely looked the part. “We were the best dressed team there,” said Captain Tim Huggins.

If you’re looking to join a team, get in touch with the Muswellbrook Amateur Basketball Association today.