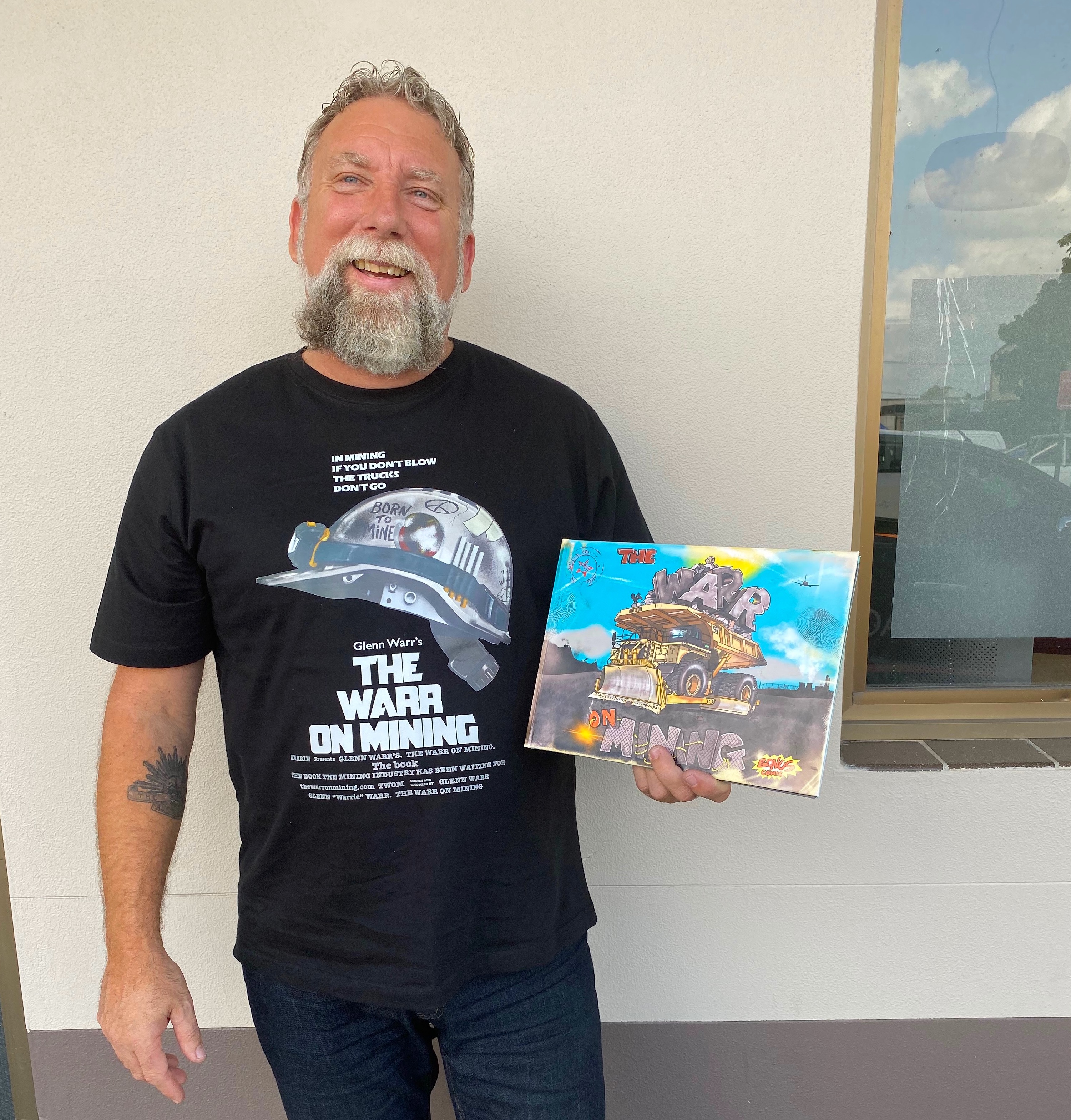 After over 20 years working in the mining industry, Glenn Warr is now sharing his story through the art of cartooning with this new book The Warr on Mining.

For the past 5 years Glenn Warr has worked with Fleet Management System implementing their GPS based equipment. Prior to that he worked with Vale putting in systems at Integra and prior to that worked as a Dispatcher and Operator. Throughout those years, one thing has remained a passion of Glenn’s, and that’s his artwork.

Over the past 12 to 15 months Glenn has been putting together his drawings, illustrating mishaps that would happen during shift, to create a unique and witty insight into the world of mining.

It all started when Glenn was in the military and was posted to our beautiful rural town of Singleton. When on exercise, he would notice many mishaps and would draw cartoons to illustrate them. When he got back, he would put it all together to make it like an underground comic, remaining anonymous, and he couldn’t keep up with demand.

“People would come in and look and have a laugh about it not knowing who it was originally – so all those pictures for many years were on the wall but in the end the manager wanted to clean the crib huts and they all got painted over unfortunately.”

Always using his talents to draw for others, Glenn decided to put some of his own stories to paper after many years in the mining industry and travelling. “I have all this information in my head, it’s just endless,” said Glenn.

So, Glenn decided to put out The Warr on Mining, for not only those in the mining industry, but also for the wider community. It’s a book that anyone can enjoy.

Amazingly, Glenn is a self-taught cartoonist with memories right back to his schooling days of going above and beyond with his artwork. He has now completed his Diploma in Cartooning and Illustrating at the College of Journalism. “I’m my own worst critic – you think you’re finished, then you look and think I might just do this or do that, but these I have finished,” Glenn said referring to his latest book.

When asked about his favourite cartoon in the book, he couldn’t choose. “They all have some meaning to me and the people that look at them they will know who they will be,” Glenn said.

Everyone that buys the book gets a limited-edition sticker, just like those that were like miners’ currency back in the day. The vivid colours and the extensive detail in every cartoon will leave you mesmerised, it’s truly a book that catches the eye and keeps you wanting more.

Glenn said, “The biggest thing is that it’s great to have something that the industry hasn’t had, and not only that for me it’s just sharing my art.”

“I’m looking forward to see where it goes and what happens.”