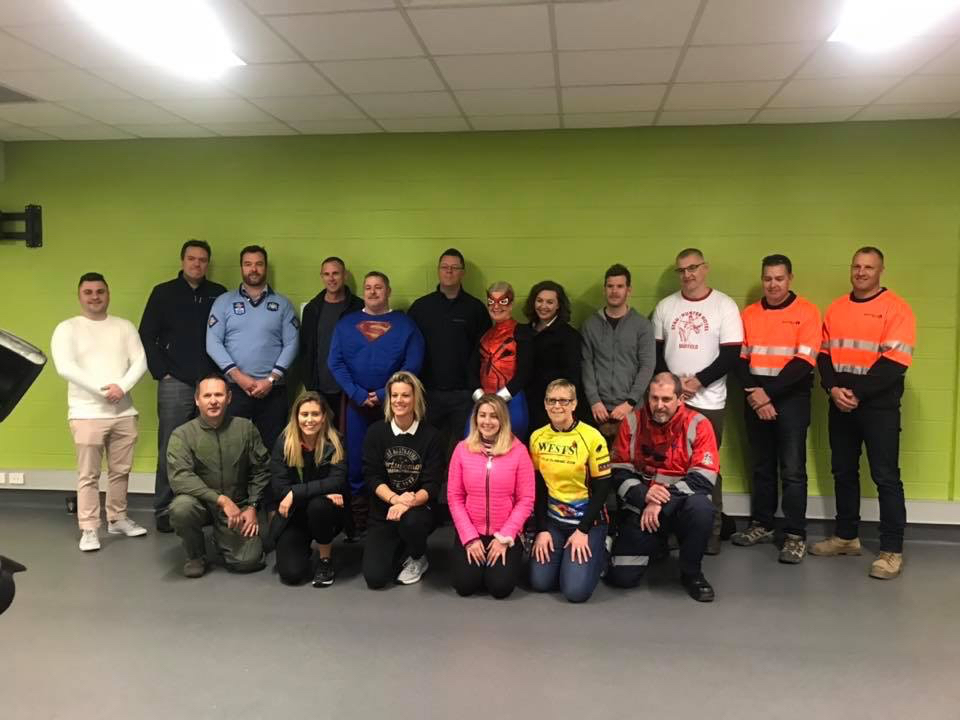 A Plus Contracting & Poly Welding have jumped to support the community yet again, this time abseiling down the face of McDonald Jones Stadium to raise money for the Westpac Rescue Helicopter Service.

Director Andrew Hughes and General Manager Damien Hamilton of A Plus Contracting have hit the top of the fundraising leader board after raising a whopping $14,616 between them for this year’s leaders leap held August 9.

“The reason we got involved is because the company has always been heavily involved in supporting Westpac Rescue Helicopter events, including the A-Plus Contracting Hunter Valley Charity Rugby League Day 2019which has raised over $380,000 over the last few years,” said A Plus Director Andrew Hughes.

Alongside himself, Andrew also nominated General Manager Damien Hamilton and also got Mayfield Group involved with General Manager Mark Klasen taking part, with hopes of raising as much money as possible.

“I was nervous at first, so thought I would take a bit of shine off my nervousness and dressed as Superman, cape and all,” said Andrew. Damien also joined the dress up party and leaped off the edge dressed as Top Gun.

The day saw 18 leaders take the challenge, many facing their fear of heights for a great cause. Our local legends didn’t get any practice runs, were strapped up and sent straight off the rooftop lowering themselves off the edge back first.

Andrew also commended the Westpac Rescue Helicopter Service Volunteers who were very helpful on the day making it a fun experience for all leaders involved.

“I’d like to say thank you to all the companies and individuals that donated the money, I would not have been able to be the highest contributor without their support,” said Andrew.

It’s the passionate members of our community like our leaping leaders that keeps the Rescue Helicopter flying 24-7 as a free service in our community through fundraising and support.